Skip to content
July 31, 2021/Comments Off on West Nile Virus detected on SW Side 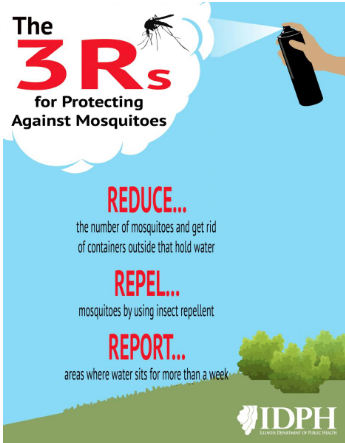 A prevention-focused poster from the Illinois Department of Public Health.

Infected mosquitoes found in Chicago Lawn; no insecticide yet

Initially, CDPH officials did not specify where in the city infected mosquitoes were detected; and they did not respond to a Greater Southwest News-Herald request for specifics. 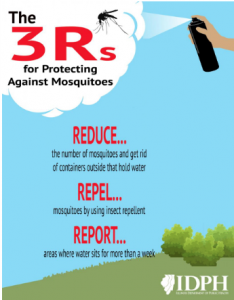 A prevention-focused poster from the Illinois Department of Public Health.

The report did not say exactly where in the neighborhoods the West Nile Virus-infected insects were discovered, but the department claims it maintains a network of mosquito traps at about 80 sites across the city.

Despite the finding of disease, CDPH has not yet ordered insecticide spraying anywhere in the city, because their own protocols require two consecutive weeks of findings of infected mosquitoes.

Despite the detected spread of the virus, CDPH officials say “the risk of human West Nile Virus infection in the City of Chicago remains low.”

With prolonged hot, dry spells this summer, the virus is expected to spread across the Southwest Side. In 2020, CDPH detected WNV in Archer Heights, Clearing, Gage Park and Garfield Ridge. The mosquitoes that transmit the virus thrive in stagnant water commonly found in hot, dry conditions.

While most people infected with WNV will experience only mild cold symptoms or even no symptoms at all, some will experience severe and disabling illness—and a few, death. Some public health officials

Those precautions include avoiding going outside after dusk, when the Northern House Mosquito is typically active and biting; wearing insect repellant that includes DEET; wearing light-colored, loose fitting clothing; and making sure that screens and other barriers to mosquitoes are in good repair.