Skip to content
August 6, 2021/Comments Off on Large crowd enjoys National Night Out in Worth 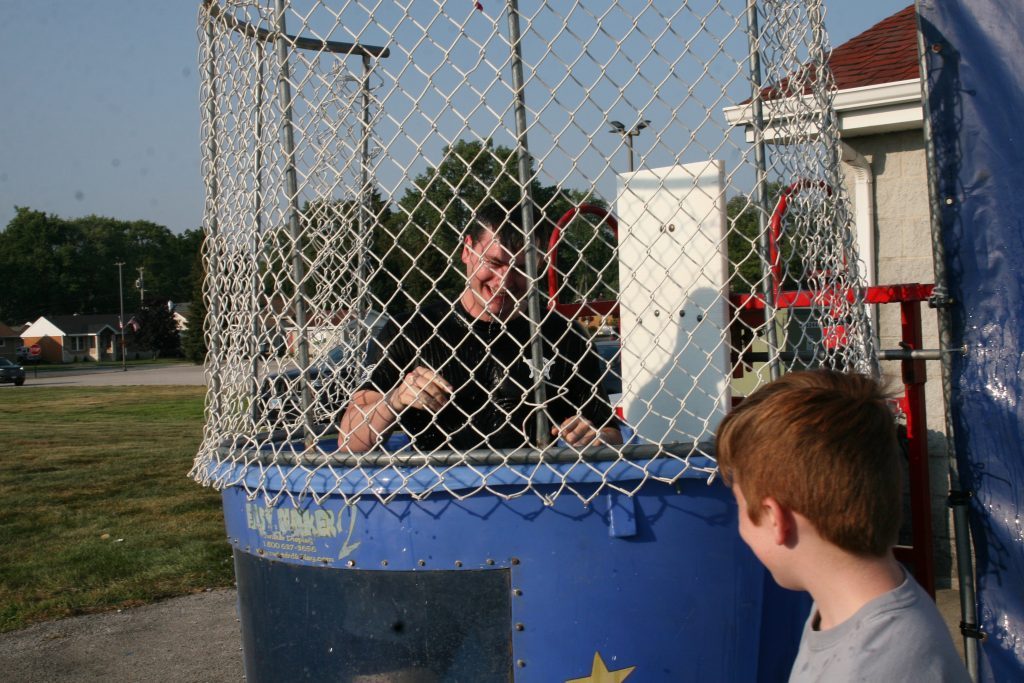 Joshua Duncan gets dunked at the National Night Out event last year at Altman Park in Worth. (Photo by Joe Boyle)

Large crowd enjoys National Night Out in Worth

Worth officials and families were eager to attend National Night Out on Tuesday after a year’s absence.

No one was more eager than Worth Mayor Mary Werner. 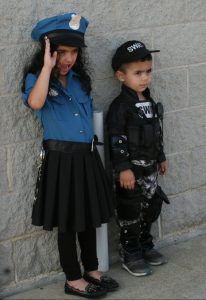 Two youngsters dressed as police officers are just part of the festivities at the National Night Out held in Worth Tuesday night.

“Last year was disastrous,” the mayor said during the gathering at Altman Park. “But yes, it is so nice to be out here this year. After everything we had to go through, this is really great.”

The National Night Out event was cancelled in Worth and other communities last summer due to COVID-19. National Night Out is a community-building campaign that promotes police-neighborhood partnerships and camaraderie. It is held locally on the first Tuesday in August.

This is the eighth National Night Out to be held in Worth, Werner said. By improving area relationships, the hope is to make neighborhoods safer.

The mayor said that the return of National Night Out is the right antidote to bringing everyone together again.

“We held it the first four years at Peaks Park,” Werner said. “It was nice but there were parking issues. We moved it over here and as you can see, we have plenty of space and plenty of parking. We have a lot of room.”

Altman Park is adjacent to the Terrace Centre and just west of the Water’s Edge Golf Course. The area is on ample land along the Cal-Sag Canal.

The parking lot was filling up with vehicles just after 6 p.m. as families and people of all ages came out to the event. A long line formed as youths received balloons twisted in different shapes that resembled dogs, hearts, flowers and dinosaurs. A face painter was on hand and was a popular feature at the event.

Kids were playing in a bounce house, too. Youths and teens also had an opportunity to play a variety of video games. Raffles were held and hot dogs were served.

And everyone had a chance to toss balls at a dunk tank. The volunteer in the tank was Joshua Duncan, who just graduated from the police academy.

“He is really something,” said Bonnie Price, the longtime Worth village clerk. “He was first in his class. He also gave the address at graduation.”

Duncan was laughing as he continued to get dunked as many youths and teens lined up to toss balls at a bell that released the lever.

Duncan was not only first in his class but also received the highest mark in firearm training.

“This is so great,” Price added. “It is nice to have so many people out here.”

The Worth Police Department sponsors the National Night Out event. The program dates back to the early 1970s but the first official year it took place across the country was in 1984.

National Night Out was established through a network of law enforcement agencies, neighborhood watch groups, civic groups, state and regional crime prevention associations and volunteers across the nation.

Along with the Worth National Night Out, events were also held on Tuesday night in Hickory Hills, Oak Lawn, Palos Heights, and Palos Hills.

The original National Night Out encouraged residents to turn on their porch lights in a salute to law enforcement. The event has since grown to include block parties, festivals, parades, cookouts and safety demonstrations.

The event in Worth included games and prizes for youths, a cookout and bingo. Worth public officials were pleased with the large turnout.

“Everyone is having a great time and the police have reached out to the community,” Price said. “This is what it is all about. Everyone appreciates that.” 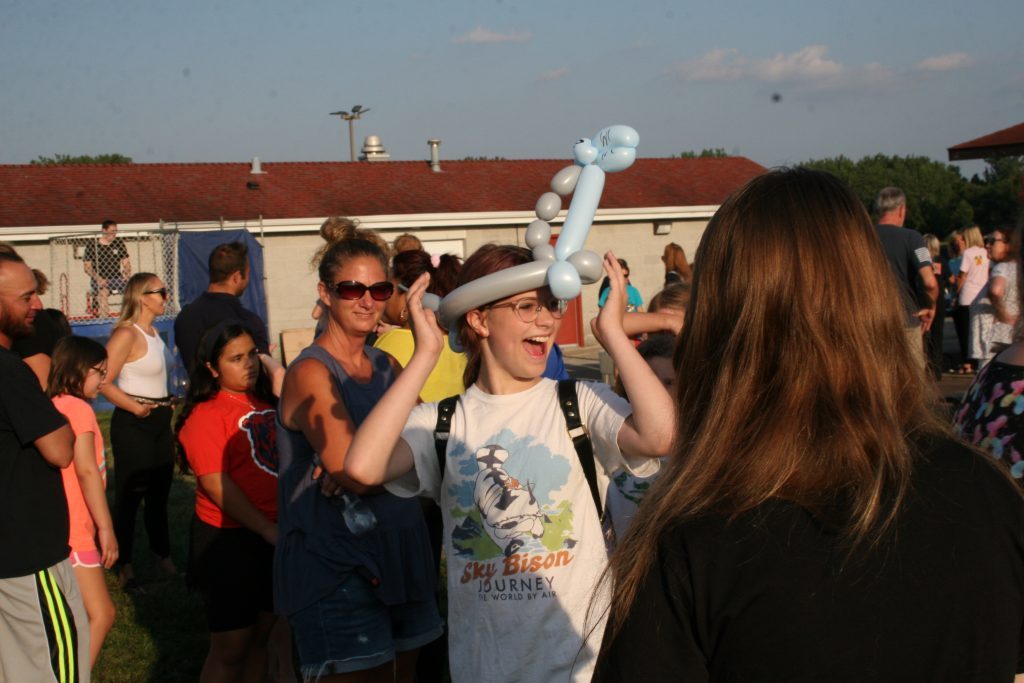 Receiving a balloon-shaped crown brought a laugh from this youth at the National Night Out held Tuesday at Altman Park in Worth.