Skip to content
August 9, 2021/Comments Off on McCormick’s place is at St. Laurence 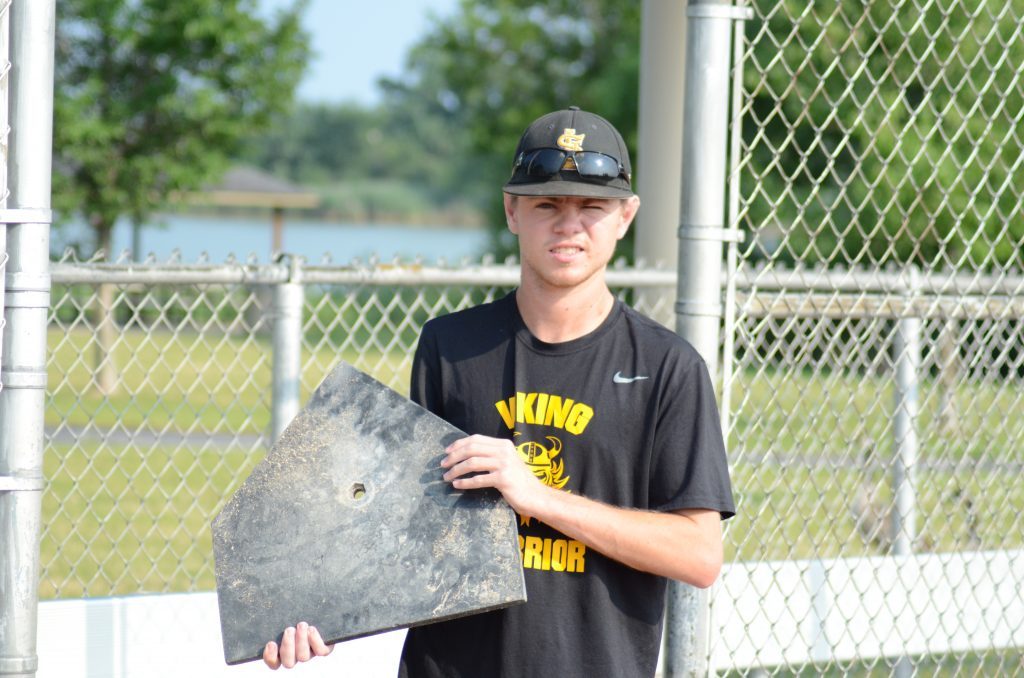 Joe McCormick holds up home plate. McCormick is back home at St. Laurence and at age 22 is the Vikings freshman baseball coach. Photo by Jeff Vorva

McCormick’s place is at St. Laurence

Since the day Joe McCormick set foot at St. Laurence as a high school freshman, he knew he had found a home.

The Orland Park resident had a tough infancy, as he had a rare birth defect called craniosynostosis. When he was 4 months old he had skull reconstruction, and still has an ear-to-ear scar on the back of his head as a reminder.

But he found a place he loved at St. Laurence.

He played baseball at the Burbank school and pitched a few varsity innings in his career, then watched with pride while his younger brothers, Matt and Kevin, built up monster careers for the Vikings. Matt continued his baseball career at West Virginia before transferring to Kentucky, and Kevin is heading to Evansville.

Now, he is back at St. Laurence and couldn’t be happier. He was named the Vikings’ freshman baseball coach during the 2021 spring/summer season and this year will be an assistant to Vikings Athletic Director Tim Chandler.

Joe, 22, is not new to coaching. He coached youth and high-school aged players with the Top Tier travel program, even coaching Kevin for a few seasons.

But getting the keys to the freshman baseball car at his alma mater is thrilling to him.

“I love it. Just being around the kids every day is great,” he said. “Nobody works harder than the kids at St. Laurence.

“I went through the program and I’m coaching with the program, and nothing has changed. It’s a lot of hard work and you can always see the kids getting better after every practice and every game.”

“I knew he was going to be passionate about it and really, really work hard,” Lotus said. “Obviously, like all of us, he has a lot to learn, but the only way you really learn is by gaining experience and getting into a position where you have to be the leader of 25 young men and make decisions and all of that fun stuff.”

McCormick said being young and having gone through the program has been important in relating to his players.

Early in his life, McCormick got involved in the Jorge Posada Foundation. The former Yankee star has a son with craniosynostosis. McCormick was able to meet Posada, Derek Jeter and Alex Rodriguez.

It’s been a wild ride.

“I’m both unlucky and lucky,” he said. “It’s unlucky that I’ve had to go through it and having the scar. But I’m lucky to survive a major surgery. I might not be here if it wasn’t a successful surgery.”

Moving towards an abortion amendment

By Rich Miller The Illinois Senate Republicans’ new leader, John Curran, told Capitol News Illinois the other day that there was nothing left to do on the abortion topic in Illinois. “The reality is, what else can we do here in Illinois?” Sen. Curran said. “The laws of Illinois are more weighted towards guarantees of…