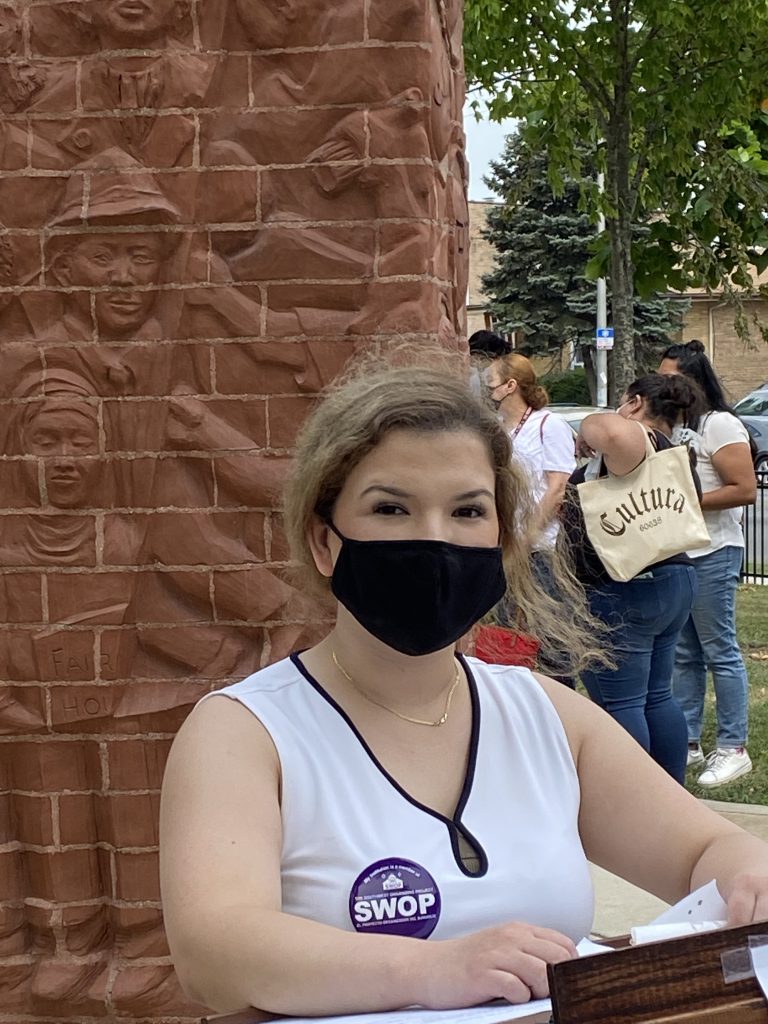 The energy in the atmosphere at Marquette Park on Aug. 6 was certainly much different than 55 years ago, when Dr. Martin Luther King Jr. first attempted to enter the park.

Last Thursday marked the 55th anniversary of that event, which is cemented in our history.

In a joint effort by the Southwest Organizing Project (SWOP) and the Resurrection Project, a group of about 200 local residents and dignitaries gathered at the MLK Living Memorial, on the southwest corner of Marquette and Kedzie, on Friday morning to reflect in a positive light on how circumstances have changed. Many of these changes have been reflected in opportunities for immigrants. 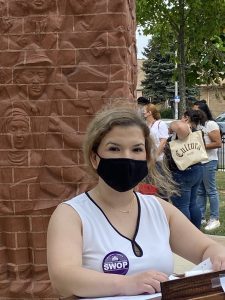 The message at Friday’s event was: because of King’s efforts, it is easier for immigrants to assimilate today than it would have been many years ago.

The Rev Homero Sanchez OSA, pastor of St. Rita of Cascia Parish, began with a quote from King dating back almost 60 years: “We will not be satisfied until justice rolls down like water.”

In his opening prayer, Sanchez talked about how we now have the opportunity to be one community, emphasizing patience and peace.

Consuelo Martinez spoke of coming to America determined to provide a good life and example for her children. “It took me almost 20 years to reach my dreams, but nothing was going to stop me. I worked, learned English, became a citizen, and my children are American citizens.”

Ashburn resident and Catalyst Maria High School graduate Angee Peralta explained that King’s convictions and perseverance trickled down to her by opening doors that may have been closed before.

With the help and support of the team at Catalyst Maria, Peralta was granted a scholarship to attend college in Adrian Michigan where, at the time, she was the only Latina at the school. Peralta has since started working as a community navigator with SWOP. And the team from Catalyst Maria was there on Friday to support her once again.

Applause greeted Cook County Board President Toni Preckwinkle as she took the stage. Preckwinkle advised that while we may look upon King as a prophet or hero, it is important to remember his willingness to speak in opposition to war and work toward racial and economic justice.

Citing problems facing DACA recipients and job opportunities, moderator Alfredo Palafox cautioned the crowd to not take achievements for granted, explaining the MLK Living Memorial in Marquette Park is a living memorial because there is always more that needs to be done.