August 26, 2021/Comments Off on Bridgeview police officer promoted to sergeant 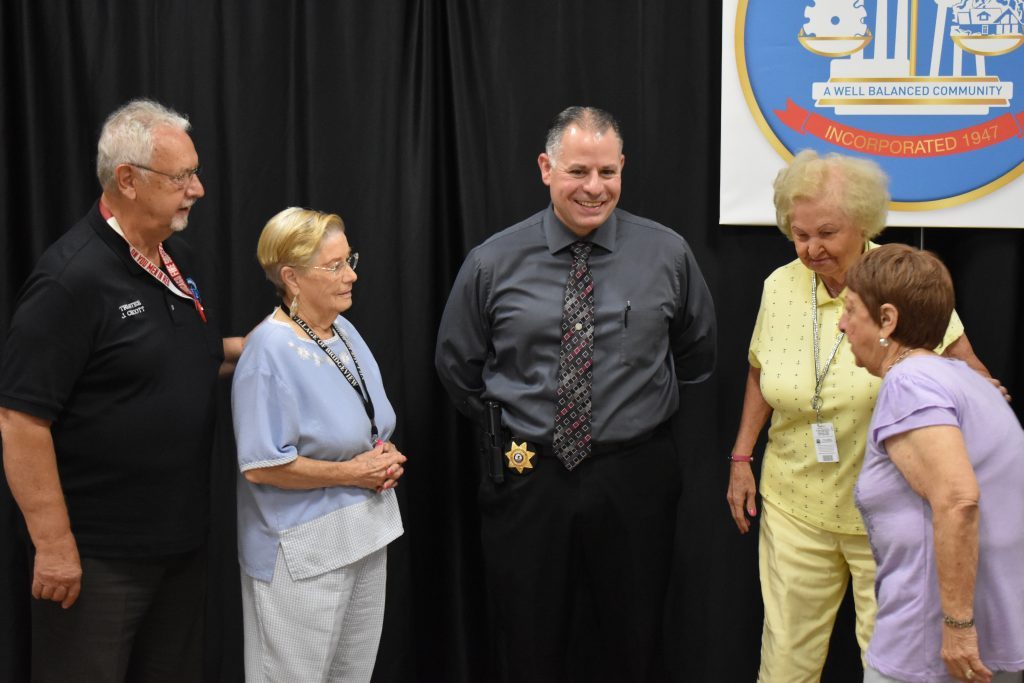 The best part of being a police officer for Daniel Matuszak has been helping Bridgeview residents.

Matuszak, 41, was appointed sergeant at the Aug. 18 meeting of the village board. He joined the department 20 years ago.

“This job is mostly about people,” he said. “You take care of the people working with you in the police department and give them the tools to help the people in the community.”

“It’s a dream I always had,” he said of his career in law enforcement.

That dream got off to a memorable start as his first day out of the police academy was Sept. 11, 2001

“I was 21 years old when I started here,” he said. “It was one heck of a day. It was chaotic. Scary. An epicenter of action. Very overwhelming.”

Since that wild debut, Matuszak has learned what it takes to do the job well.

He was a detective the past 17 years, was on the DEA task force for three years, worked with the South Suburban Major Crimes Task Force for 13 years, most recently as assistant commander, working on numerous homicides.

As a sergeant, “The challenge is doing something different for the first time in a long time.”

He looks forward to helping new police officers “grow in the same way I had the opportunity.”

“I spent the majority of my career working that,” he said. “It’s busy.”

Matuszak grew up in Chicago’s Garfield Ridge community and graduated from Fenwick High School in 1997.

Matuszak and his wife have two daughters.

In other business, the board approved spending more than $829,000 for capital improvements to F. H. Paschen, a construction company based in Chicago.

“I think it’s in dire need,” Cecott said. Buckets are often seen around the village hall when there are heavy rains.

Paschen will be paid an amount not to exceed $110,000 to pave the village hall parking lots, and an amount to not exceed $150,000 for various curb, gutter and sidewalk repairs and replacements.

The board also directed Robinson Engineering to open bids for street paving, verify the lowest bid, and direct the attorney to prepare the contract.