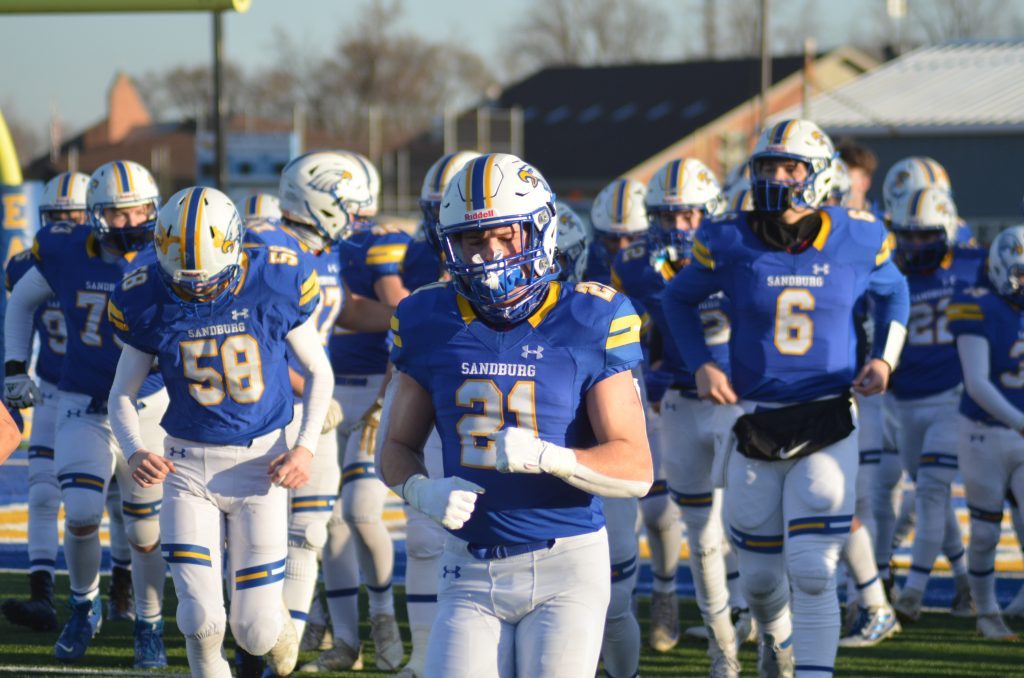 EAGLES AT A GLANCE

2021 FALL OUTLOOK: With a new coach in Troy McAllister, the only coach to guide a Chicago Public League school to a state championship — which he did twice — there is plenty of excitement in Orland Park.

Even though McAllister worked magic in 2015 for Phillips to win the state title in Class 4A and in 2017 to win the Class 5A championship, there were some growing pains that included a 2-7 record in 2010.

But after spending the summer with the Eagles, he thinks this team can with a strong season lay the foundation for the future.

“The Eagles are a hungry team looking to put together a solid season and get things headed in the right direction,” he said. “A young offense will get time to develop behind a veteran defense.”

With two-sport star, quarterback and top player Kevin Zimmer on the shelf with a knee injury sustained during the spring season, Christian Evans will start under center.

DID YOU KNOW?: Sandburg will face Andrew for the first time since 2014 when the two District 230 schools play each other Sept. 10.