August 26, 2021/Comments Off on Willow Springs swears in Lori Charles as village clerk 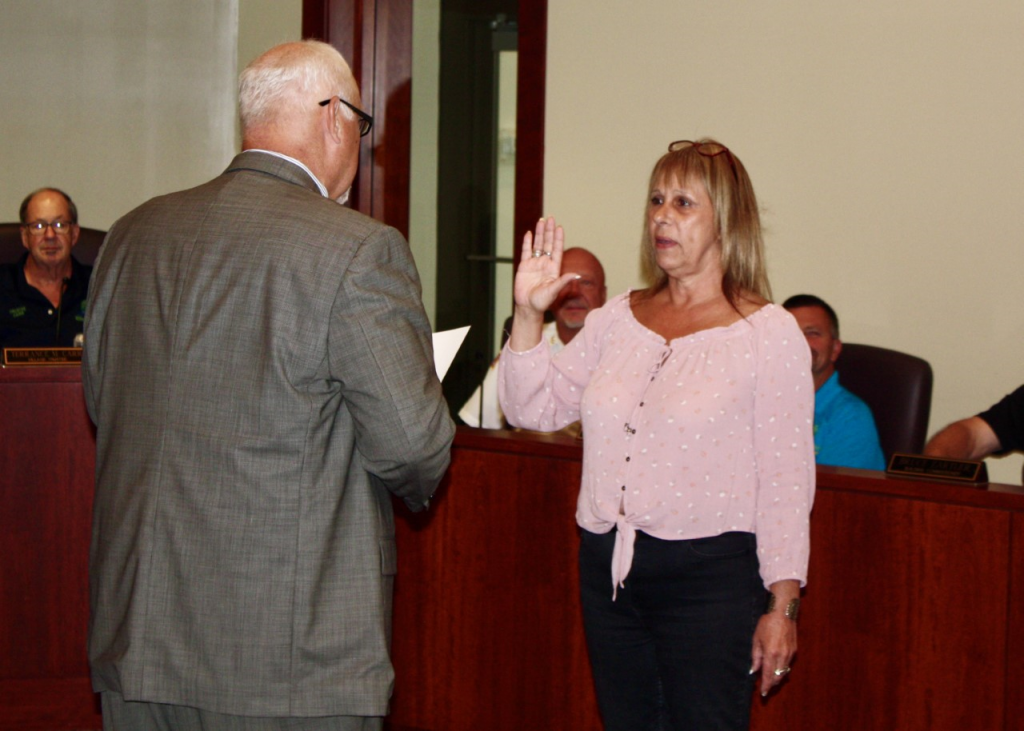 Lori Charles was sworn in as the new village clerk of Willow Springs at last week’s village board meeting.

She has worked in the clerk’s office for over 15 years and has been acting as village clerk since Mary Jane Mannella stepped down.

“She is a resident and a friend to many,” said Neddermeyer. “She has been acting clerk for the past two months. We are so happy to have her now as our village clerk.”

Charles succeeds Mannella, who resigned earlier this year to focus on her own business. Neddermeyer said Mannella left the position on very good terms.

In other business, a new full-time police officer was also sworn in at the August 19 meeting.

Michelle Cipriani, who had been a part-time officer, was sworn in as a full-time officer with the police department that is headed by Chief Jim Ritz.

In addition to the swearing ins, the August 19 meeting was chaired by Mayor For A Day Alexandra Carr. She is a sixth-grader at Pleasantdale Elementary School in Willow Springs. Her parents won the opportunity for Alexandra to chair the meeting at a fundraiser for the Pleasantdale PTO.

Neddermeyer was very pleased with how she ran the meeting. “It was an honor to have her (Alexandra) helping out.” 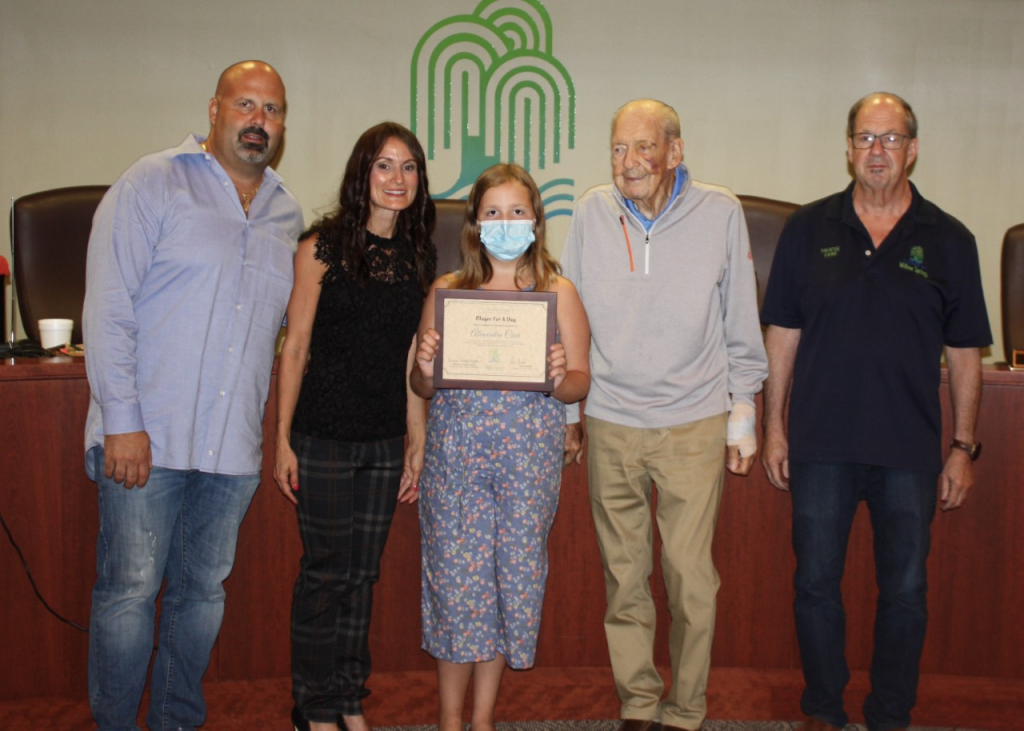