Skip to content
August 27, 2021/Comments Off on Centenarian attributes long life to his faith and hot water 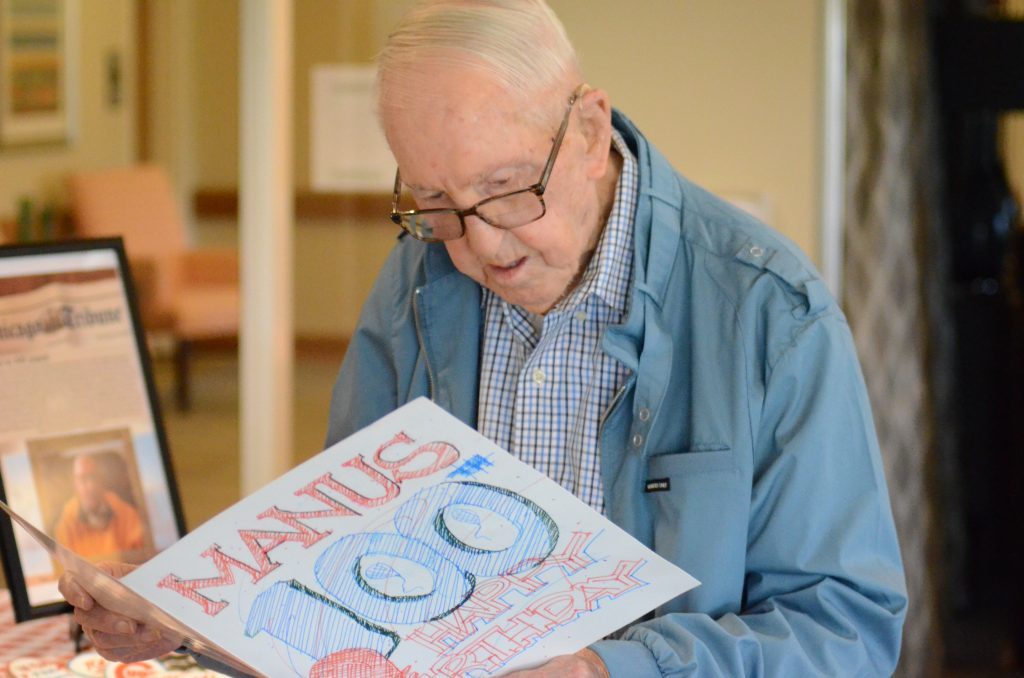 Centenarian attributes long life to his faith and hot water

Manus Keane spent a lot of his time in hot water.

Actually, he spent some of his time drinking hot water.

Since age 27, he woke up each day doing two things – praising God and heading to the sink to prepare a glass of hot water from the tap.

He said those are the reasons he is still around today. Last Friday, he celebrated his 100th birthday at Evergreen Senior Living with several friends and family members, including Terese Burke of Orland Park, Kathie Restaino of Palos Park and Mary Meyering of Palos Park.

Did he ever think he would reach triple digits?

“No, not until I got a new outlook on life,” he said. “One morning I woke up and I started taking a glass of hot water. I drank that water ever since. That’s my prescription.

“And I think the most determining thing is staying close to God,” he added. “The first thing I have in my mind is thanking him when I wake up each up each morning.

“I think we need that allegiance to God no matter whomever you are. In good times and bad times.” 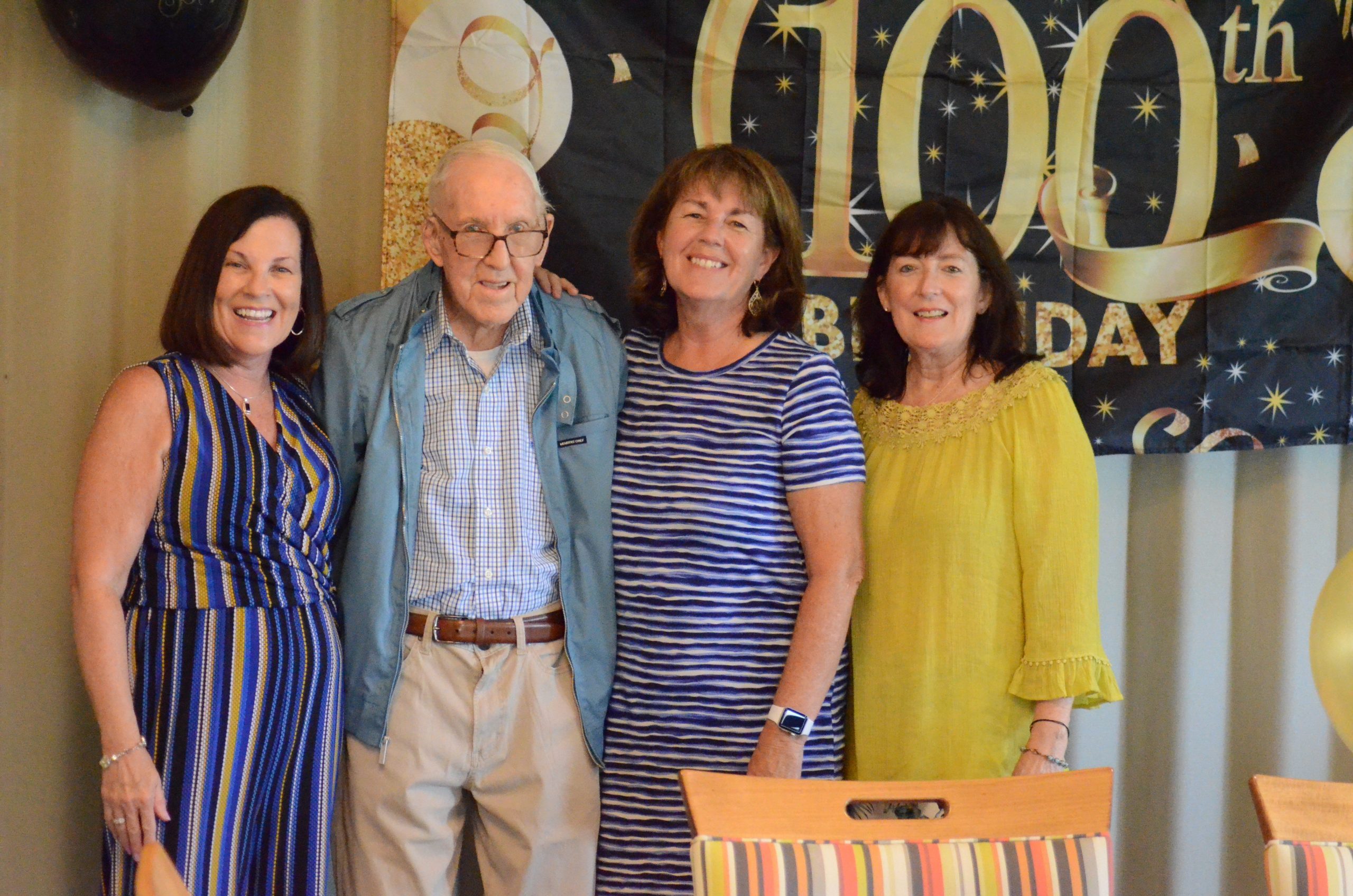 The Mount Carmel and DePaul University graduate owned two cleaning stores early in his career and later moved into the world of finance.

He was raised in a family full of White Sox fans and somehow became a Cubs fan. He said Anthony Rizzo was his favorite player until the team went on a trading spree in July.

“I don’t even know who half of the players are anymore,” he said.

For the record, the Cubs lost 6-2 at Wrigley Field to Kansas City on his 100th birthday. They won a 5-2 road game against Philadelphia on the day he was born.