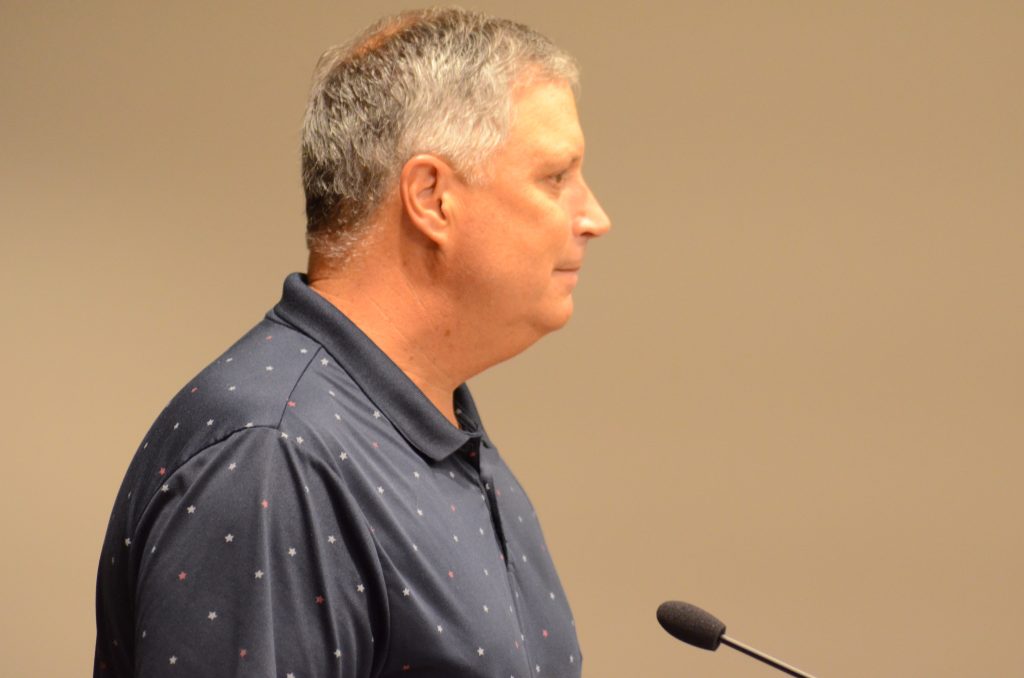 Don Borschel plans on opening an indoor golf facility in Palos Heights in the fall. (Photo by Jeff Vorva)

Indoor golf could be coming to Palos Heights.

At least that’s what mayor Bob Straz is hoping.

The City Council unanimously voted Aug. 17 to grant a liquor license to Haven Indoor Golf, which is scheduled to open at 12317 S. Harlem Ave. in the fall.

Aside from four state-of-the-art bays, the facility will offer food and drinks.

“It’s a draw to the city – it’s not just a restaurant,” Straz said. “It’s a destination point. People will be coming to town for it. It’s something different for Palos Heights and I think it’s a step in the right direction.”

Don Borschel, who was representing the new venture at the meeting, said he grew up in Palos Heights and was happy to come full circle and run a business in town.

He added that the business plans on opening from 10 a.m. to 10 p.m. until spring and summer, when the hours will likely be reduced because of an anticipated drop in demand.

He also said that area schools will be able to take advantage of the facility.

At the Aug. 17 meeting, residents on 123rd Street argued against an idea of sidewalks on their street but liked the idea one resident suggested of adding a pedestrian lane to the street.

Jack Clifford, who oversees roads and construction in the city, investigated the possibility by consulting with the city’s engineers and public works officials and said it was a no-go.

He said that among several snags, there would have to be federal approval that would be hard to obtain in a timely manner and roadway widening would trigger a redesign of stormwater facilities and new storm sewers and culverts are already installed.

Straz read off date from Cook County that said 75.3 percent of residents in Palos Heights had at least one COVID-19 vaccination and 65.3 percent had both vaccinations.

He compared his community with Palos Hills, which had 53 and 42 percent showings, and Palos Park, which had an astounding 90 percent with both vaccinations.

“We’re not totally there but the numbers aren’t bad,” Straz said. “If you haven’t been vaccinated – obviously it’s a personal opinion – please consider it.”