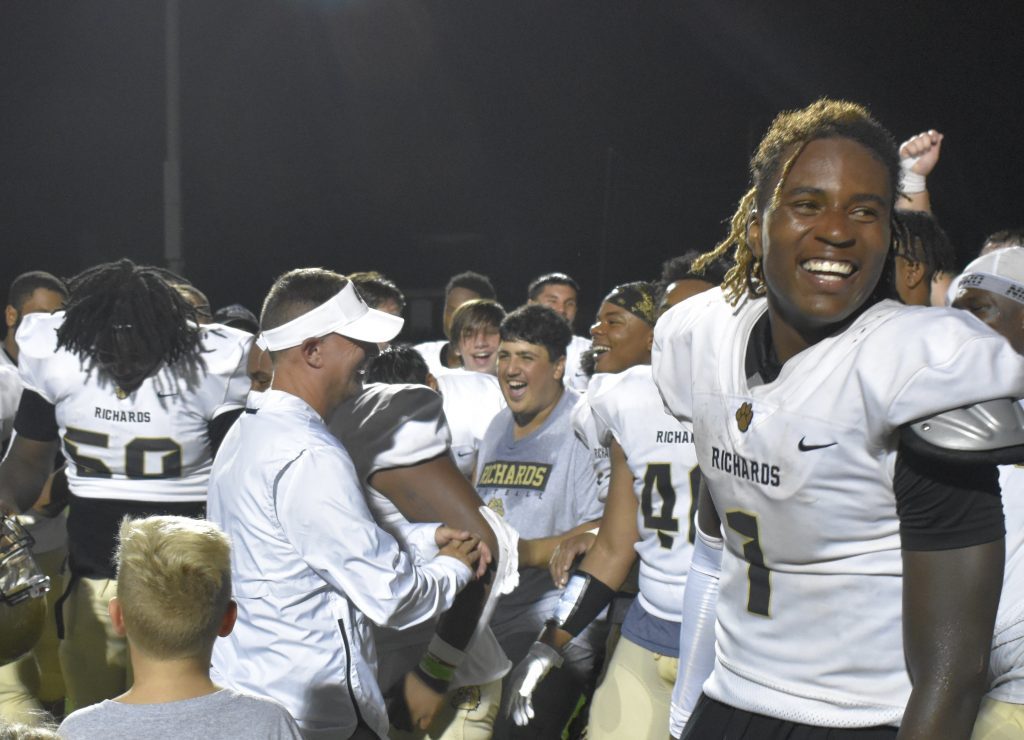 Even after the hundreds of football games he’s coached, Tim Racki dreads the first week of the season.

A great practice on Thursday had Racki feeling hopeful, but the Roadrunners lost a 20-19 heartbreaker at home to Richards on Friday night.

“I did not have them nearly prepared enough, which is a dagger in my heart,” Racki said. “That’s football. Week 1. You find out what you have and what you need to work on.”

It was evident Nazareth needs to work on punt coverage.

Garmon’s heroics came with 7:45 remaining, one play after a holding penalty against Nazareth negated a first down that came on a fake punt.

Garmon fielded the ensuing punt at his own 16-yard-line, cut to the middle and was not caught.

“I saw the middle open,” Garmon said. “Then I saw space to the left side of me. I feel happy because nobody believed in us.” 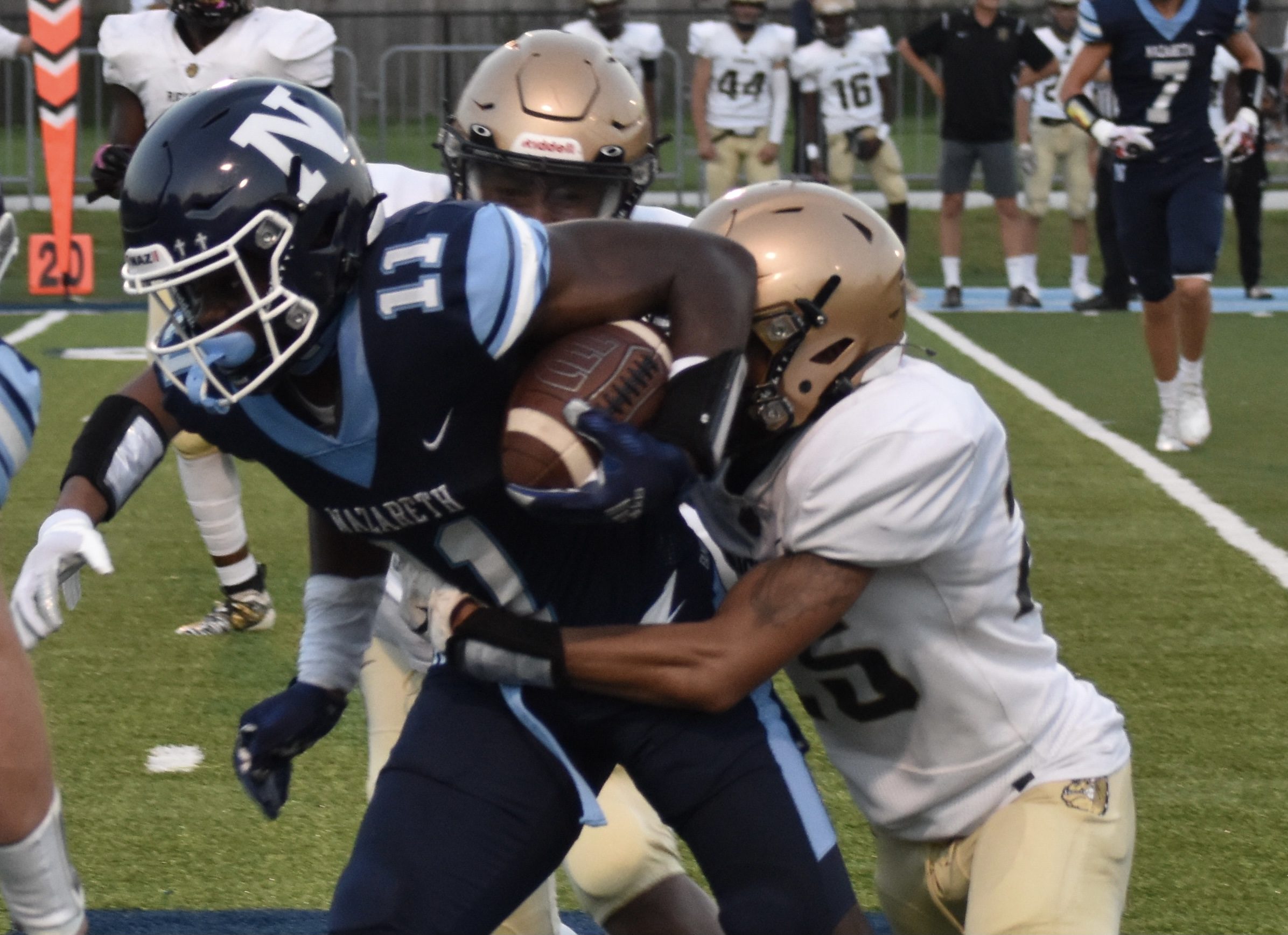 Nazareth’s Quentrell Harris, being tackled by Richards’ Jordan Caldwell, scored twice in a 20-19 season-opening loss to the Bulldogs. Photo by Steve Metsch

But it all boiled down to two plays in the fourth quarter.

On 4th-and-four at Richards’ 47, Roll faked the punt then dashed down the right sideline to Richards 20.

It looked like Nazareth — leading 19-13 — was ready to score. But a holding call wiped out the play and Roll punted to Garmon.

“That two-play swing was devastating,” Roll said. “I ran to the sideline, I was all pumped up. And then I turned around and (the ref) said ‘holding.’ I said, ‘Oh, my gosh.’”

Richards coach Tony Sheehan was so happy he dusted off a dance move, much to his players’ amusement, in the post-game huddle.

“This is a huge win,” Sheehan said. “We played a lot of young guys (in the spring) who are back now. We had a lot of growing pains.”

The Bulldogs were 3-3 in the spring, with a roster loaded with players who had never played a varsity game.

Richards opened the scoring at 2:25 in the first quarter with a 78-yard pass play to Burton.

Roll scored with 33 seconds left in the first quarter on a 17-yard pass from Aiden Pieper. The Roadrunners missed the extra point.

Harris scored on a 16-yard-pass from Pieper with 6:42 left in the second quarter. The 2-point try failed, so Nazareth led 12-7 at halftime.

That lead was short-lived, as Harris returned the ensuing kickoff 80 yards for a touchdown.

“Overall, I’m disappointed in myself,” Racki said. “The good news is it’s Week 1.”