August 29, 2021/Comments Off on Pro Soccer Report: Two Olympians back for Red Stars in win over KC 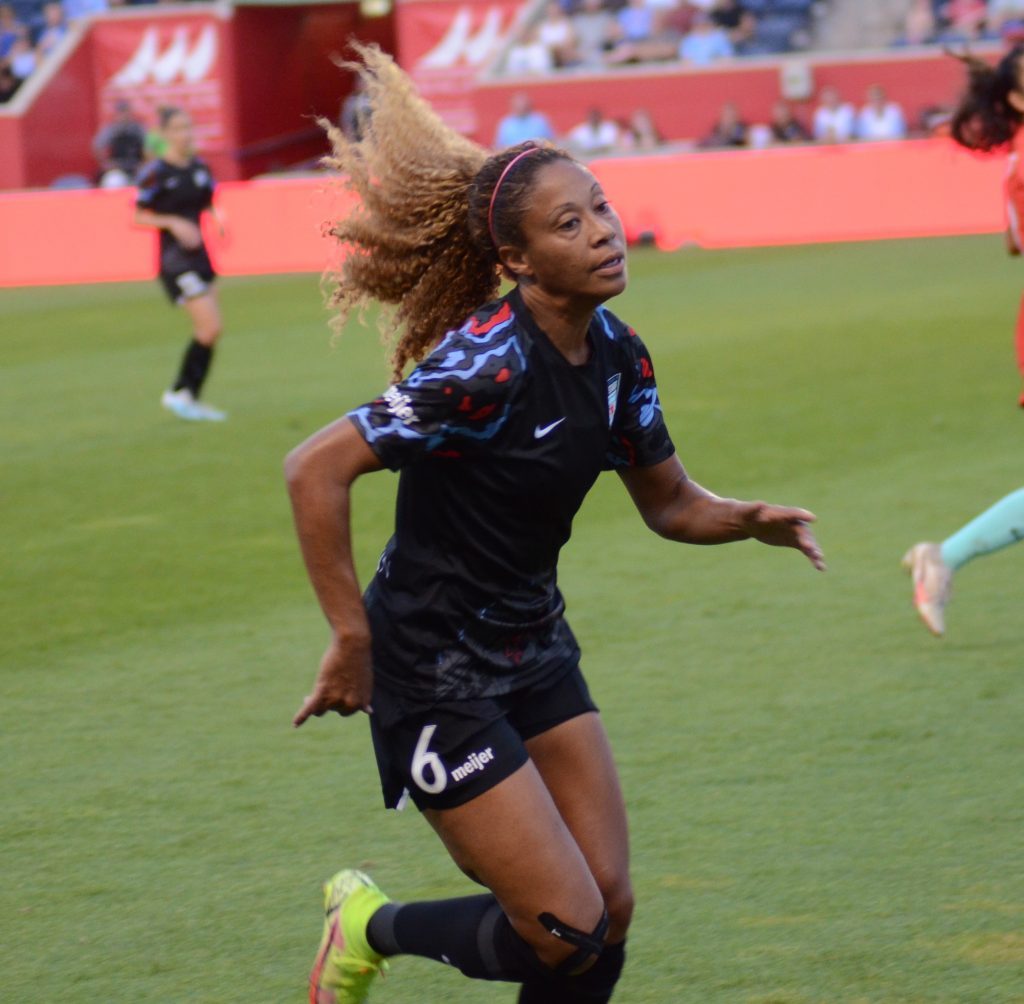 Casey Krueger was back at SeatGeek Stadium on Saturday after helping the United States win a bronze medal in the Olympics. Photo by Jeff Vorva

Pro Soccer Report: Two Olympians back for Red Stars in win over KC 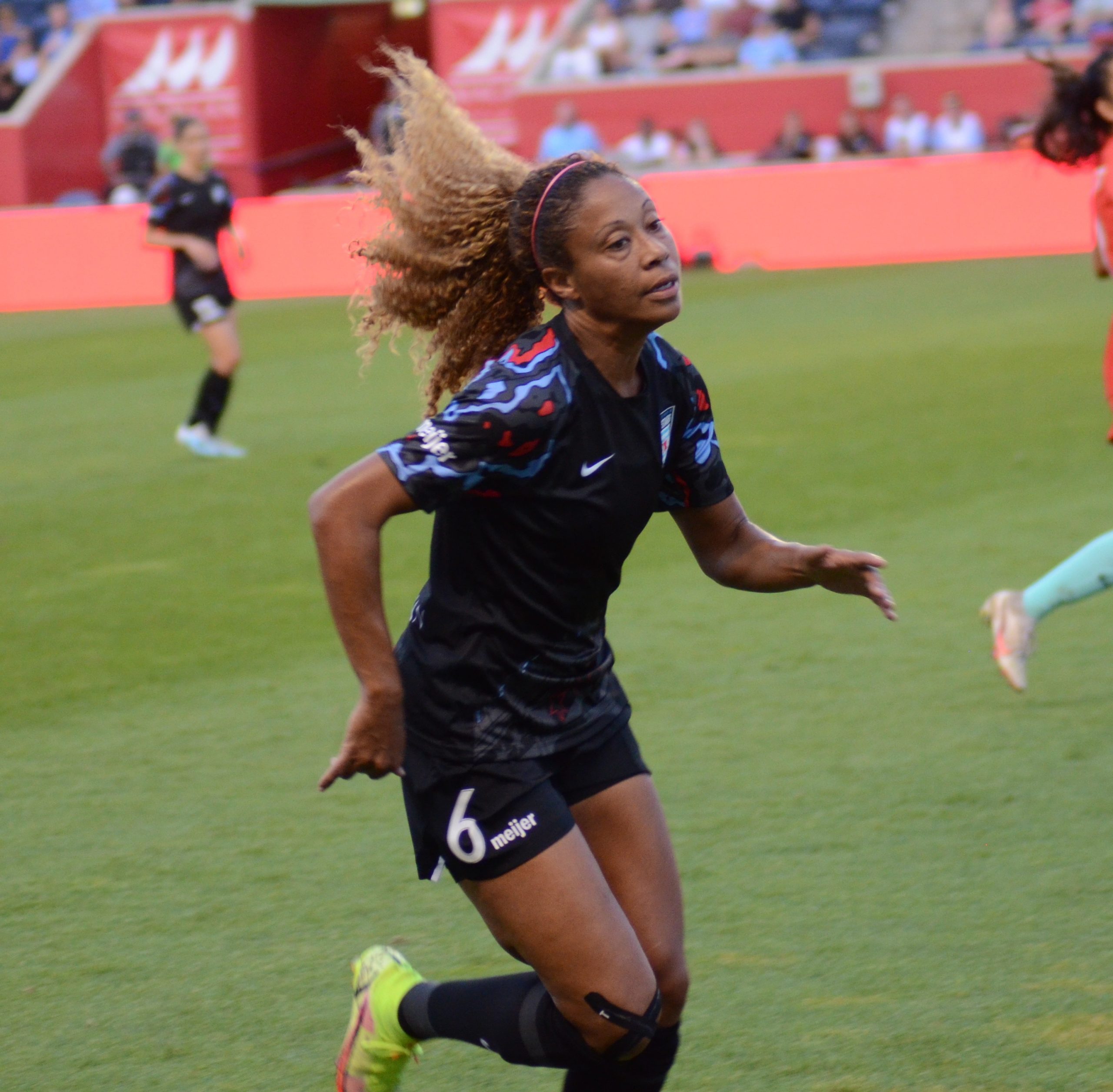 Casey Krueger was back at SeatGeek Stadium on Saturday after helping the United States win a bronze medal in the Olympics. Photo by Jeff Vorva

The Olympians are back.

Well, at least two of them.

After weeks without Julie Ertz, Alyssa Naeher, Casey Krueger and Tierna Davidson, who were participating for the United States and winning a bronze medal in the Olympics, Krueger and Davidson were back in a 1-1 tie at Louisville on Aug. 18.

They also had a homecoming in a 3-0 victory over last-place Kansas City in Saturday’s NWSL home game Saturday at SeatGeek Stadium in Bridgeview in front of an announced crowd of 3,536.

The injury status of Ertz and Naeher are still unknown, according to Rory Dames, but the coach is crossing his fingers he can get them back, along with veteran Vanessa DiBernardo, who has been out since late July with a concussion. 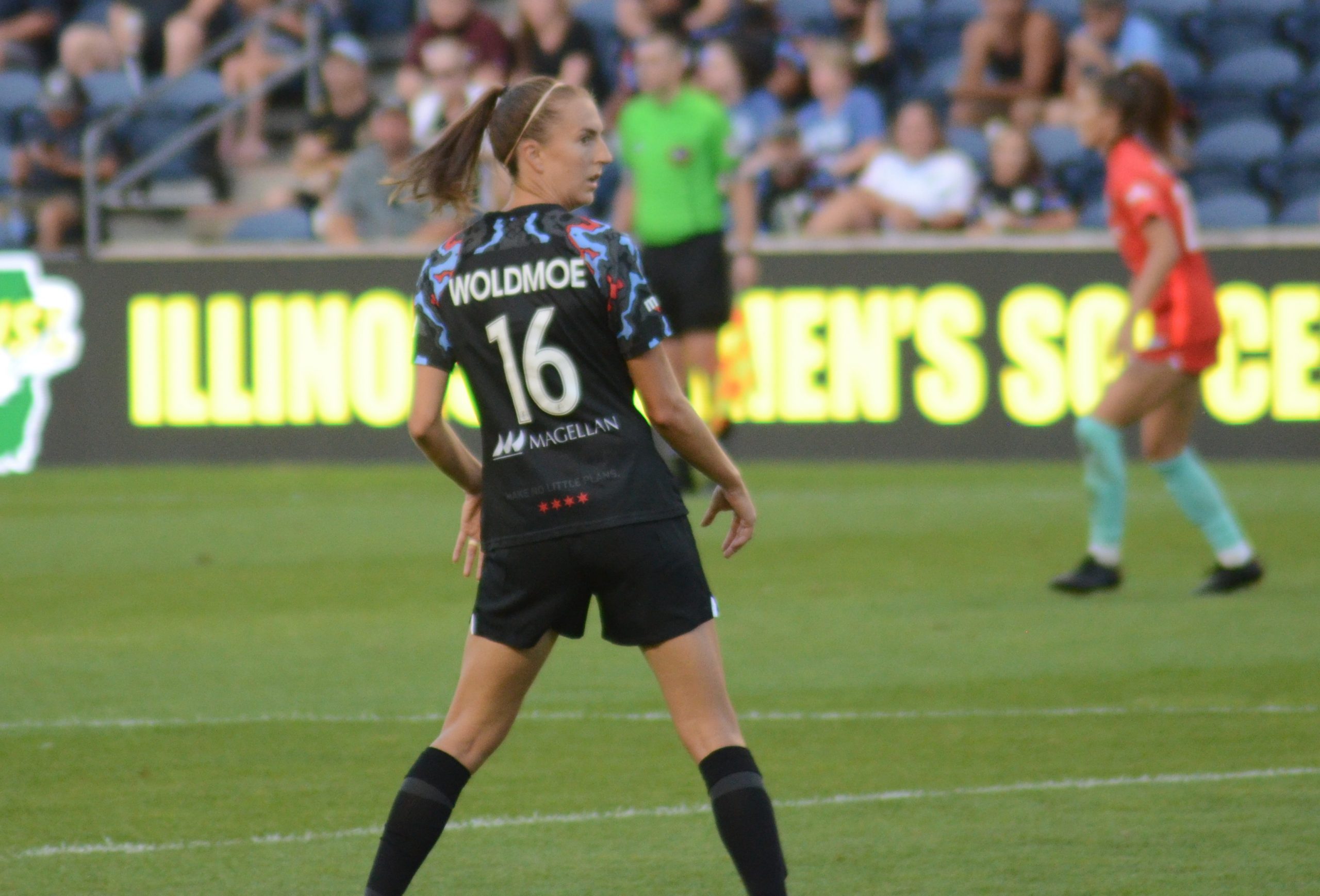 There was no looking back for Sarah Woldmoe, who scored two goals for the Chicago Red Stars against Kansas City on Saturday at SeatGeek Stadium. Photo by Jeff Vorva

Woldmoe scores twice
Sarah Woldmoe, who had 11 career goals in 69 games with Sky Blue from 2015-2020 scored her first two goals in a Red Stars uniform against KC in the 36th and 62nd minutes of the game.

“Without going into too much strategy, Sara is not usually in the box, but I put her in the box for a reason this week,” Dames said.

Katie Johnson scored in the 81st minute to ice the game for the Red Stars, who are 7-7-3 in the league and in fifth-place in the 10-team league with 24 points.

Up next
The Red Stars face New Jersey/New York Gotham (5-5-6) at 7 p.m. Saturday at Red Bull Arena in Harrison, New Jersey. The Stars and Gotham tied 0-0 in their previous meeting in Bridgeview May 22.

The House had a rough go in its SeatGeek Stadium debut on Aug. 21, dropping a 4-0 decision to New Amsterdam in front of an announced crowd of 1,183.

On Sunday, the House played Detroit strong but dropped a 1-0 setback to the defending NISA champs as Maximiliano Rodriguez scored the lone goal in the 64th minute on a penalty kick. 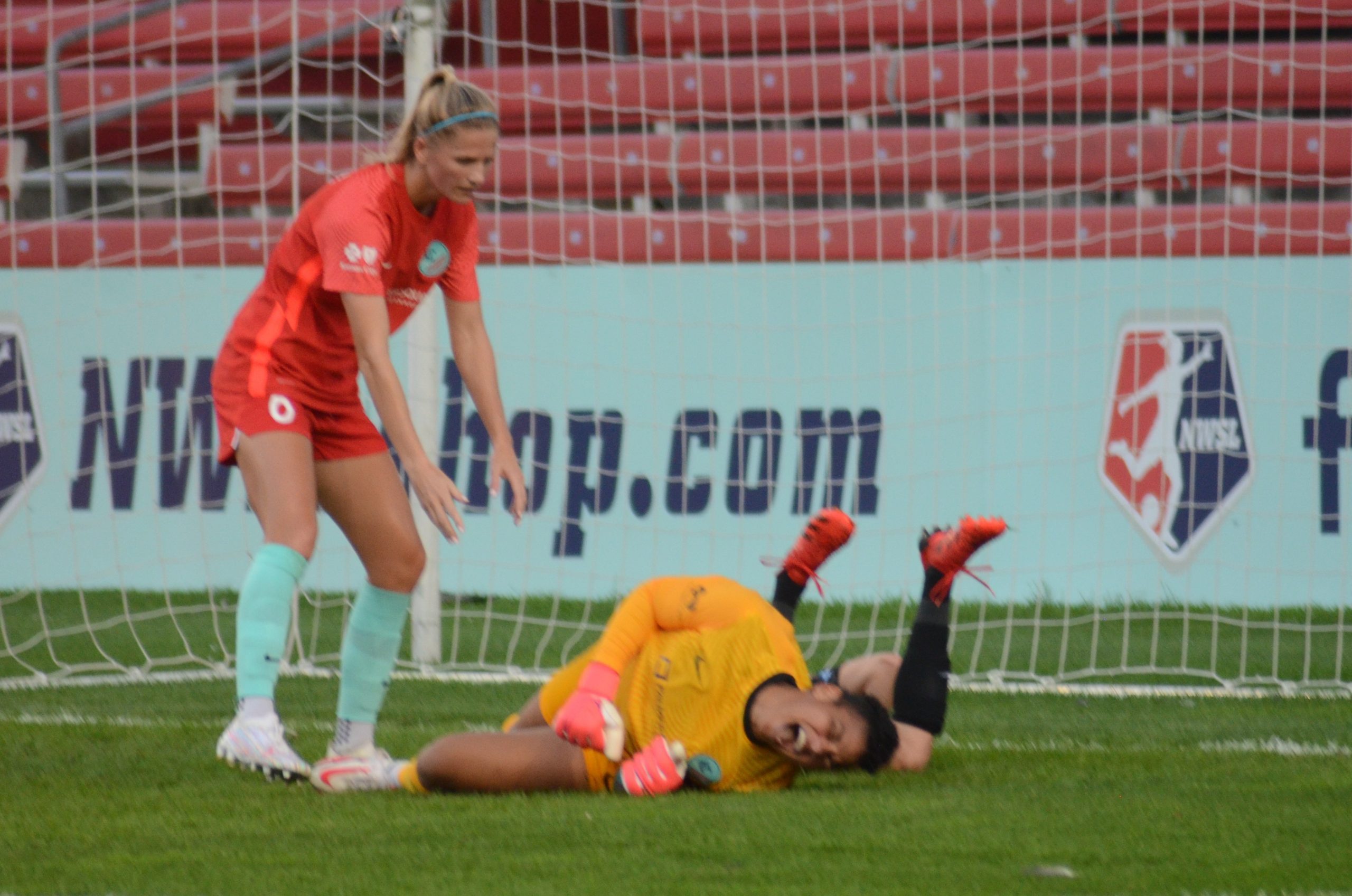 KC goalie Adrianna Franch is in agony on Saturday after a collision with the Red Stars’ Rachel Hill. Franch was shaken up but stayed in the game. Photo by Jeff Vorva