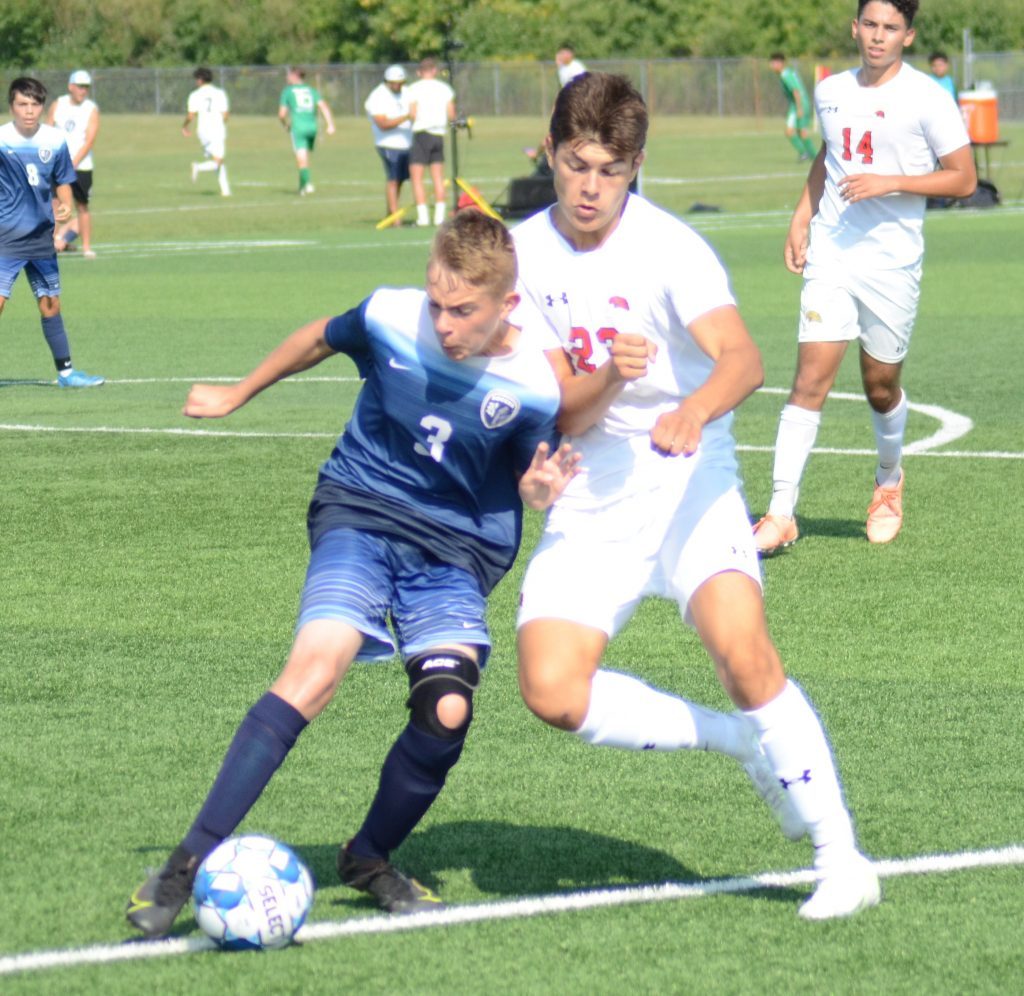 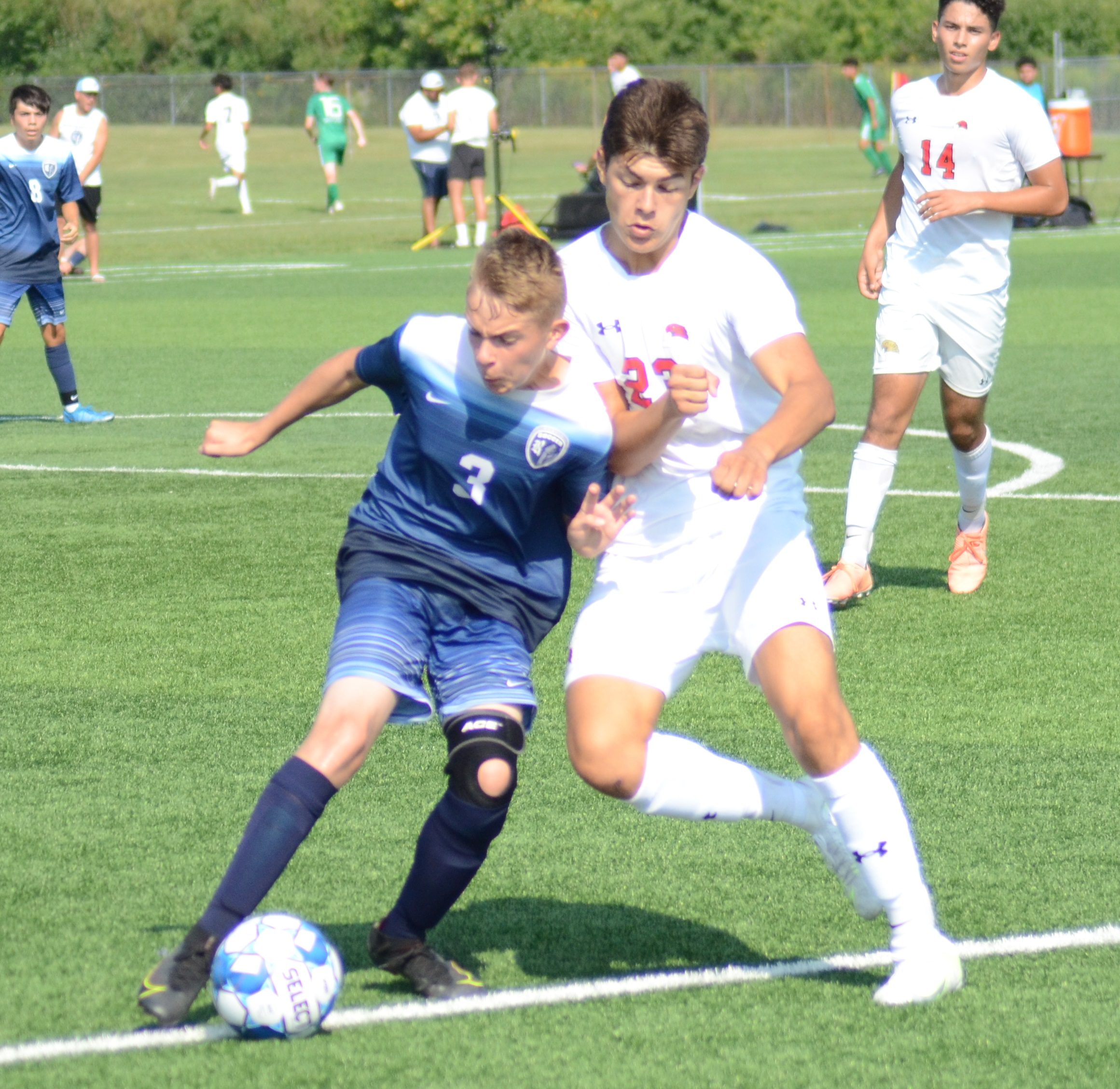 Bryson Roberts is back on the pitch and better than ever.

The Marist junior forward, who skipped his sophomore season to focus on club soccer, has returned to the high school soccer scene and scored four goals in three matches to help the RedHawks advance to the Final Four of the 32-team Windy City Ram Classic.

“I wanted to come back and play with my brothers — my teammates,” Roberts said. “It’s the last ride and the last dance with these guys. We have a lot of talent with Liam Bennett, Marc Anthony Carreon and Connor Cooke, and I just wanted to share the field with them.”

Bennett, Carreon and Cooke are seniors but have played with Roberts on various teams over the years, including Marist in 2019.

Roberts had two goals in a 3-1 quarterfinal win over host Reavis on Aug. 28. 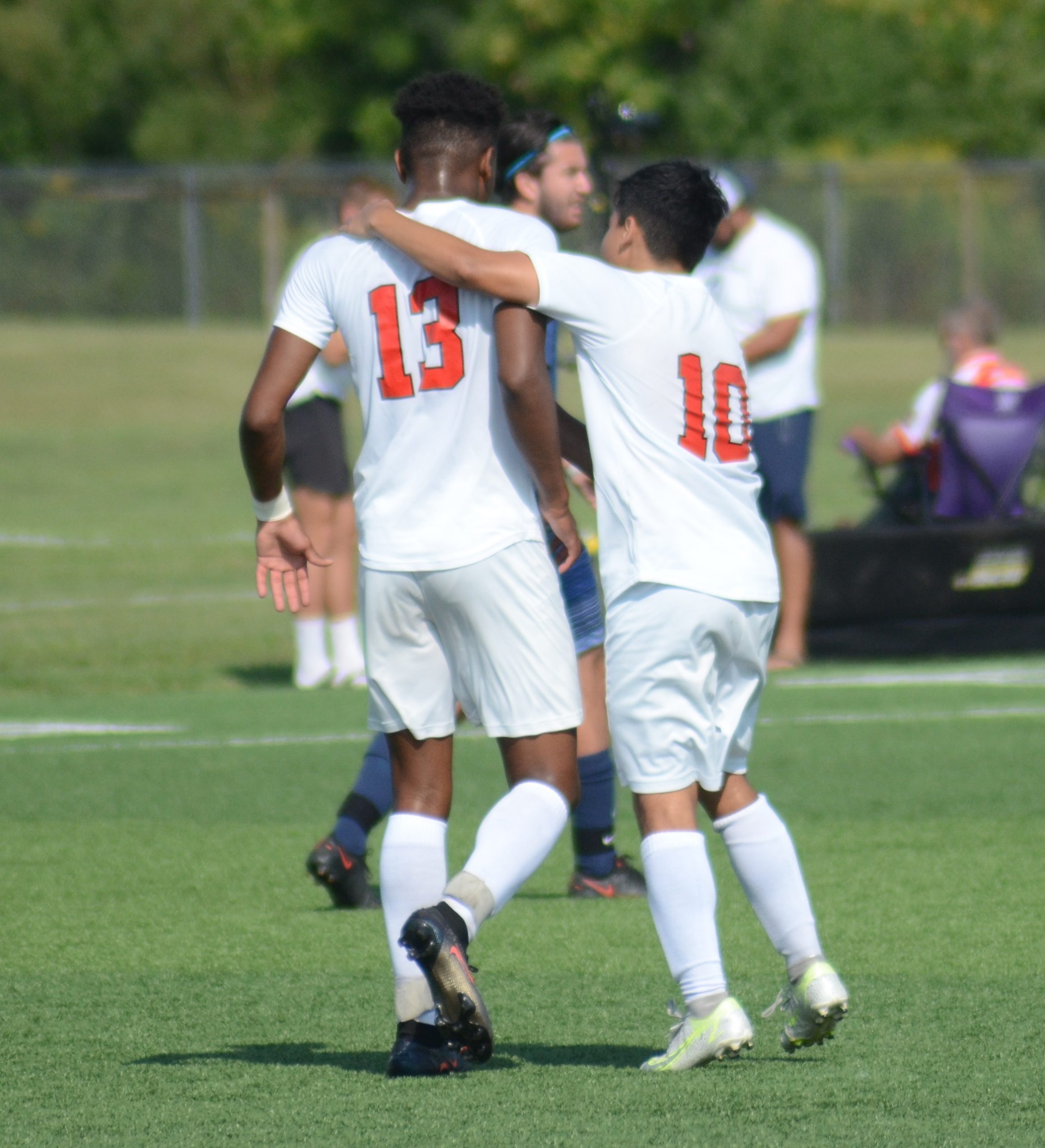 Marist’s Bryson Roberts (13) gets a hug from teammate March Anthony Carreon after Roberts scored the first of his two goals in a 3-1 win over Reavis. Photo by Jeff Vorva

“He was involved in club and came back to high school soccer and we couldn’t be more elated,” Marist coach Sean Maxwell said. “He makes goals happen even if he is not the one to put them in the back of the net.

“He’s been standing out, no question about it. He’s obviously going to have a target on him if teams are watching what he is doing. No question they are going to be focusing the attention on Bryson.”

Brian Soto also scored for the RedHawks in the quarterfinal game.

Shepard has also advanced to the semifinals, which are scheduled to be held Aug. 31. Lockport and Joliet West were the other two teams still alive. The championship is slated for Sept. 2. All games are at Reavis.

The Astros reached the Final Four with a 1-0 victory over Bloom on Aug. 28, just a few hours after beating Lincoln-Way East, 4-1, in the second round.

High temperatures and humidity throughout the week caused postponements in the early rounds, and some teams had to play multiple games Saturday, which was also pretty steamy.

Zach Soltysiak scored the lone goal for Shepard in the quarterfinal, while goalie Gannon Martin picked up the shutout.

Earlier in the tournament, heat caused the Astros’ 3-2 overtime victory over Lincoln-Way West to take place at two different sites over a three-day period.

Sun warriors battle heat and Tigers
Solorio, had to play a pair of games in broiling Burbank, winning the first game, 1-0, against Argo but dropping a 3-0 quarterfinal battle to Joliet West.

In 2017, the Solorio soccer team became the first athletics program at the Chicago school win a state championship, as the Sun Warriors captured the IHSA Class 2A title.

But that was then.

“It’s a new team,” coach Adrian Calleros said. “That team we had, we made a real nice run with. We had a great group of kids who graduated last year.

“We’re starting over but our program is pretty well established. Our players know what to expect.” 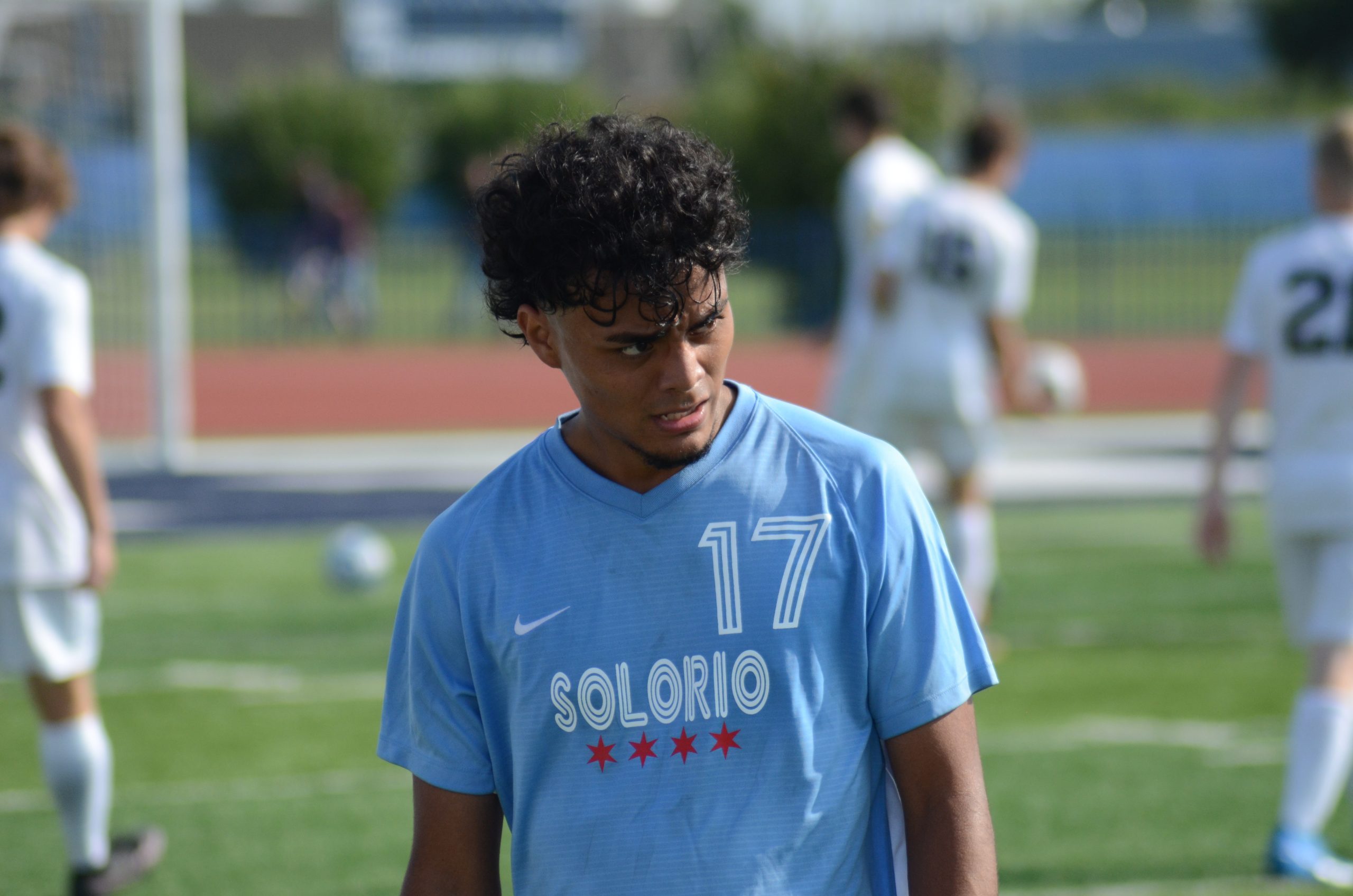 Solorio’s Raul Mariscal scored the lone goal in a 1-0 victory over Argo Saturday morning to reach the quarterfinals. Photo by Jeff Vorva