September 4, 2021/Comments Off on A bright young man on his way up 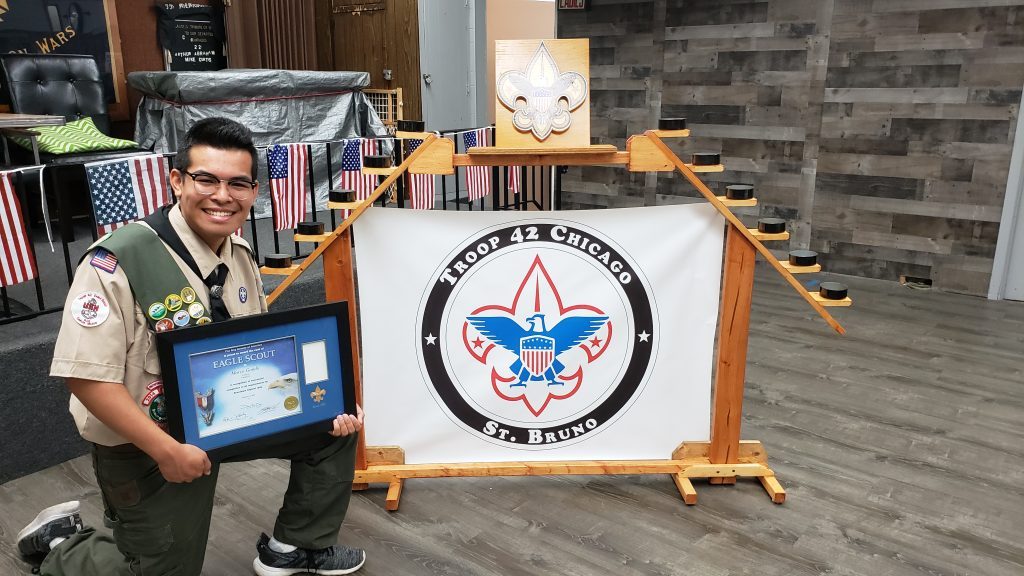 A bright young man on his way up

A popular criticism of the big news media organizations is that they focus too much on negative news while mostly ignoring positive stories.

Fortunately, in places where communities still have their neighborhood newspapers—like Clearing and Garfield Ridge, for example—the good news is not only reported, it’s showcased.

And I am in the enjoyable position of showcasing those stories, especially about local boys and girls whose achievements hint at successful lives ahead.

One such young person with a bright future is Marco Gando. 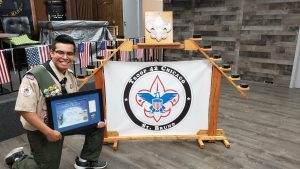 But it wasn’t always that way. He once was a shy boy in a bit of a shell.

Scouting helped him come out of his shell, according to his mom, Laura, especially when Marco became a Boy Scout.

“Boy Scouts changed his life,” Laura Soria, Marco’s mom told me when I talked to her. “I believe it was the male leadership and the male camaraderie he felt with the other boys in the troop. He really liked it.”

Laura really noticed it in the summer of 2014 when he attended Owasippe Boy Scout Camp for the first time.

Before he left for camp, Marco was nervous. So was his mom. When he came back, it was another story. 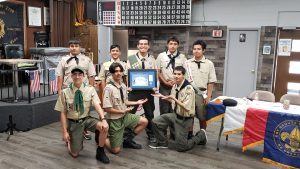 “He came back a different boy. He was confident. I could see it in the way he held himself. He held his head higher,” Laura recalled.

She added, “He changed. He initiated conversations. You could tell he wanted to express himself. I can’t chalk it up to anything but that summer going to Owasippe.”

Laura credits his whole experience as a Scout, whether as a Wolf or Cub Scout in Troop 3042 out of St. Bruno’s or in Troop 42, for helping Marco come out of his shell.

Marco spent 2020 preparing his project to become an Eagle Scout, which is a months-long process. He started with an application in spring 2020 and finalized and completed his project last November.

Marco organized construction and installation of a Little Free Library outside St. Bruno School. It was Marco’s Eagle Scout project, and its success meant he achieved Scouting’s top rank, a feat accomplished by less than 10% of Scouts. He officially became an Eagle Scout in February 2021.

All along the way, Marco had the backing and support of his parents, Laura Soria and Frank Gando. His younger brothers and sister are continuing the Scouting tradition. 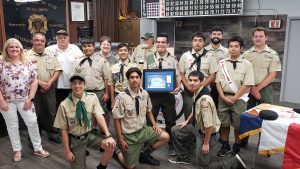 Marco’s achievement was celebrated at a Court of Honor ceremony this summer at the Rhine VFW Post 2729.

Marco, who his mom said has been “showing a lot of independence and growth since his high school graduation,” is a young man on his way up. He is interested in engineering and software development and has explored ways to make Wifi access universal.

Congratulations, Marco Gando. You have made your family and everyone else in the community proud!

Congratulations to Garfield Ridge resident Rob Bitunjac, who this month celebrated his 30th anniversary as a Chicago Public Library employee.

Most of us know Rob as the man in charge at the Clearing Branch Library, but he also served as president of the Clear-Ridge Historical Society. Keep up the good work, Rob!

That’s it for this week, folks. I hope you have a wonderful Labor Day weekend coming up. Take care of yourselves and we’ll talk next time.