Skip to content
September 4, 2021/Comments Off on ‘Give them a reason’ 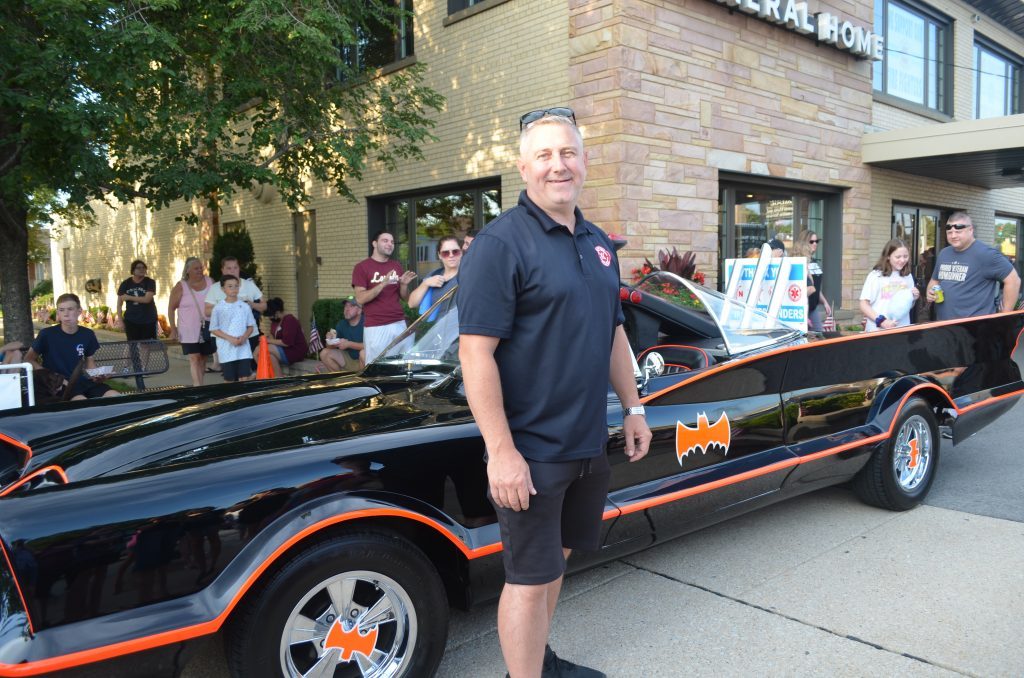 ‘Give them a reason’ 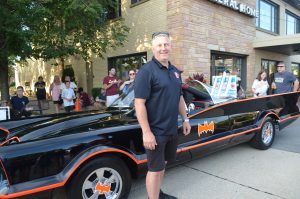 A stunning replica of the Batmobile was one of dozens of flashy custom cars that drew more than a thousand men, women and children to Archer Avenue on Aug. 13. The Archer Cruise Night was sponsored by the Garfield Ridge Neighborhood Watch and the Garfield Ridge Chamber of Commerce. –Photo by Cosmo Hadac

As they do once each year, the Archer Cruise Night and the Back to School Festival pumped life into the west end of Garfield Ridge—for a day.

The two events, held last month, illustrated a kind of “If you build it, they will come” lesson. In fact, the Cruise—founded nearly a decade ago by the GRREAT (Garfield Ridge Retail, Entertainment and Amusement Team) organization—was designed specifically for that reason.

GRREAT’s stated goal was to “attract innovative, quality boutique business owners, restaurateurs and home buyers” and described Garfield Ridge as “an untapped market with unlimited potential where entrepreneurs can enhance the charm, character and vitality of the area while ensuring revenue stays within the community.”

But GRREAT disbanded years ago, partly in frustration over economic revitalization plans that seemed to go nowhere with local elected officials and with City Hall bureaucrats.

In the days after the 2021 version of the Cruise, as well as the Back to School Festival, Archer Avenue–west of Narragansett—returned to its relatively sleepy existence as what some consider a pass-through street.

“The problem on Archer is almost no one stops to do anything of significance,” said Craig McCollum as he looked over the classic cars at the Cruise. “The only things west of Narragansett that do any steady business are the drive-throughs at the McDonald’s and Dunkin’ Donuts, and maybe the 7-Eleven.”

Kristi Gronski said she drives Archer Avenue “all the time, but it’s usually just a way for me to head west and do my shopping in Countryside or La Grange or maybe Orland. I’d stop on Archer and shop, but why? What’s here?”

At the Back to School Festival, new Garfield Ridge resident Luz Ceballos was getting free book bags and watching her children smile and laugh as they enjoyed bouncing in an inflatable castle, getting a ride in a cart pulled by a pony, and goofing around with costumed characters.

“This seems like a very nice neighborhood, which is why we moved here,” she said. “But I have to admit I was surprised that when I moved in, there was almost nothing from the local businesses or any other organizations: no ‘welcome’ baskets, not even a card in the mail. But I did get things from businesses in Countryside and even Berwyn.”

Her cousin, Anamari Covarrubias, had a similar observation.

“You drive west on Archer, you see a mix of vacant storefronts and storefronts that aren’t vacant—but often you can’t tell if they are even open,” she said. “I assume these businesses want people to stop and shop. I think they will, but only if you give them a reason.” 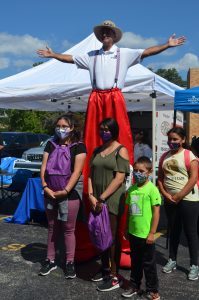 A colorfully dressed stilt-walker was just one of many characters and attractions enjoyed by parents and children at the recent Back to School Festival spearheaded by Geno Randazzo of All Exterior Contractors, the Garfield Ridge Chamber of Commerce and other local businesses. –Supplied photo

Generally agreeing was Geno Randazzo of All Exterior Contractors, the driving force behind the Back to School Festival (which was co-sponsored by the Garfield Ridge Chamber of Commerce).

“I think in business, you have to give to get,” he said, as he looked out over the hundreds of families enjoying the festival, held near 57th and Narragansett, just steps south of Archer. “The local businesses that are with me, sponsoring this event, get that. Put your best foot forward for your customers and potential customers, and chances are you’ll reap the rewards.”

At the Cruise, which drew more than a thousand men, women and children, Ted Olson said he wondered “why this event is a ‘one and done’ each year. I would think the business owners would want to capitalize on the momentum here and maybe have a smaller version of the Cruise every month.

“Except for this one night, the sidewalks on Archer are usually so quiet,” he continued. “I think if I were the guy in charge, I’d try to change that. I don’t know, have bands play on the corners, have a pet parade or a clown parade up and down the Archer sidewalks…anything to turn heads, make people say ‘What the f~ck?’, get them to slow down, park and get out of their cars. Make Archer Avenue a party, a place to be, and then capitalize on that by tying in promotions with the businesses. I think that’s the lesson of these big events.”

“We know there’s quite a bit of purchasing power [among residents] in Garfield Ridge and Clearing,” Brown said. “Smart businesses owners tap into that. Look at how Bree Thai (a restaurant at Archer and Central) has done so well with such a small space. Look at how Tequila has transformed an old video rental store into a beautiful restaurant. There are success stories that illustrate you can prosper on Archer.”