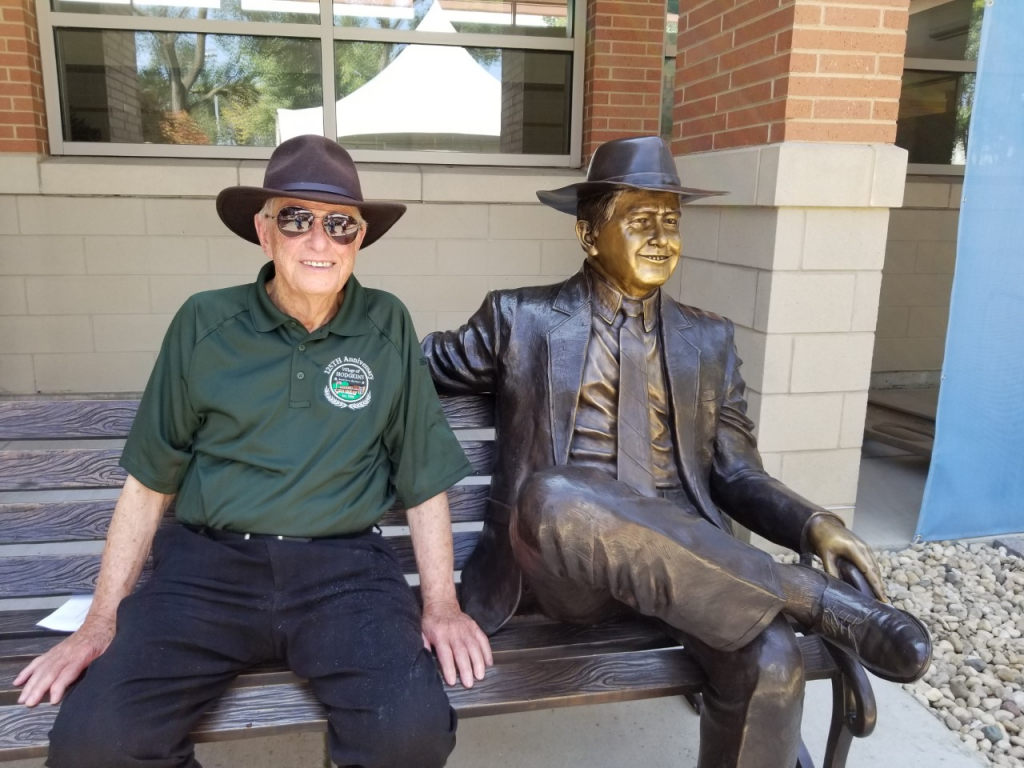 Longtime Hodgkins Mayor Noel B. Cummings sits on a bench in front of village hall with a statue of himself dedicated on Saturday, August 28, for the village's 125th anniversary. (Photos by Carol McGowan)

Hodgkins Fest was a grand celebration last Saturday as the village celebrated its 125th anniversary.

It was hot summer day, but that didn’t stop the fest-goers, parade watchers, village officials, area dignitaries, and the man of the day, Mayor Noel B. Cummings, from taking in everything the celebration had to offer.

The day started out with a fishing tournament from 7-10 a.m.

Just before 10:30 a.m., residents and parade goers started to line the streets as the 125th anniversary parade kicked off at 10:30. The parade traveled from its starting point at the AMC parking lot, then traveled onto East Avenue, to Cobb, then onto Kane Avenue, then onto Lyons Street where it passed Village Hall before breaking up. 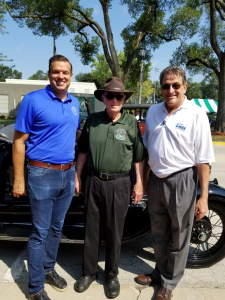 Cummings was the Grand Marshall of the parade, and was driven in a vintage Hodgkins police car. He then got out of the car and watched the parade from the front of Village Hall, where he waved at the various emergency vehicles, floats, trolley, marching band, other vintage cars, and everyone that took part.

After the parade, there was a ceremony in front of Village Hall in recognition of the 125th anniversary.

The crowd was a welcomed by Hodgkins Trustees Larry Rice, Lida Mills, and Dominic Misasi. Trustees Paul Struve, Vicky Moxley and Tim Kovel were also present. All trustees and Clerk Stephanie Gardner rode on a float in the parade. The welcome was followed by the Heat Wave Quartet, who sang the national anthem.

Village Attorney Pat Rogers took to the podium to talk about the history of Hodgkins, and mentioned all past village presidents, and the current mayor, Cummings.

O’Connell then introduced Lt. Col. Daniel Cummings (Ret.), who is the son of the mayor. He spoke of his family’s roots in the village.

A highlight of the ceremony was the unveiling of a bench with a statue of Mayor Cummings that will remain outside the Lyons Street entrance to Village Hall. The mayor’s family took the tarp off as the mayor watched on. Cummings then sat on the bench for the champagne toast and took pictures with family and anyone who wished to get a picture of the dedication. Cummings is the longest serving mayor in the history of Hodgkins. He was first elected in 1979 and has been mayor for 42 years.

After the champagne toast and cake, the celebration continued across the street with a free hot dog lunch at the park and activities for all throughout the day. The fest ended with fireworks at 9 p.m. and the fest closed at 9:30.

Cummings was pleased with the day long fest. “I was thrilled with the event and honored to have the bench dedicated to me.” 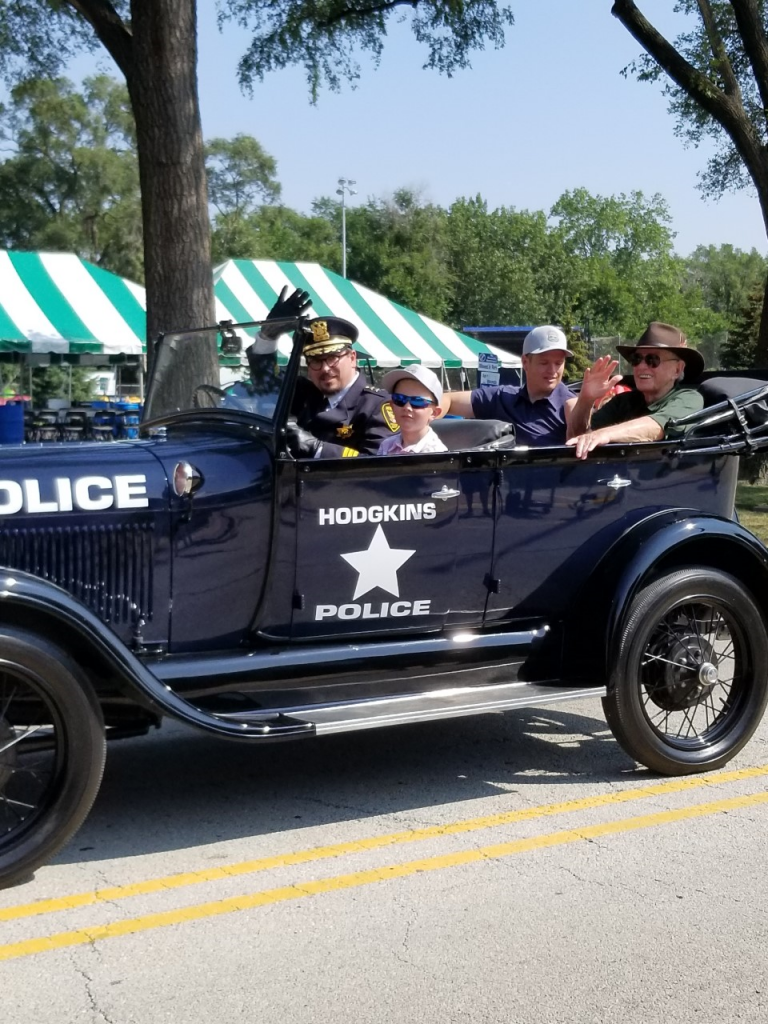 Mayor Noel Cummings was Grand Marshal of the anniversary parade so he and family members enjoyed a free ride in a vintage Hodgkins police car last Saturday morning.