Skip to content
September 4, 2021/Comments Off on Lyons, Amkus honor firefighters for rescues 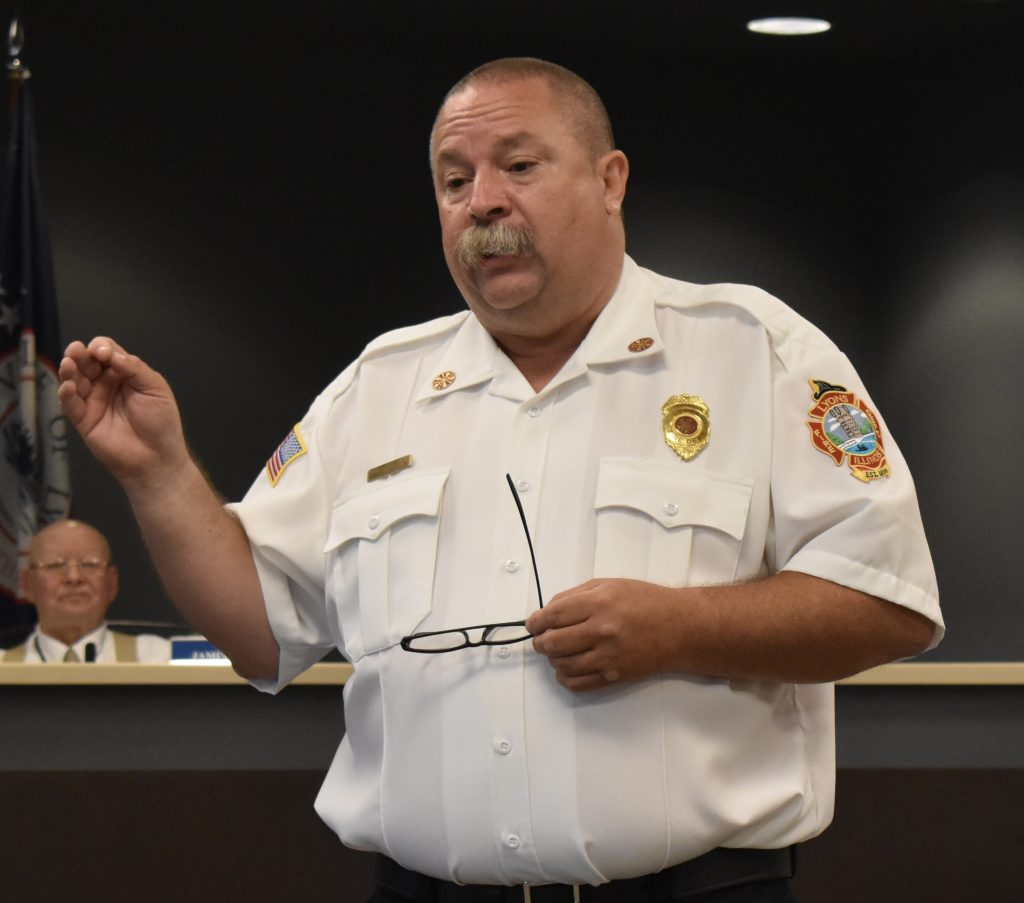 Firefighters from Lyons and Riverside were honored for jobs well done when handling two stunning vehicle crashes last year that somehow resulted in no fatalities.

The second saw a car wrapped around a utility pole at Lawndale and Ogden avenues just a week later, in the wee hours of Oct. 25, 2020.

The Amkus Star Awards are given Amkus Inc., a company based in Downers Grove, when its hydraulic rescue equipment is used to extricate people from such wrecks, Lyons Fire Chief Gordon Nord Jr., said. 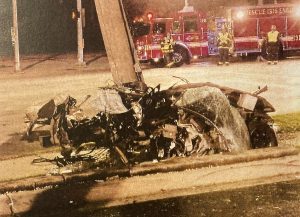 This is what’s left of a car in the accident at Lawndale and Ogden. (Supplied photo)

Riverside and Lyons both have that equipment, Nord said.

“When you have it, you can apply for this (Amkus) Star Award because their stuff was used,” Nord said.

“We called Riverside to assist because those were two nasty accidents,” Nord said. “One (on Oct. 17) had two pin-ins at the same time. The other, the car was totally wrapped around the pole, one end to the other.”

The accident on 43rd Street happened at 2:37 a.m., Nord said. There were three people in two vehicles.

“This type of (rescue) operation takes time. We’re fortunate the board, the mayor provides us with the best equipment there is,” Nord said at the July 20 village board meeting.

Firefighters found the car in the other accident “split in half and wrapped around the pole,” Nord said. There was one person in that one.

“We got that call at 2:24 in the morning,” Nord said. “Imagine waking up from a deep sleep, running out and trying to do your best to save lives.

Riverside was included in the awards “because they assist us and had a big hand in making a positive outcome,” Nord said. 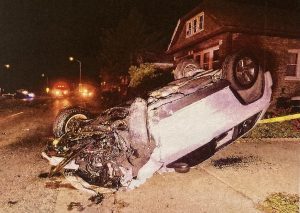 One of the two vehicles in the 43rd Street crash landed upside down. (Supplied photo)

Lyons Mayor Christohper Getty noted that the Lawndale and Ogden accident was so severe, “the only thing holding up the (ComEd) pole was the lines connected to it.”