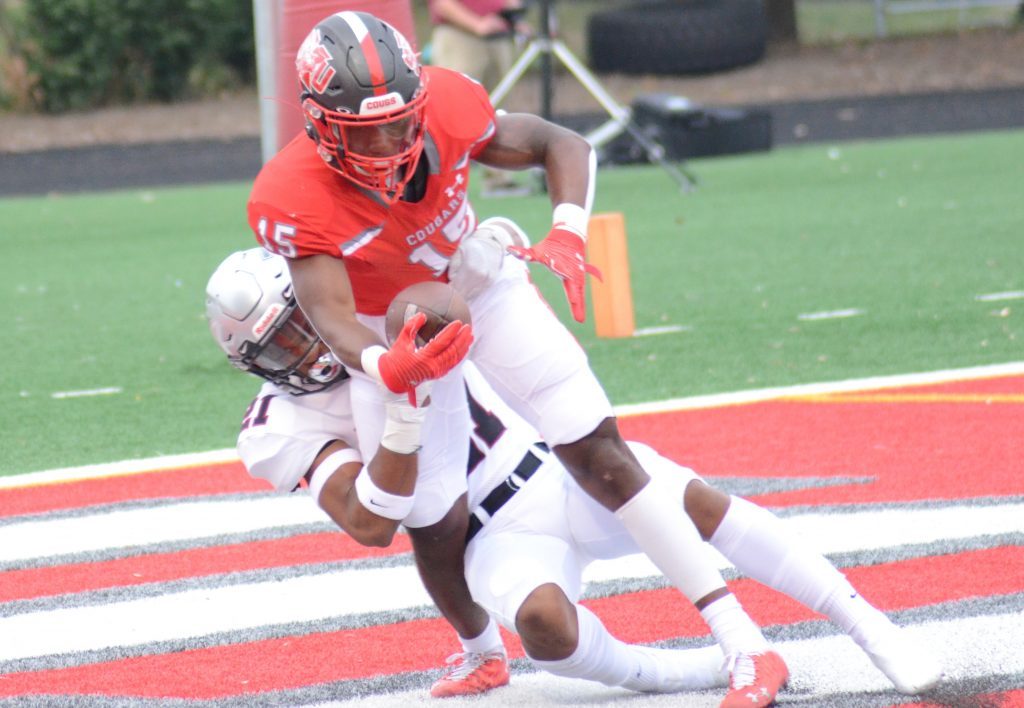 The Greyhounds suffered an emotional setback in when former teammate Koebe Clopton was shot and killed the morning of Thursday, Sept. 2. Clopton left the team in March, but stayed at the school as a student and had many friends on the team.

“Everybody loved him,” Indy coach Chris Keevers said. “He’s Koebe. He’s just a good person and a wonderful human being. It’s just a sad thing. It was a very tough Thursday.”

Keevers had the tough task of getting his Greyhounds, ranked 14th in the nation by NCAA Division II coaches, ready for a season opener against upset-minded St. Xavier, an NAIA team. The Cougars hosts took a 10-0 lead before Indy rallied for a 34-10 victory Saturday night at Deaton Field.

Cougars quarterback Stuart Ross hit Justin Pringle with a 32-yard touchdown pass and a 37-yard Peyton Benes field goal gave the hosts a 10-0 lead with 14:15 left in the first half.

“Everything was working out,” said Ross, who threw for 306 yards and ran for 41 more. “With the weapons he have and the offensive line we have and the running backs we have, I thought we would be able to do it the entire game. But I messed up a few things, so I’ll blame myself.” 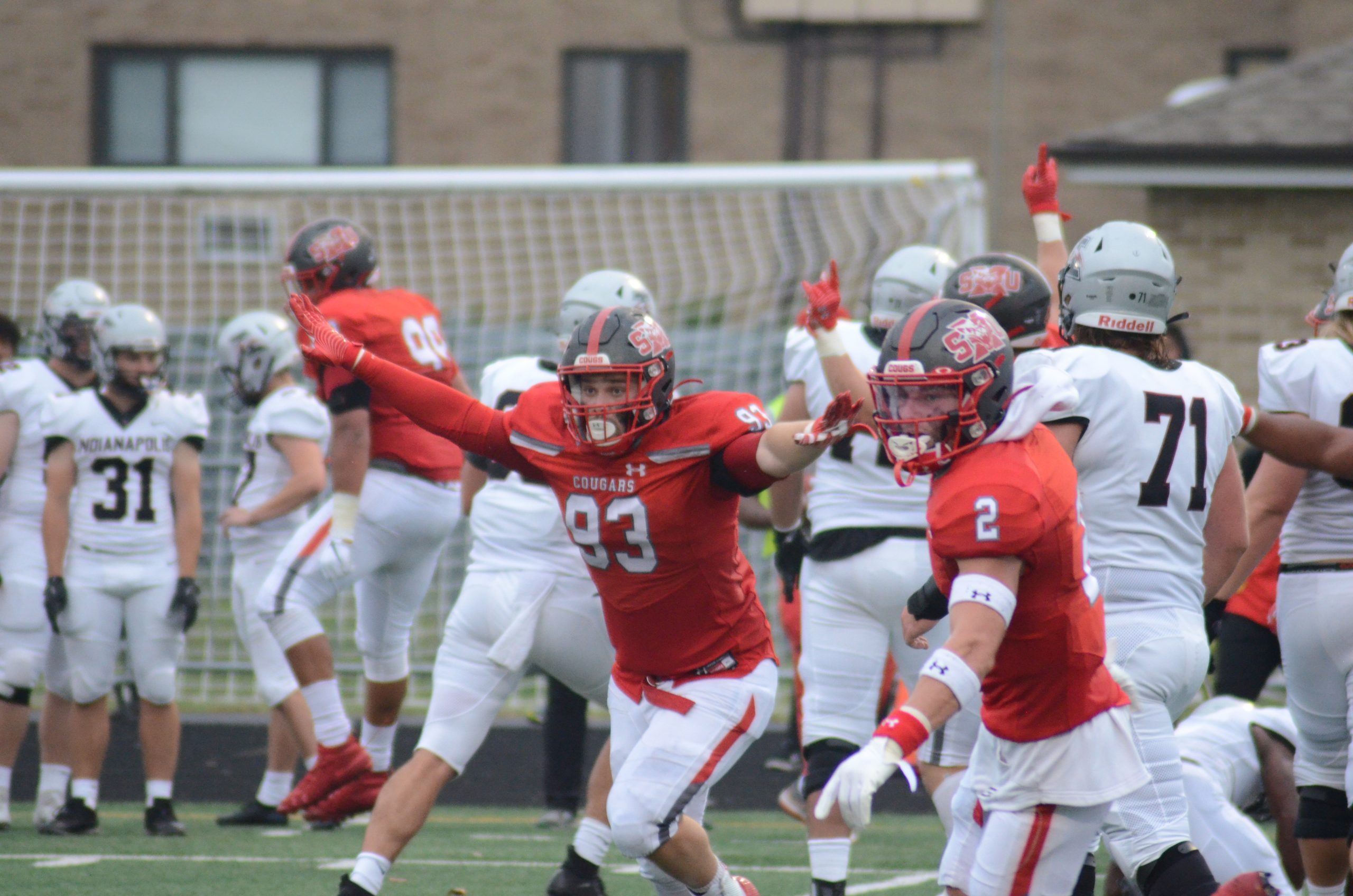 The Greyhounds stormed back to tie it 10-10 at halftime. The Greyhounds got into their groove in the second half, piling up 27 points including a 96-yard drive on their first possession to set the tone.

“Here’s the deal — you play a team like that, you have to play four quarters,” SXU coach Mike Feminis said. “We fumbled the ball and gave them some gifts. You can get away with it against a subpar team. Not a top 15 Division II team.

Indianapolis averaged 45 points per game and 518 yards per game in an abbreviated spring season. The Greyhounds have won seven of nine Great Lakes Valley Conference titles since the league’s inaugural season in 2012.

SXU had a 389-353 offensive yards advantage. Mason Gray, a Chicago Ridge resident who prepped at Bremen and transferred from Tiffin, had six catches for 99 yards. Pringle added four for 72.

The Cougars have a week off before heading to Siena Heights for an 11 a.m. game Sept. 18. Siena Heights lost its opener, 2017, to Olivet Nazarene. 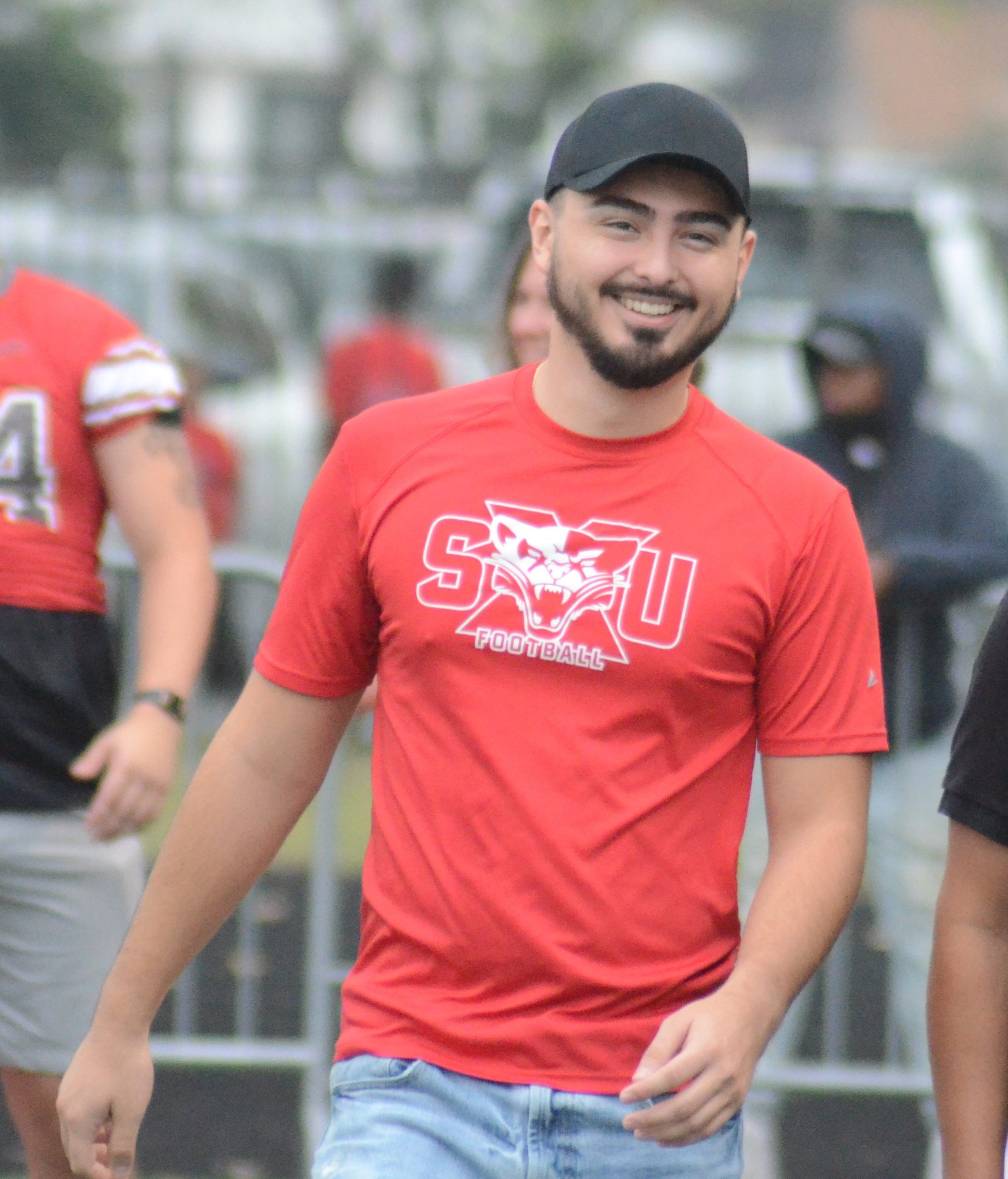 Mike Iturbe, a Shepard graduate, was one of the 2021 seniors who played his final season for SXU in the spring. He was among those honored before SXU’s game against the University of Indianapolis on Sept. 4. Photo by Jeff Vorva