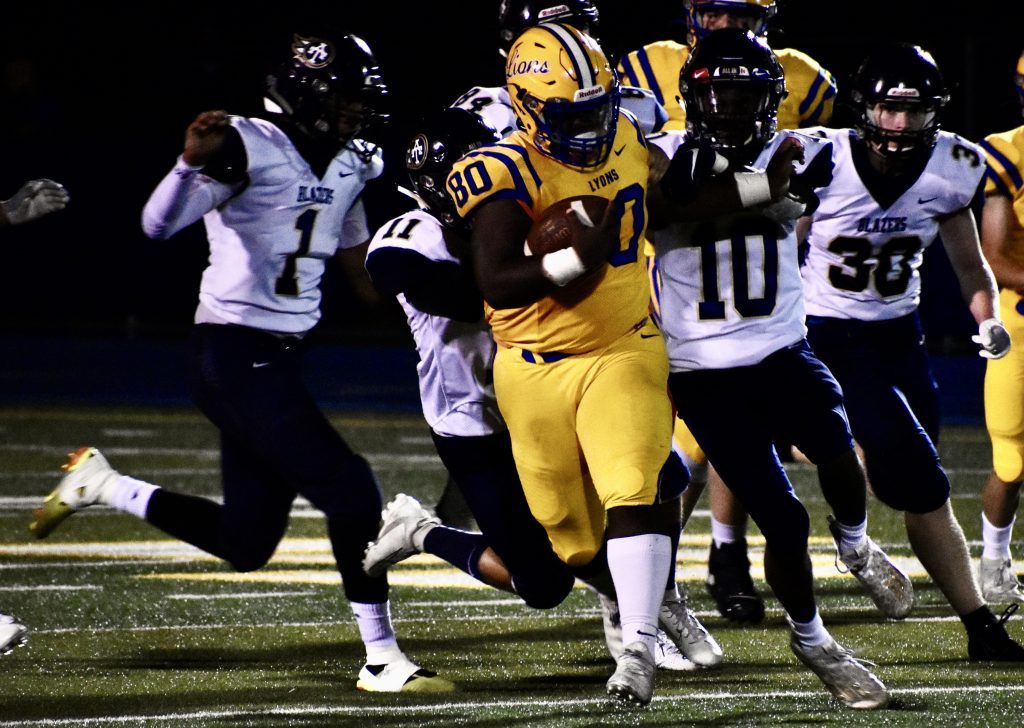 Junior Zion Nix proved hard to tackle. He ran nine times for 77 yards and one touchdown. Photo by Steve Metsch

Heading into Week 2, Lyons coach Jon Beutjer wanted his team to bounce back from an opening-week loss and tune up for a Week 3 showdown at archrival Hinsdale Central.

The Lions opened the scoring 42 seconds into the game on the second play from scrimmage. Senior running back Stevan Borojevic (6 rushes, 113 yards) rambled 62 yards and the rout was on.

Senior quarterback Joey Antonietti (5-for-6, 72 yards, three touchdown passes) threw a 19-yard scoring pass to senior Cullen McManaman at 9:02 of the first quarter, then on the Lions’ next possession found Jack McNamara for a 10-yard score and a 21-0 lead less than eight minutes into the game.

They were far from finished. Antonietti ran in from seven yards out with 2:58 left in the first quarter for a 28-0 lead.

“It was fun,” Antonietti said of his touchdown run. “The guys did a great job blocking. It made it a lot easier.”

Running back Zion Nix made his varsity debut memorable by bulling in from three yards for a 35-0 lead 30 seconds into the second quarter.

Nix rushed nine times for 77 yards, including a long of 34 yards. 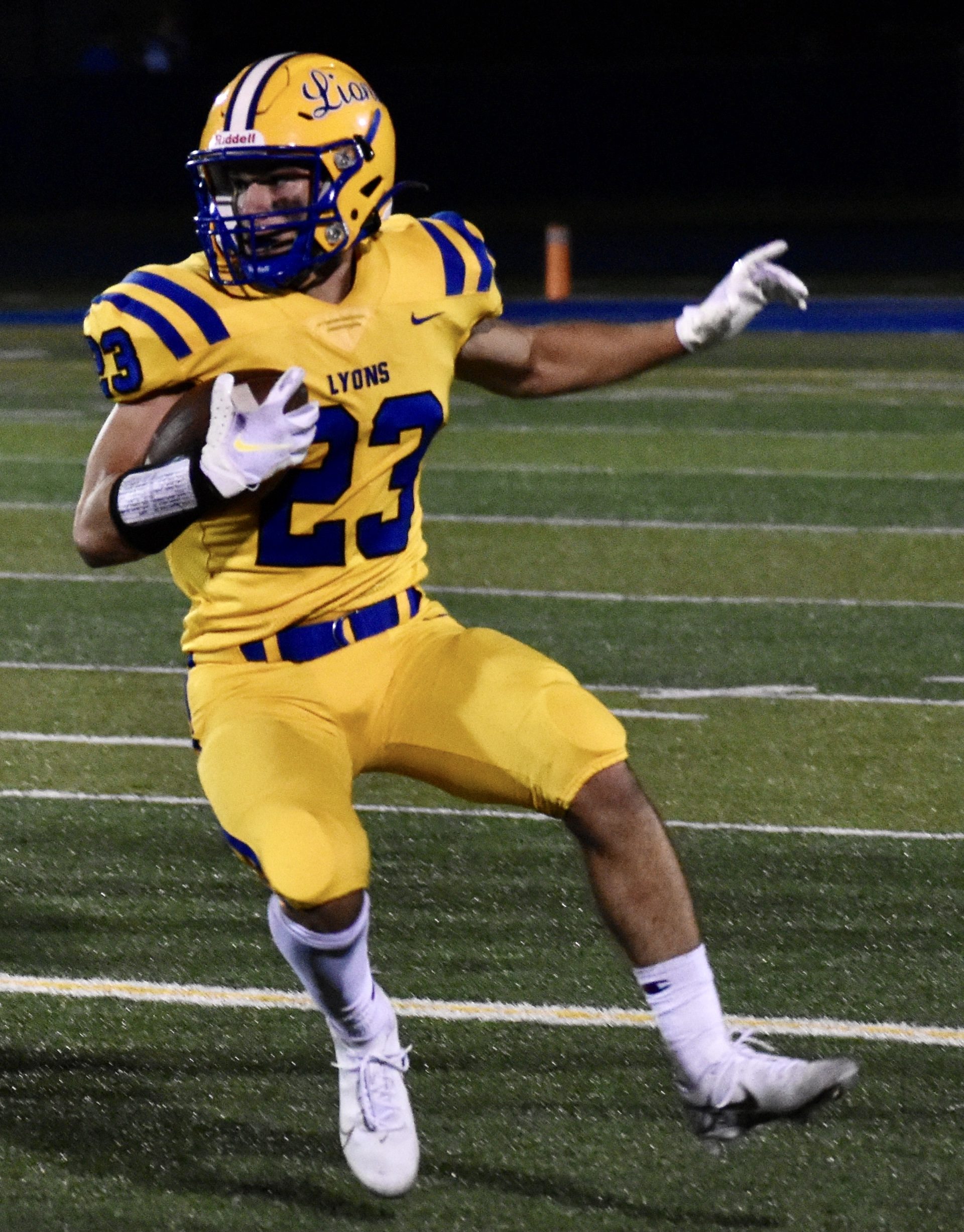 “That’s what I was taught since I was a little kid,” Nix said. “Just go right through people. Go north and south. That’s all I know.”

“I call him Zion Bettis,” Beutjer said, referring to Pro Football Hall of Famer Jerome “The Bus” Bettis, former star running back for Notre Dame and the Pittsburgh Steelers.

The win was needed, Beutjer said.

“Last week was a tough loss (to New Trier),” he said. “We could have beat them. Our kids came out with an attitude and a chip on their shoulder. They played well.”

Beutjer praised the offensive line. Lyons ran for 258 yards and had seven rushes of 10 yards or more.

“Any time you get those long runs, it’s not because of the running back,” he said. “It’s the offensive line opening holes.”

That line gave Antonietti time to hit freshman receiver Travis Stamm with a 31-yard strike with 10:35 left in the first half. That put Lyons up 42-0 and Beutjer pulled his starters. The second half began with a running clock.

“It was really cool,” Antonietti said. “Travis is a very mature kid. He comes up to varsity and he is unfazed.”

Lyons backup quarterback Aidan Sullivan, a senior, dashed 49 yards for a touchdown and a 49-0 lead with 3:55 left in the first half.

Junior defensive back Luke Allegretti concluded the scoring when he intercepted a Geo Long pass and returned it 45 yards to paydirt to end the third quarter.

“It’s good to get the first win, but our job is not finished,” said senior defensive back Alexander Bailey. “We’ve got bigger fish to fry next week.”