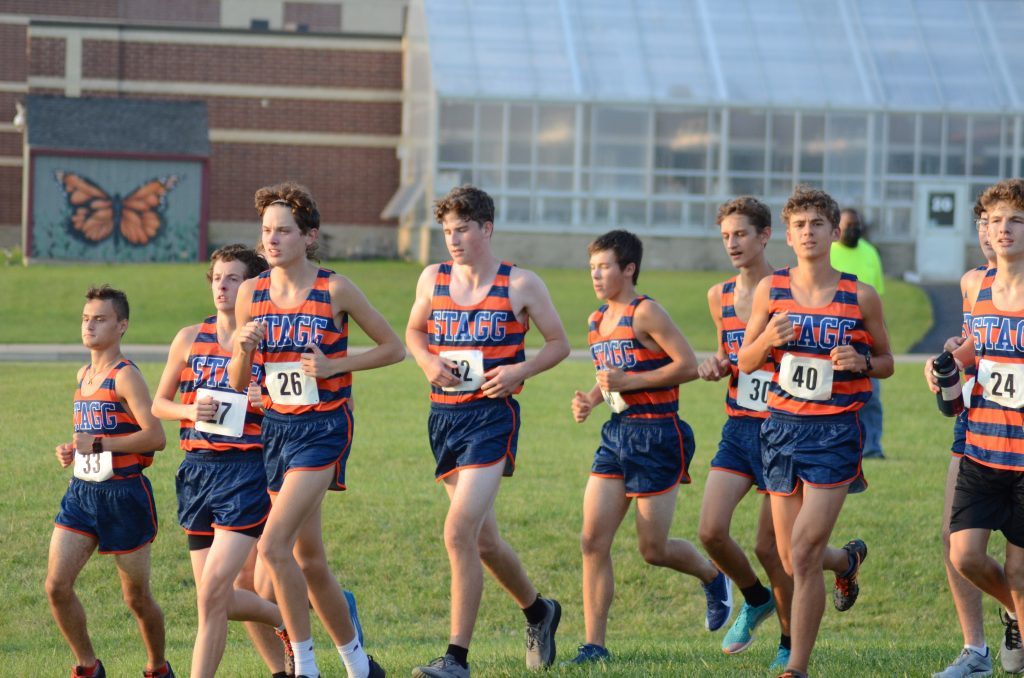 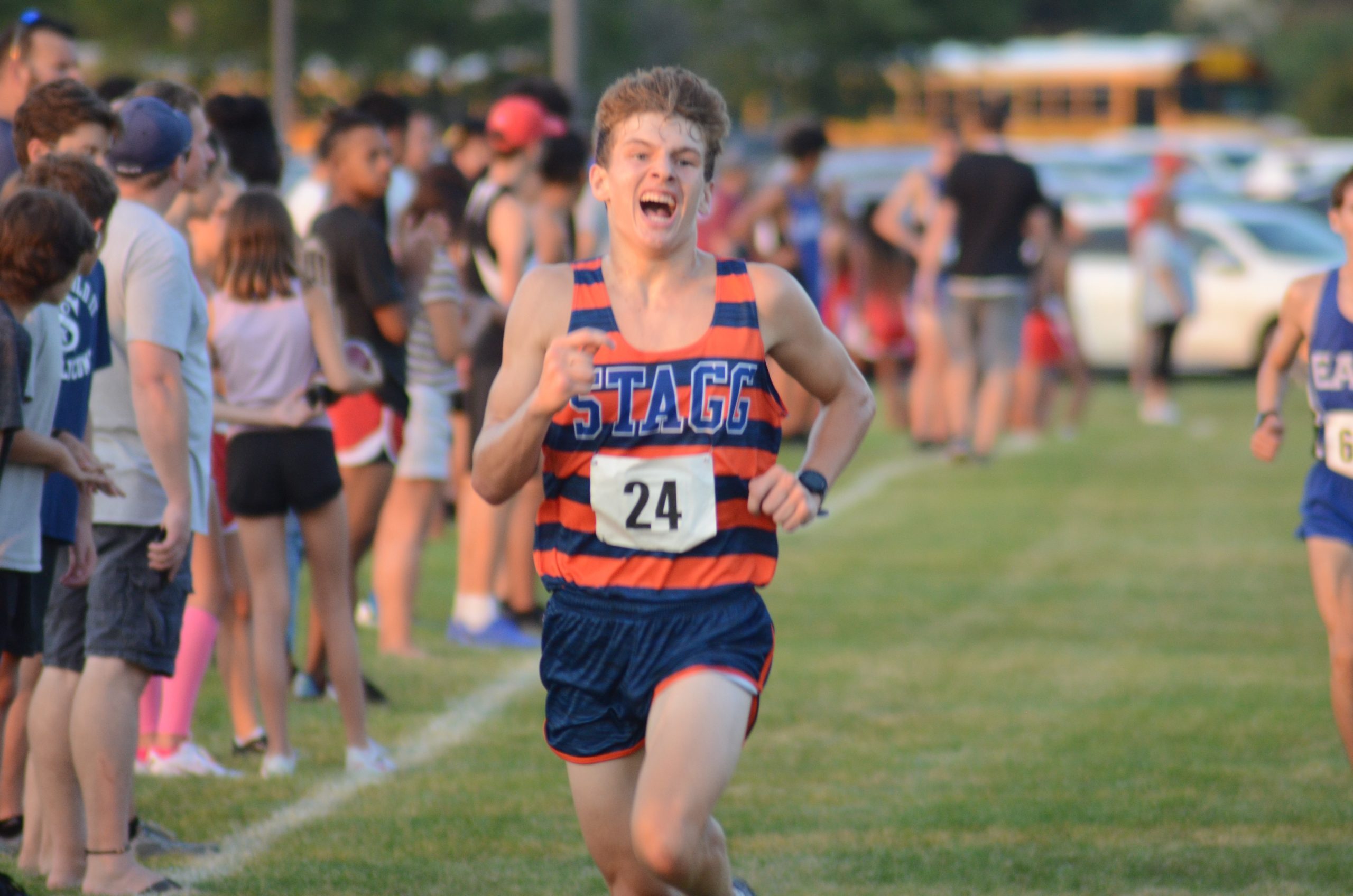 But some people think it was won long before that date.

The Chargers won the five-team conference race at Lockport with 32 points, six ahead of runner-up Lincoln-Way Central.

A few days later, it was shirt time. The Chargers have a long tradition of handing out mileage shirts to its runners who put in 300 or more miles in the summer. This year, 11 of them logged a combined 4,318 miles.

That may be a primary reason 11 Chargers finished among the top 17 at the meet.

Lincoln-Way Central’s Caden Simone stole the show by winning the three-mile race in 15 minutes, 20.8 seconds. His father, Joe, ran on the Stagg cross country team that finished second in the state in Class AA in 1989. His mother, then-known as Amy Kuipers, ran for Chicago Christian and had two top-six track finishes in 1989 and 1990.

Stagg sophomore Luke Barham finished second with a time of 15:54.9.

“I was exhausted,” Barham said after the race. “I had a lot left in me after the first mile-and-a-half and I was faster at the end, and felt really good.”

Stagg was not done. In the Rich Dust Invitational Sept. 4 at North Meadow Creek in Lansing, the Chargers finished first with 48 points. Barham placed third with a 16:27 while Krzysztofek was sixth, Farley seventh and Skweres 10th. 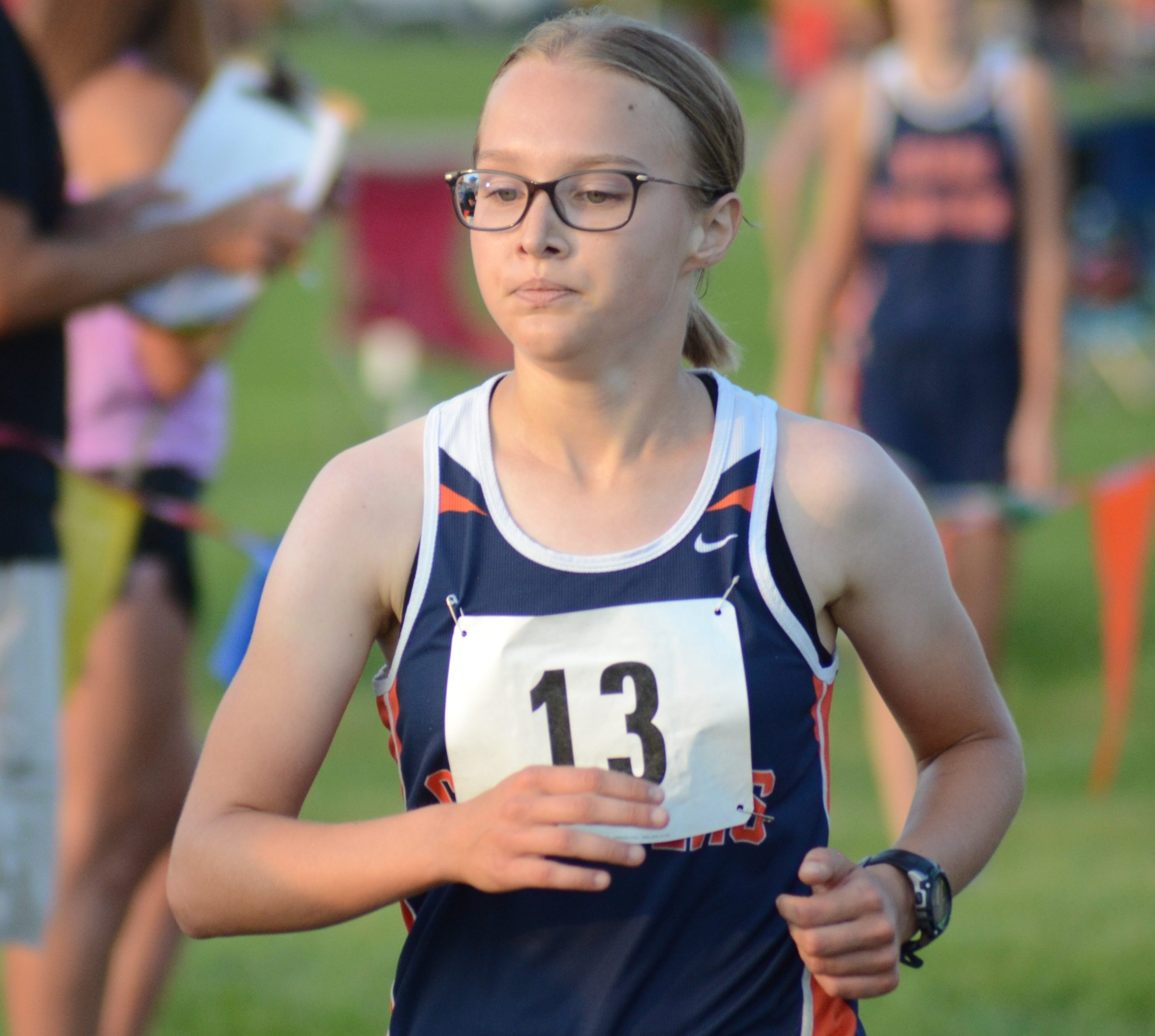 Sandburg skips SWSC, wins at Lyons
Sandburg’s boys team was ranked first in the state in Class 3A in the preseason by MileSplit Illinois and eighth by Illinois HS XC/TF.

Because the SWSC Blue meet was postponed from its original Aug. 24 date because of extreme heat, both the boys and girls teams skipped the league battle because of the programs’ training schedule.

The Eagle boys had won 11 straight league preseason titles before this season.

“We had already made the appropriate space for the [SWSC] event when it was cancelled,” Eagles coach John O’Malley said. “It wouldn’t have been in our varsity runners’ best interest to dedicate two consecutive weeks to this one event, especially considering the fact that we had another invitational planned.

That invitational was at Lyons Township, where the Eagles dominated with 53 points – 35 ahead of runner-up Downers Grove North.

Sandburg’s Declan Tunney finished in second place with a 15:26, one second behind champion Tim Neumann of Downers Grove South.

Brock Rice took third with a 15:35 for Sandburg and Sean Marquardt was ninth.

Sophomore Grant Giblin, who made some appearances in big meets as a freshman last year, won the sophomore race at Lyons.

So, where do the Eagles stand at this point? Are they the No. 1 team in the state? Or No. 8? O’Malley isn’t spending a lot of time worrying about it.

“I think the variation in rankings is reflective of the dramatic uncertainty everyone has coming into this season: not having a state meet last year, not knowing how the different programs have suffered or flourished,” he said. “We, of course, truly don’t care what any ranking looks like. We have to be dedicated to self and team improvement.

“We are focused on having fun. There hasn’t been a lot of fun the last two years and so cross country is a space for us to have fun.” 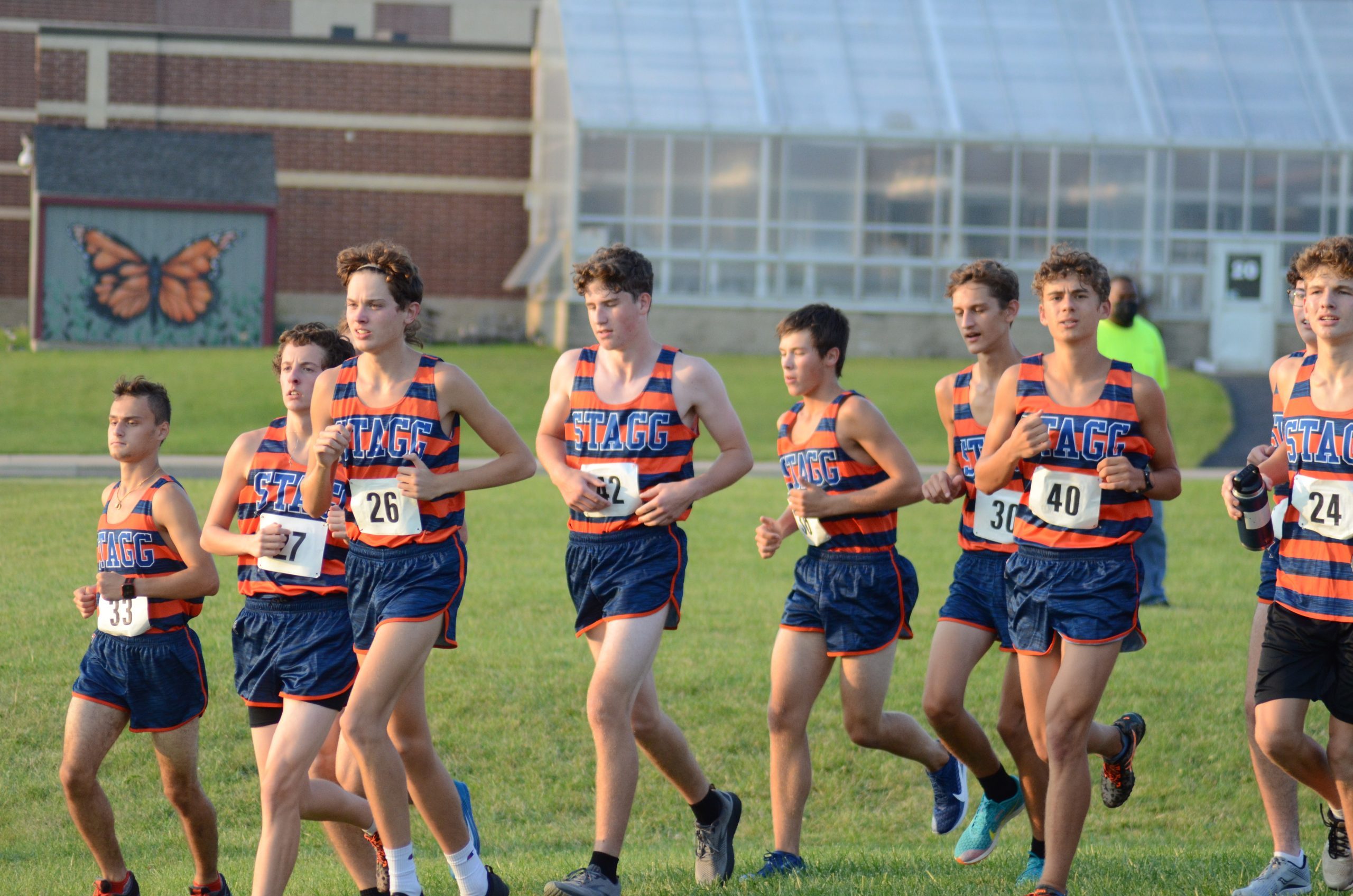 Stagg’s boys cross country team did a ton of offseason work and opened the season with two meet victories. Photo by Jeff Vorva