September 23, 2021/Comments Off on Palos Park’s Autumn in the Park caps a year all its events returned 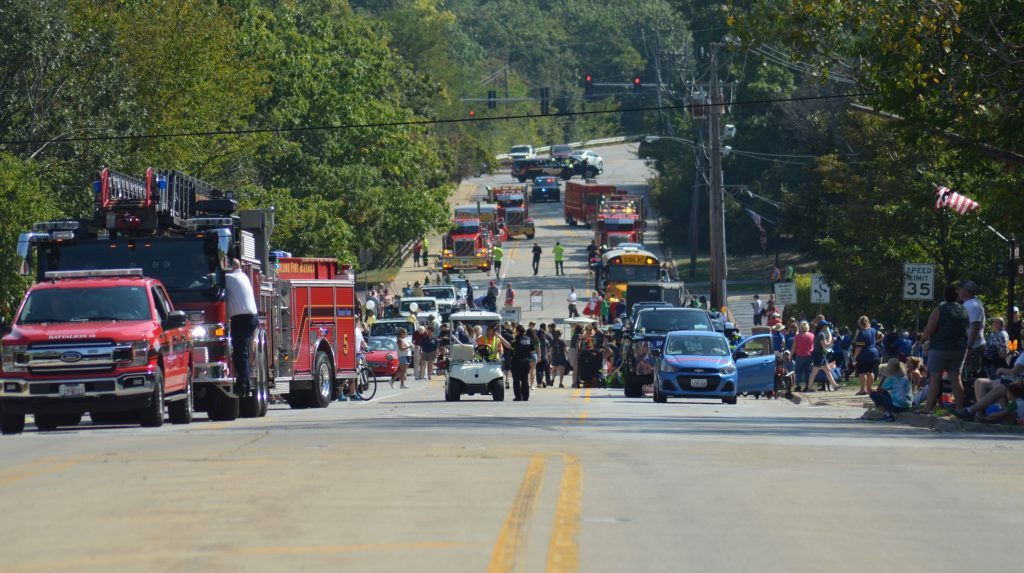 An overview of Saturday’s parade in Palos Park minutes before it started. (Photo by Jeff Vorva)

Thousands came to Palos Park’s Autumn in the Park events last weekend after missing a year due to COVID-19 concerns.

For the village, it meant a return to several spring and summer outdoor events it sponsored in 2021 that had to be waxed in 2020 including Chili in the Park and a National Hot Dog Day celebration. 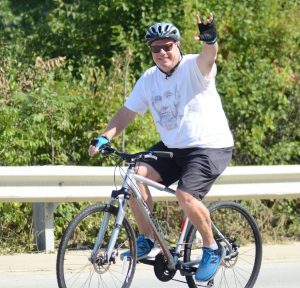 Mayor John Mahoney waves during the Autumn in the Park Parade in Palos Park.

The autumn event is the village’s biggest event and it featured various activities.

There was a parade on Saturday that included horses, the Sandburg High School band, fire trucks and tons of candy thrown to children and adults.

While some people walked and some took cars, mayor John Mahoney kept to his tradition of riding a bike in the parade.

Saturday’s events at the Village Green featured entertainment from Big Dog Mercer and Mike and Joe, an area to watch college football, a petting zoo, artisan vendors and rib tasting to go with food and drink vendors.

This was the 10th version of the event. It started as a one-day affair in 2011 with a parade and chili cookoff and honored first responders in the wake of the 10th anniversary of Sept. 11, 2001. 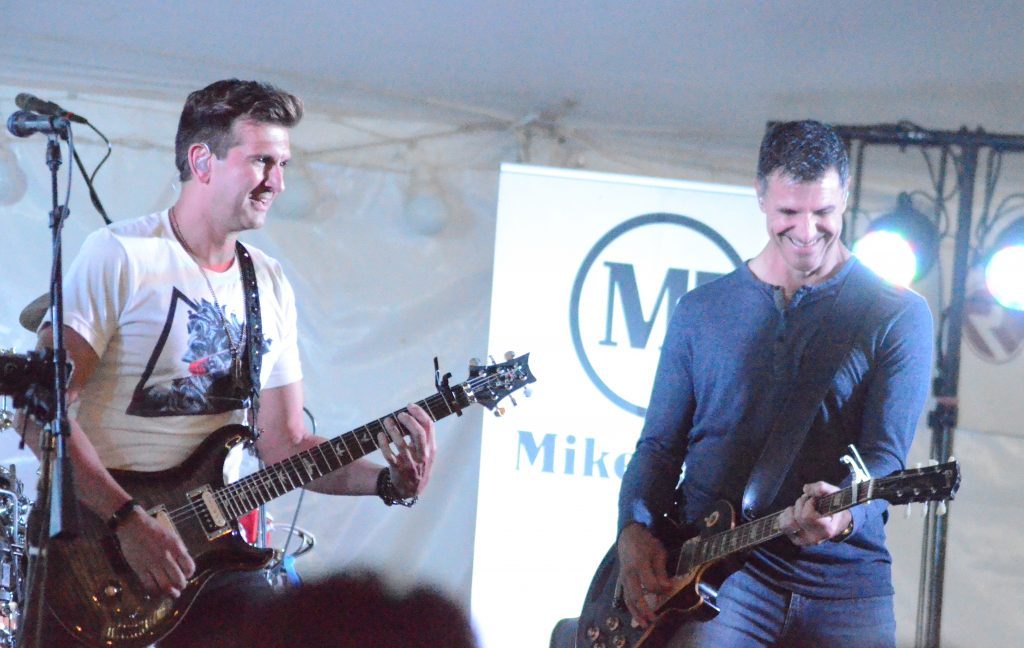 Members of the band Mike and Joe rock on Saturday night at Autumn in the Park.