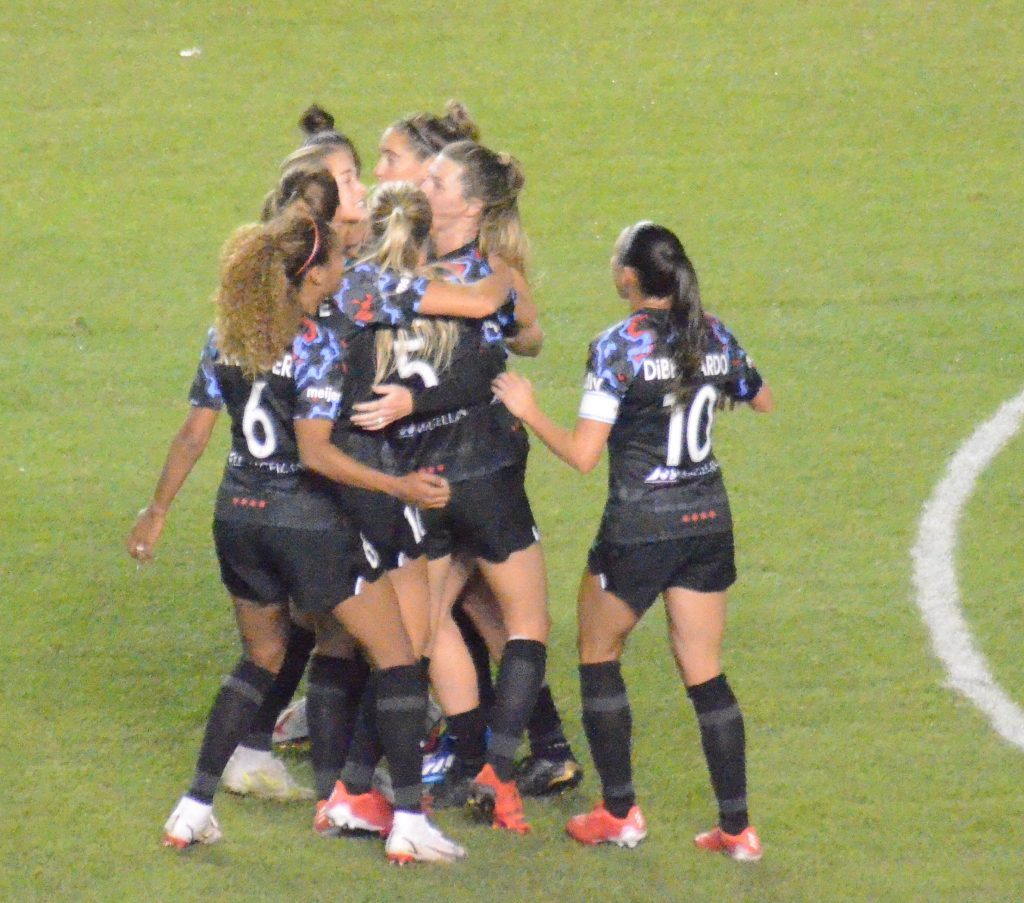 There hasn’t been a lot of celebrating for the Red Stars when they play Portland but they celebrated Kealia Watt’s first-half goal and later celebrated their first regular-season win over the Thorns since 2013. Photo by Jeff Vorva

The Chicago Red Stars had been on the wrong side of a NWSL record but that was eight years in the making.

That finally ended Saturday night, when they ended an 18-game winless streak against Portland with a 2-1 victory over the Thorns at SeatGeek Stadium in Bridgeview.

Since 2013, Portland had won nine and tied nine of the previous regular-season meetings with the Red Stars. The Thorns’ 18-game unbeaten streak was the longest for one team against another in league history.

Kealia Watt helped end that with a goal in the 25th minute, and Rachel Hill added another in the 65th minute to give the Red Stars (8-7-5) the win over first-place Portland (12-5-2).

Portland opened the season with a 5-0 home victory over the Red Stars on May 16, and Chicago wanted redemption.

“I think we’ve been itching to play them since first game,” Hill said. “It’s always been in the back of our head. There was extra motivation to play well the full 90 minutes.”

Red Stars coach Rory Dames said they burned the tape of that first game before they left Portland and was glad his team proved it was better than it showed in May.

“We’ve had this date circled since first game of the year,” he said. “We know we’re better than 5-nil against them.”

With four matches to go, the Red Stars are in fourth place in the 10-team league. The top six teams make the playoffs. 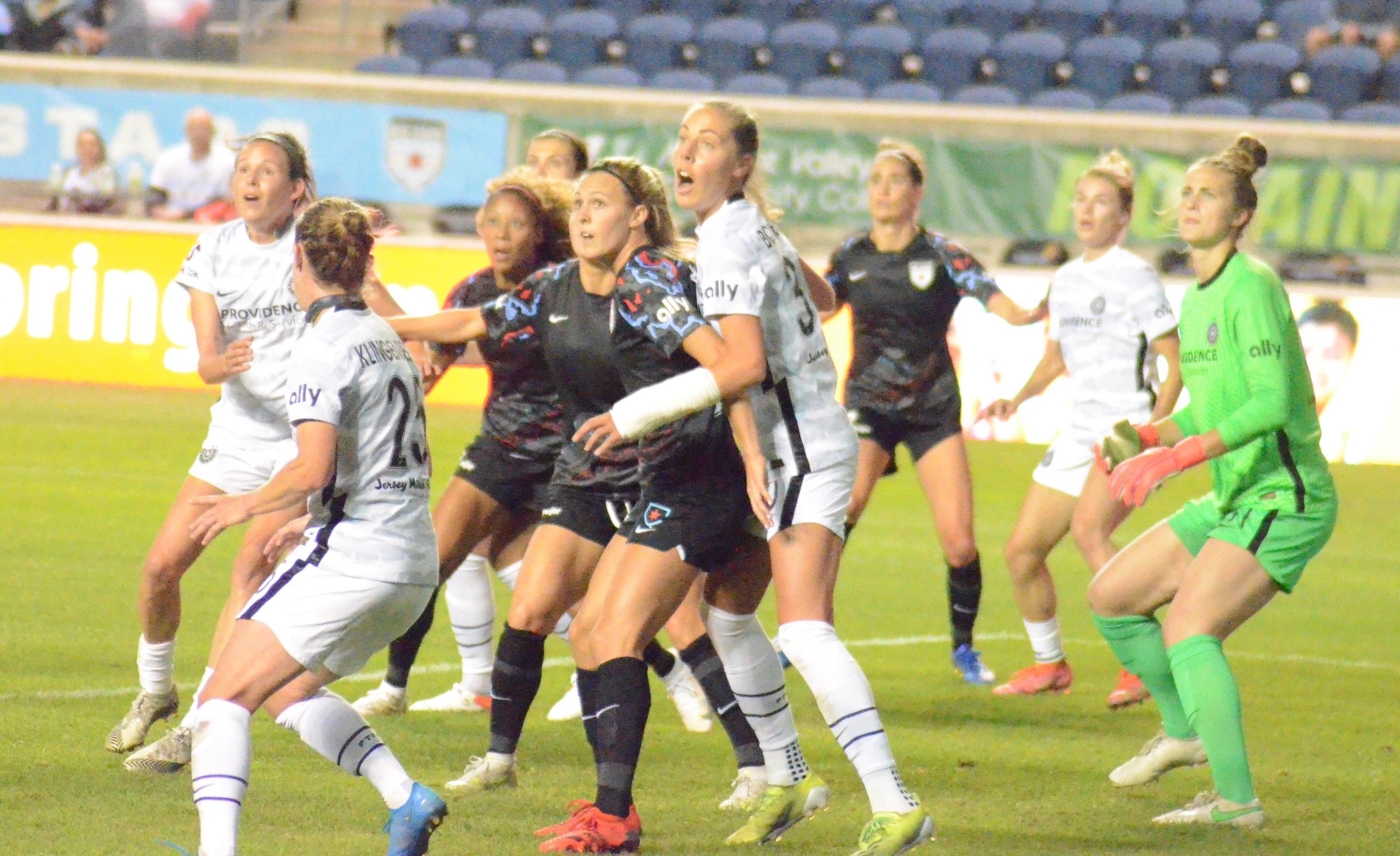 Red Stars and Thorns players keep their eyes on the ball during a throw-in Saturday at SeatGeek Stadium. Photo by Jeff Vorva

Up next
The Red Stars host their second straight game when the Orlando Pride comes to town for a 6:30 p.m. game on Saturday, Oct. 2.

Orlando is 7-6-7 after Sunday’s loss against the OL Reign on Sunday. That’s one point behind the Red Stars in the standings.

Michigan’s Leon Maric scored in the 62nd minute to knot the game up. 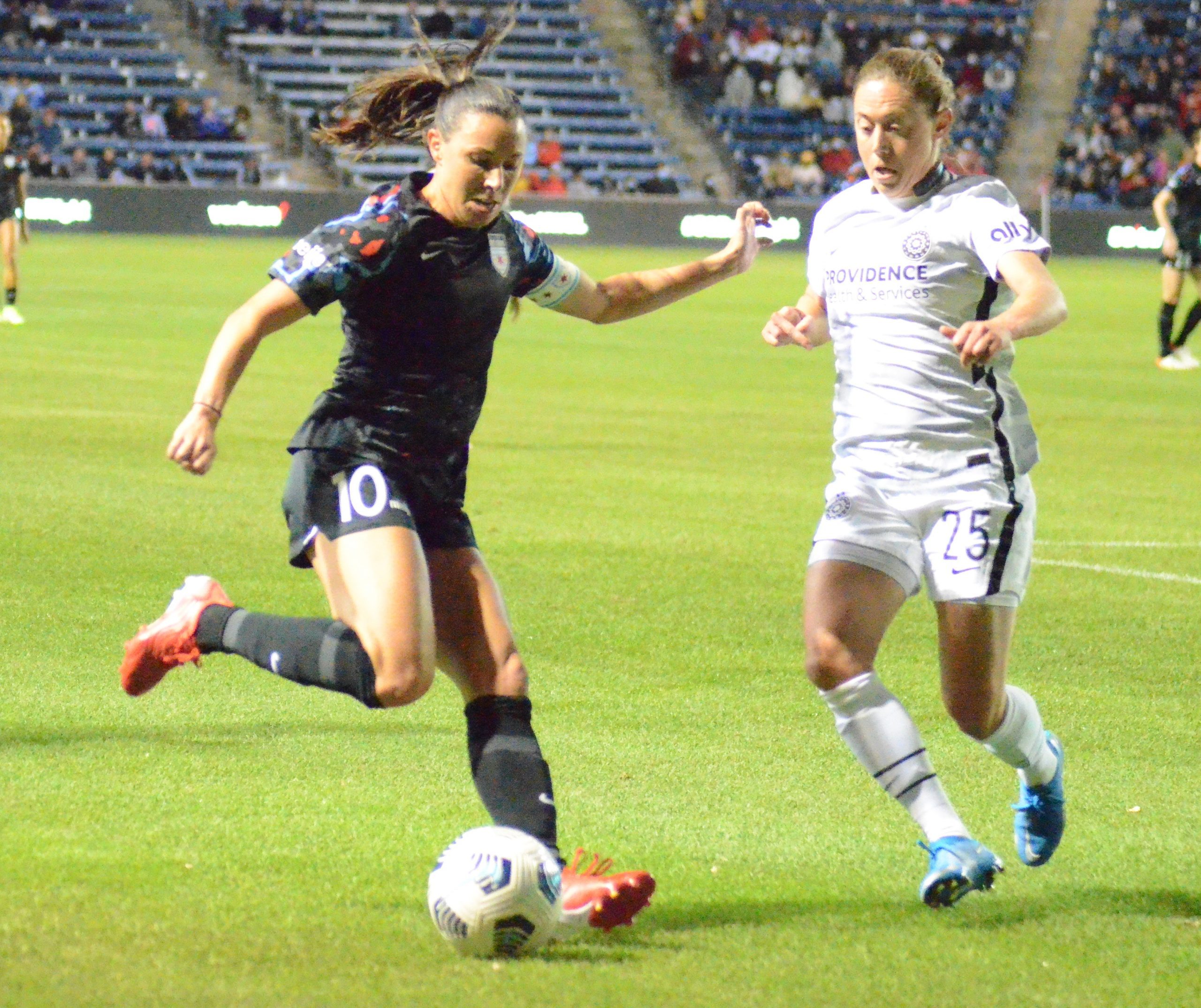 EYING THE PLAYOFFS
The NWSL season is winding down and these are the top eight teams alive for one of six playoff spots heading into this weekend.