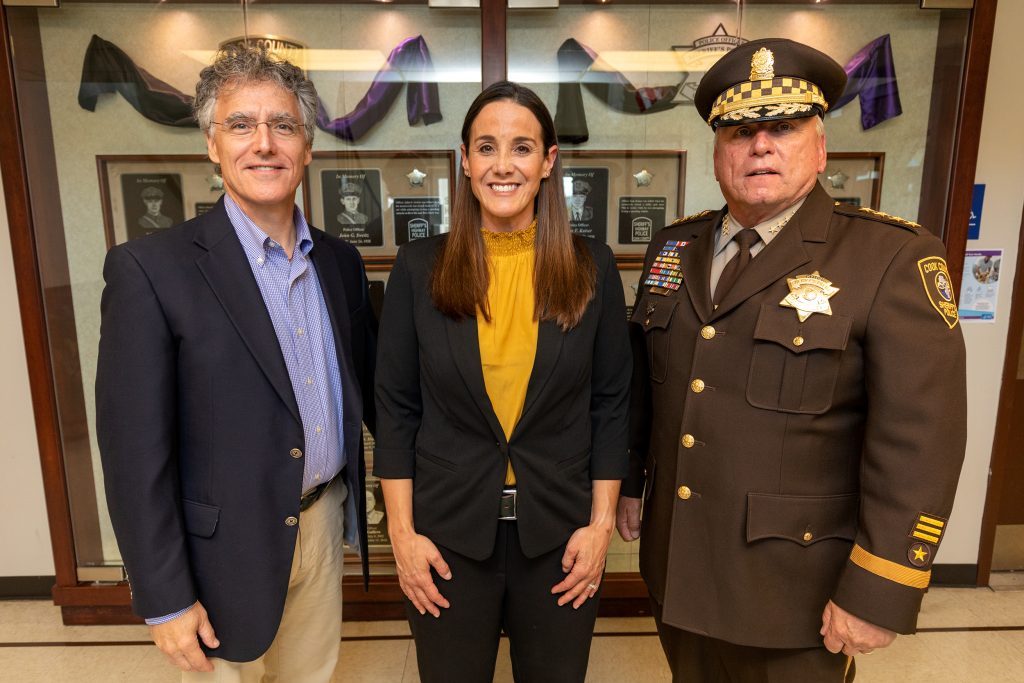 The Cook County Sheriff’s Police detective who solved the cold-case deaths of twin infant boys in Central Stickney has been named the 2021 Officer of the Year by the International Association of Chiefs of Police, Cook County Sheriff Thomas J. Dart recently announced.

Detective Ginny Georgantas was praised by Dart in a statement.

“This case was cold for nearly two decades, but it was not forgotten,” the sheriff said. “Detective Georgantas’ incredible dedication to solving this case is evidence that we never give up in our search for justice. I’m proud to have such committed detectives working to help keep our residents safe and prove that all cases are worthy of closure.” 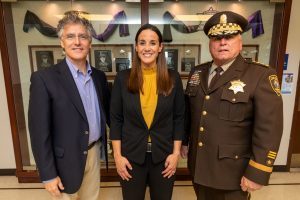 After being promoted to detective in 2015, Georgantas learned of the unsolved deaths of the boys.

Their deaths shocked and sickened many on the Southwest Side.

On June 6, 2003, the bodies of the newborns were discovered by a Waste Management employee who was emptying trash bins in an alley in the 4800 block of South Latrobe, in unincorporated Central Stickney.

A subsequent autopsy determined the infants had been born alive but died of suffocation, and the deaths were ruled homicides. Sheriff’s Police conducted an investigation at the time, but the case remained unsolved.

In 2018, Sheriff’s Police reopened the case and utilized DNA from evidence recovered from the scene in an effort to identify the birth mother using the latest developments in genetic genealogy.

A breakthrough from that research and subsequent investigations allowed detectives to eventually identify Antoinette Briley as the victims’ potential birth mother.

As part of the investigation, Sheriff’s Police detectives travelled to Holland, Mich. in 2018 and obtained a discarded item containing Briley’s DNA, which was matched to the DNA from the victims.

In 2020, Sheriff’s Police learned that Briley was in Cook County and took her into custody after a traffic stop in Oak Lawn.

She was charged with two counts of first-degree murder. Currently age 42, Briley is still awaiting trial and remains in the custody of the Cook County Department of Corrections.

Last year, Sheriff’s Police said Briley admitted to bearing the children in a bathtub and putting them in a duffel bag. She reportedly said she then carried the bag to her car and planned to take them to a hospital—but changed her mind, took them out of the bag and stuffed them in a garbage cart in an alley. She reportedly said she believed she could get away with it because no one had been aware that she had given birth.

According to published reports, Briley told investigators she “wishes she could take the whole day back” and that she’d kept driving to the hospital instead.

Georgantas said winning the IACP award is “an incredible honor…I just want everyone to know that I could not have done it alone. Everyone–from my supervisors and fellow detectives to the genealogist that taught me this work, to the other law enforcement partners that went out of their way to help–worked tirelessly to bring some measure of justice for these innocent children.”

The International Association of Chiefs of Police Officer of the Year award recognizes exceptional achievements in policing on a global stage, rewarding those who show an unparalleled commitment to public service and community safety.

This marks the second time a Cook County Sheriff’s Police Officer has won this award. The first was Officer Larry Ostrowski in 1975.