Skip to content
October 3, 2021/Comments Off on Pro Soccer Report: Fire wins in return to SeatGeek; NWSL cancels self amid abuse allegations 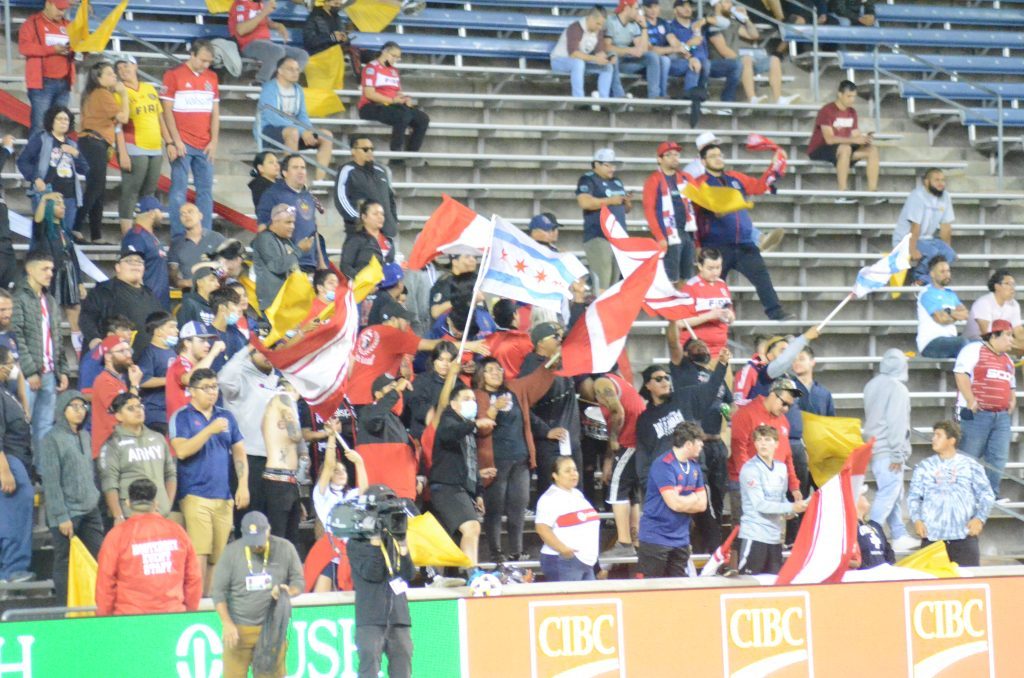 Chicago Fire fans returned to SeatGeek Stadium in Bridgeview on Sept. 29 for a one-off game between the Fire and New York. Photo by Jeff Vorva

When the MLS and NWSL schedules were announced months ago, the Chicago Fire was supposed to host the New York City Football Club at Soldier Field on Sept. 29. The Red Stars were slated to host Orlando three days later at SeatGeek Stadium in Bridgeview.

That’s not what happened.

In a wild four-day stretch in the world of pro soccer in Chicago, the Fire beat New York, 2-0, in front of an announced crowd of 5,593 on Sept. 29. That game was, however, played at SeatGeek Stadium in Bridgeview.

A few hours after the triumph, coach Raphael Wicky was fired.

The Red Stars did not play Saturday night against Orlando because the NWSL shut down over the weekend after allegations of sexual misconduct were levied against since-fired North Carolina Courage coach Paul Riley. NWSL Commissioner Lisa Baird resigned amidst the fallout.

Happy Return
The Fire celebrated its return to Bridgeview after leaving in 2019 for Soldier Field in Chicago. The Bears have a five-day window before their games in which the field is not allowed to be used, so the Fire came back to its old stomping grounds for the New York game.

Robert Beric and Fedrico Navarro scored second-half goals for the Fire, who improved to 7-15-6. Gabriel Navarro, 17, recorded his third shutout of the season.

Many of the current players had not played at SeatGeek.

“It’s funny, we train here and we’re here every day, but we don’t play an official game here,” Beric said. “It felt good. The stadium is nice. It’s a soccer stadium. We won the game, so it was all good.” 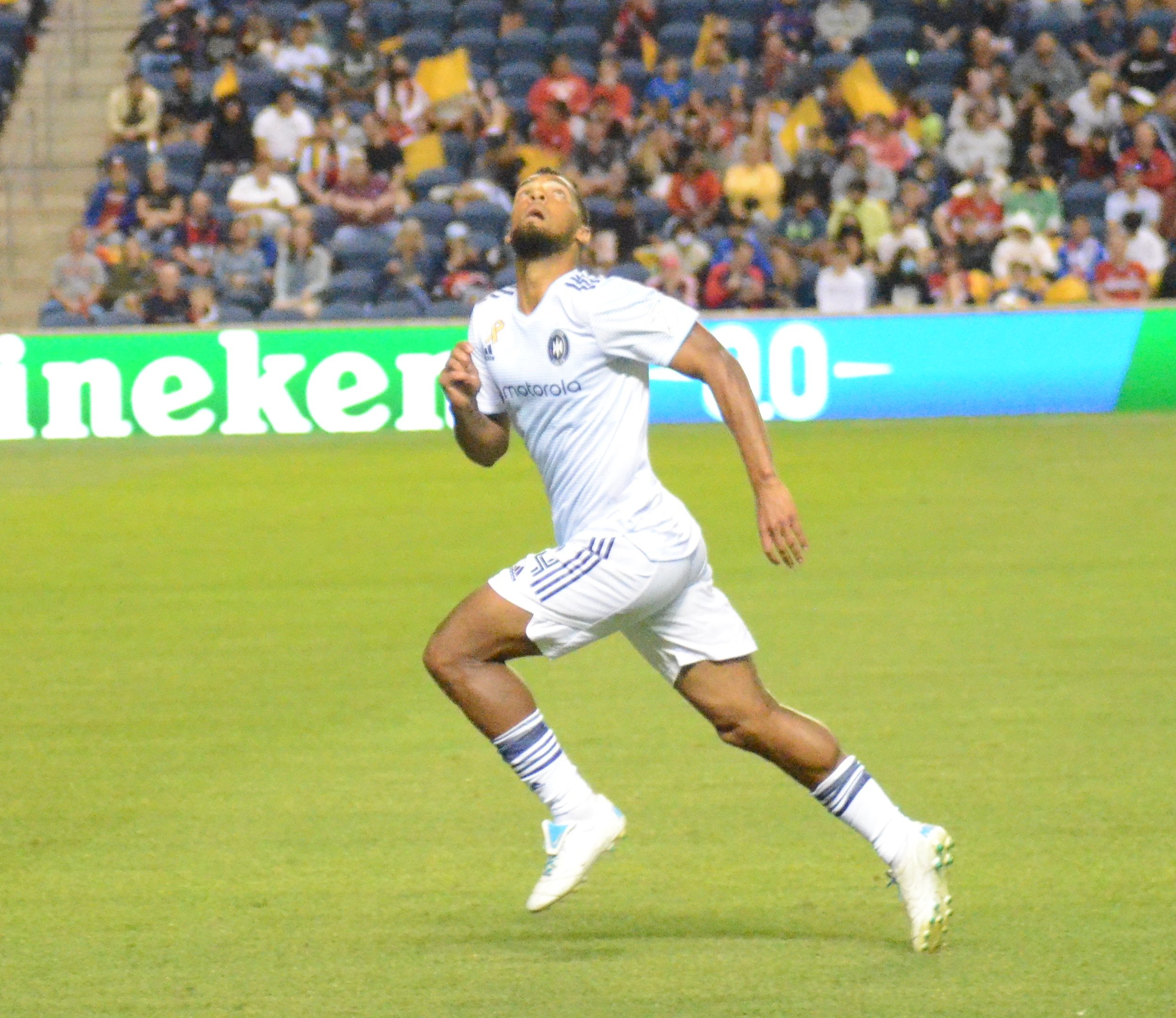 Johan Kappelhof, one of the few Fire players remaining from the 2019 squad that played its home games in Bridgeview, watches the flight of the ball in the Fire’s 2-0 victory over New York at SeatGeek Stadium. Photo by Jeff Vorva

It wasn’t all so good for Wicky, who was fired after the game. The Fire was 19-25-14 in his nearly two seasons with the club. Frank Klopas takes over as the interim coach.

Wicky reportedly was not going to be retained in 2022 and relieving him of his duties now allows him to return to Switzerland to tend to his ill father.

In a statement, Red Stars chief business officer Vicky Lynch said the team was looking forward to its biggest crowd in two seasons at the Orlando game, but that the organization supports the players union and the league in shutting down.

“Postponing the match is the right thing to do,” she said. ​“​After discussions between the league and the NWSLPA, it was decided that due to the ​horrific news ​regarding the sexual and emotional abuse inflicted on players by a longtime head coach, ​it would be ​unfair to ask players to compete this weekend.

“We are working in conjunction with our players to ​proactively implement additional layers of protection to ensure a safe environment for our players and front office, beyond the league policies currently in place.

“Please be confident that we will continue to do everything possible to ensure a safe and positive environment for our players and front office staff. The abuse of power must stop. Looking the other way must stop. Not listening to the victims must stop. We, the entire Red Stars organization, are committed to making that happen.”

Lisa Baird accepted blame for the current culture of the league and stepped down on Friday. An executive committee has been formed over the weekend to investigate allegations and to hire a new commissioner

Costly win
The Fire coughed up $20,000 for their victory in Bridgeview.

Did you know?
The Fire has players from 15 countries.

Housekeeping
The Chicago House snapped a six-game winless streak with a 2-0 road victory over San Diego 1904 FC on Oct. 2 in a National Independent Soccer Association game.

Wojceich Wojcik scored in the 62nd minute and Musa Morris added a second goal in the 87th. Michael Novotny recorded the shutout in goal.

The House hosts San Diego again at SeatGeek Stadium at 7:30 p.m. on Saturday, followed by a home match with the Chattanooga Football Club four nights later. 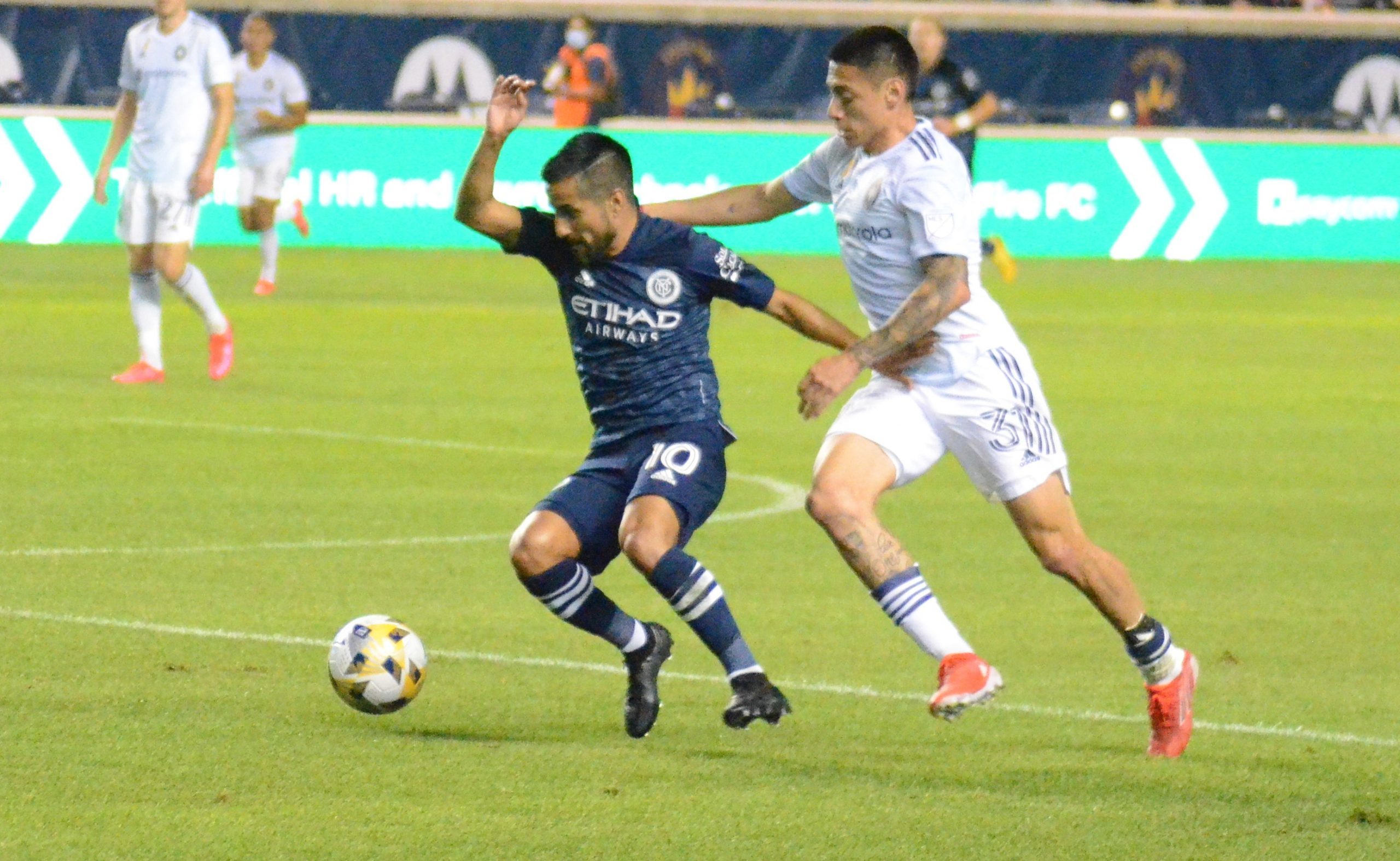 The Chicago Fire’s Federico Navarro, right, was issued a yellow card after this play in the first half of a 2-0 victory over New York. He later scored a goal. Photo by Jeff Vorva