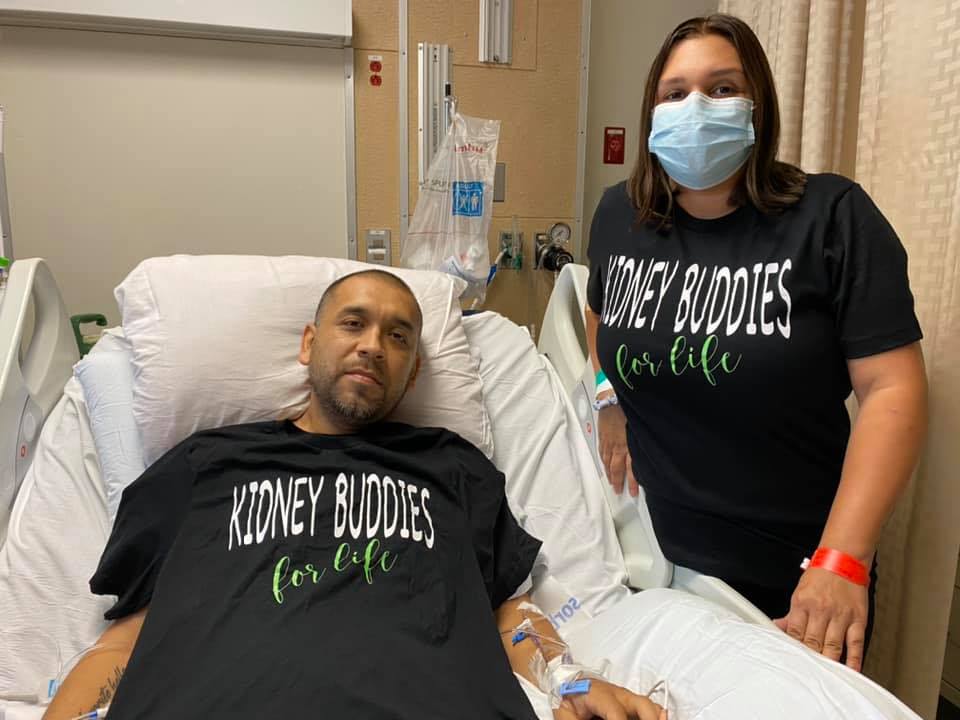 In what could have been the final inning of his life, Midway Baseball Association coach Julian Ortiz (left) needed a pinch hitter to spark a rally. A fellow MBA coach, Lisa Segura (right), did exactly that—donating her kidney and winning the game for Ortiz and his family. --Supplied photo

When baseball coach Julian Ortiz learned he would need a kidney transplant, he and his wife, Claribel, were quick to act.

For three years, the couple and their four children literally searched the world for a suitable donor; but little did they know the answer was right at home.

Ortiz, 41, a coach with the Midway Baseball Association in West Lawn, was diagnosed with glomerulonephritis 20 years ago. It is an autoimmune disease that slowly damages the tiny filters inside of the kidneys. 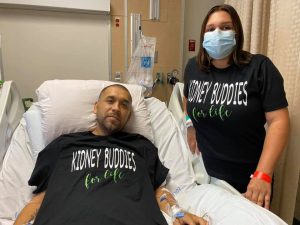 In what could have been the final inning of his life, Midway Baseball Association coach Julian Ortiz (left) needed a pinch hitter to spark a rally. A fellow MBA coach, Lisa Segura (right), did exactly that—donating her kidney and winning the game for Ortiz and his family. –Supplied photo

In 2018, Ortiz was told he needed a transplant.

Trouble was, the wait for a new kidney was about eight years, he learned.

The clock was ticking. As the disease progressed, Ortiz found his legs had swollen so terribly, he could barely get out of bed.

So his family put on their rally caps and got busy. Claribel hung flyers up around the city that stated the obvious from her children’s point of view: My Daddy Needs a Kidney.

“We had decals on our cars and family T-shirts stating the same message,” Claribel said. “I also became very active on social media. There are thousands of people out there looking for a kidney. The power was in the search and my ‘mom drive’ kicked in to do everything I could to find this kidney.”

One of those flyers was spotted by Lisa Segura, who also coached at Midway Baseball but had never met Ortiz.

“I saw the flyer by the concession stand [at Madigan Park, 4701 W. Marquette Road, where the MBA is based], took a picture of it and I just applied,” Segura said.

For her, making the decision was just that easy.

“I read that he was a dad and that he coached just like I do,” Segura said. “He’s a parent of four children. I couldn’t imagine if that was me. I knew right away that I wanted to help.”

As fate would have it, she was a perfect match.

Claribel and the Ortiz family were overcome with gratitude for Segura.

“Life is busy, and to commit to something like this takes a lot of back and forth…and with the pandemic and it being an elective surgery, it was a lot,” Claribel said. “Despite everything going on in the world, Lisa took the time to go to these appointments, and she really did it all for us. “

The transplant took place on Sept. 9 at the UIC Hospital. Both Segura and the Ortiz family praised the medical team and communication they received throughout the process.

Like a walk-off homerun, the transplant has been a game changer for Ortiz and his family.

“What Lisa has done means the world to us and it gave Julian another opportunity to have a better quality of life and to continue his role as a father,” Claribel said.

Julian said he is beyond grateful.

“Someone at the ballpark with four kids and a family of her own, with four kids, did this for me,” he said. “It’s humbling, and it gave me a new perspective on life.

“What Lisa did is heroic,” he continued. “We were touched by the fact that we both have four kids and she still wanted to do this; not only for me, but for my children. She gave them their dad back.”

Since the transplant, both Julian and Lisa said the Midway Baseball Association has provided plenty of support by providing meals and constantly checking in.

Segura, who is still healing from the surgery, said she is especially grateful for the Ortiz family.

“Julian and his wife have been phenomenal throughout this entire process, providing lots of help and support,” she said. “They are wonderful people.”

The similarities between Segura and the Oritz go beyond their kidneys.

Segura’s children ranging in ages 5 to 18, and the Ortiz children range in ages 6 to 16. Both of the families’ own dogs named Nova.

“We couldn’t even believe it,” Claribel said. “When we started comparing our similarities, we knew it was meant to be. We couldn’t stop crying on the phone with one another when we discovered she was a match.

“I still feel like we’re dreaming,” she concluded. “Lisa’s a part of our family now, and the one thing we hope most through our story is that we can give hope to others.”