October 8, 2021/Comments Off on Midnight Terror is bigger, better, uglier and scarier

Justin Cerniuk, of Oak Lawn, is 31 but his philosophy is the same at it was when he was 10 years old and started a horror show in his front yard.

“I’ve always had the same goals since I was 10 and that’s to have fun with a group of friends building spooky stuff,” he said. “That’s always been the dream and goal.”

From the yard to the garage to an abandoned lumber yard to a 25,000-square-foot former fabric warehouse, Cerniuk and his friends have been spooking people for decades.

He now runs a horror experience that keeps getting bigger and better. And a little uglier, truth be told.

His Midnight Terror Haunted House at 5520 W. 111th St. in Oak Lawn is in full swing through Halloween.

The series of shows will nearly double the number of days on its schedule from last year, operating across 22 dates.

It will add more actors, animatronic props, rooms, and special effects to its labyrinth layout, which boasts two connecting haunts under its roof, each with a different theme but both included with a paid ticket.

Cerniuk has built a monster with this event as officials say Midnight Terror has been voted a top 10 haunted attraction in the country by readers of USA Today. It has also been rated as a 2020 top 10 haunt by TheScareFactor.com and rated the No. 1 haunted house in Illinois by Fox 32 Chicago.

Cerniuk credits his staff for building an experience from scratch and not going to trade shows to purchase the horrific props.

“We are the opposite of corporate,” he said. “Everything we do is in-house. So many haunted houses have trade show props that are the same in all of the houses. We think it’s cool to have unique stuff.”

He said that rather than change things up every year, his group adds a new chapter to the experience each year. This year, his six-person creative team cooked up a chapter called “Willow’s Nightmare,” which is about a possessed girl and her scary nightmares.

It’s never too soon to start thinking about the following year’s show.

“We start talking about next year’s show now,” Cerniuk said. “When we are open to the public, we see what works and what doesn’t and we start making notes. We have our first meeting in January.”

There is a covered outdoor and indoor waiting area as well as entertainment provided by a DJ, photo opportunities before entering and departing, and online ticket discounts during the first three weeks of operation.

General admission starts at $28 online and $30 at the onsite ticket booth. VIP admission per person, which provides faster entry without having to wait in the general admission line, is $45. Immediate admission ($60 per person) guarantees instant entry into the haunt. 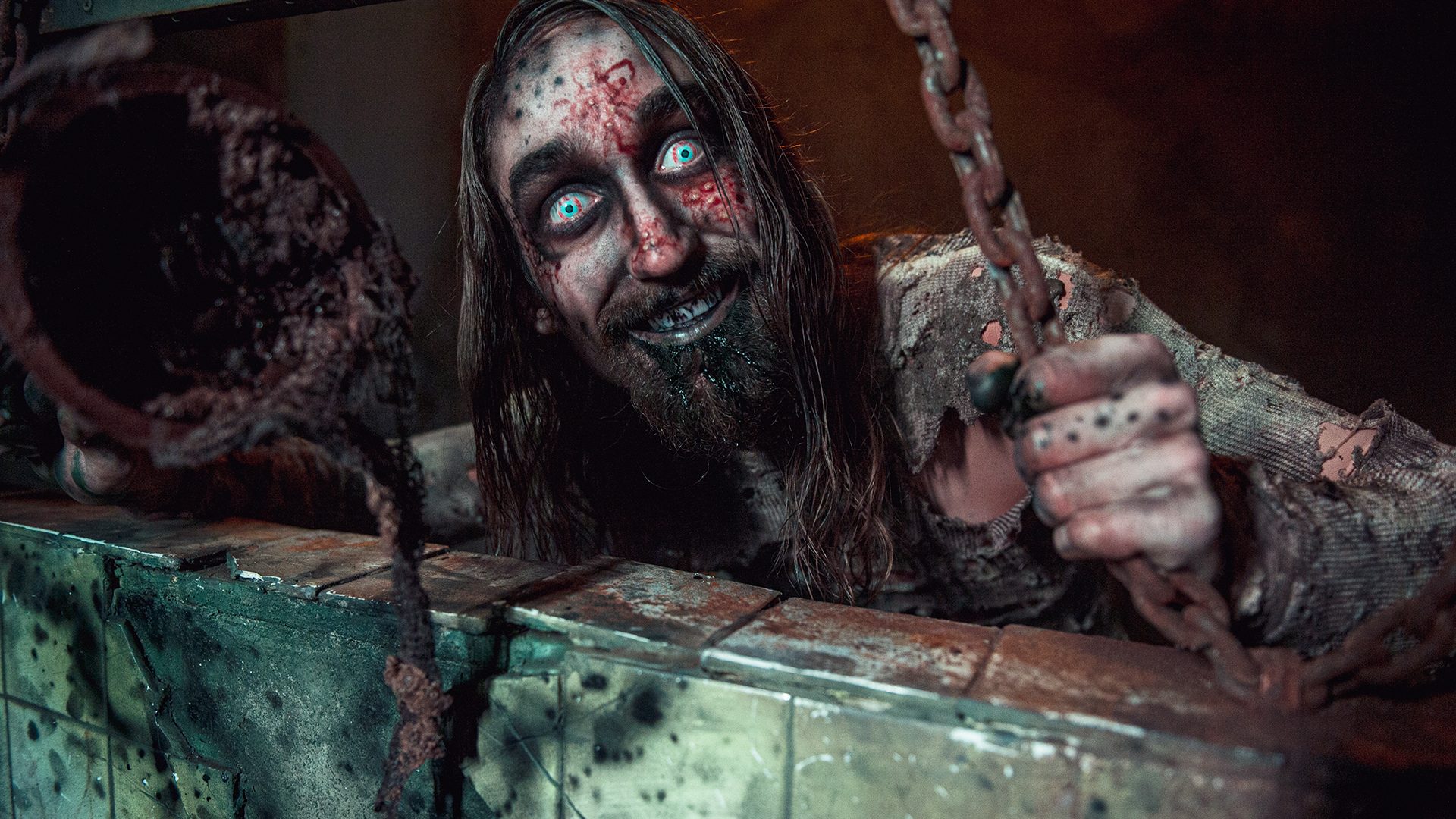