It was a weekend of firsts when it came to the area’s professional soccer teams.

The Chicago House won its historic first home game Saturday at SeatGeek Stadium in Bridgeview with a 1-0 triumph over San Diego 1904 FC.

Sunday night, Orland Park’s Tatumn Milazzo, a defender who doesn’t get many offensive chances, scored her first professional goal on the road in the Chicago Red Stars’ 3-2 loss to OL Reign at Cheney Stadium in Tacoma, Washington. 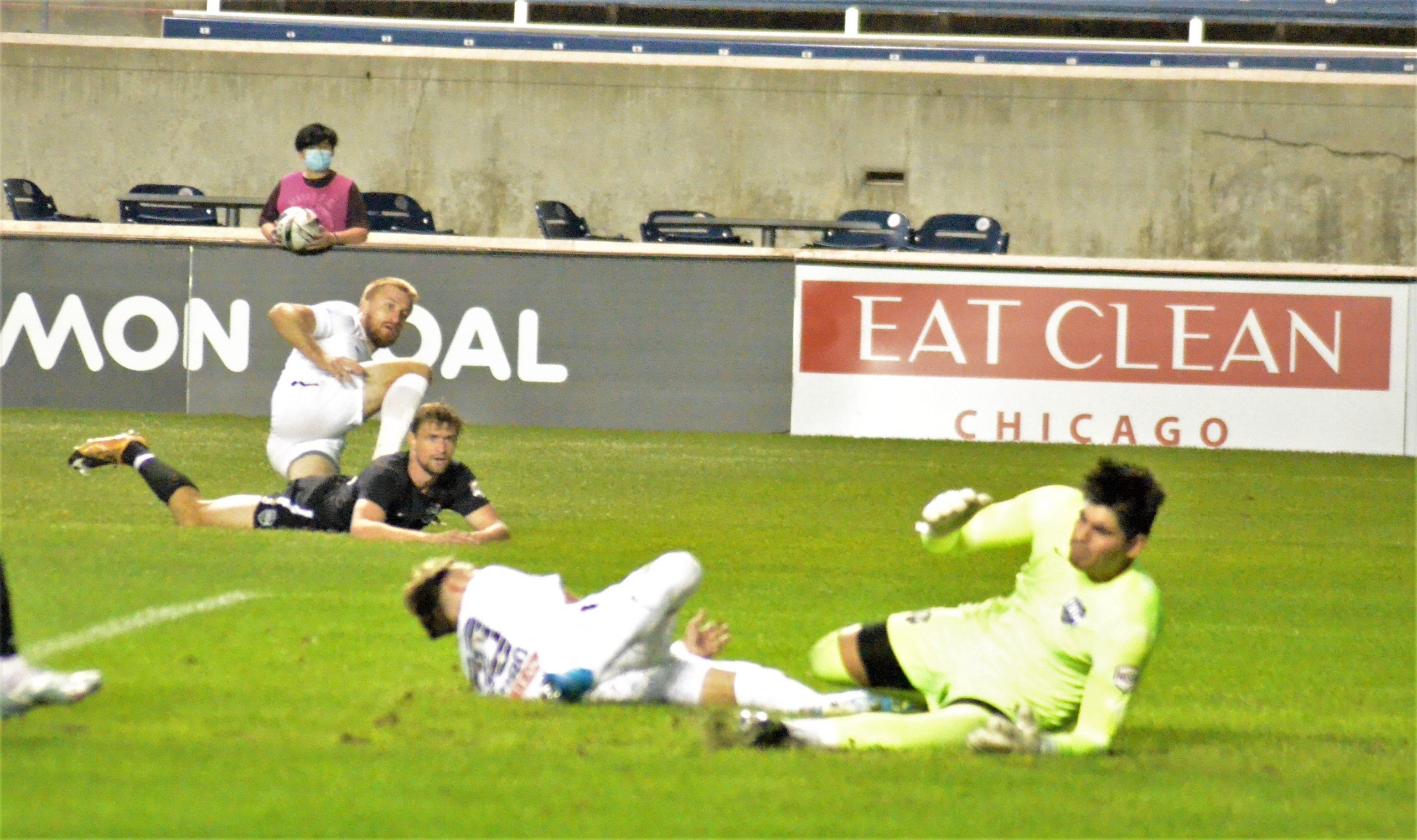 Chicago’s Ian Cerro slides into San Diego goalie Alfredo Cortez after kicking the ball into the net for the only score in a 1-0 House victory Saturday night. Photo by Jeff Vorva

The House’s Ian Cerro scored in the second minute of the National Independent Soccer Association game and that was all the scoring needed on the night as the House enjoyed its first two-game winning streak in franchise history.

“I’m just happy that we got our first home win and I’m glad I was able to contribute to that goal,” Cerro said. “I’m excited because the club deserves this and the fans deserve this home win.” 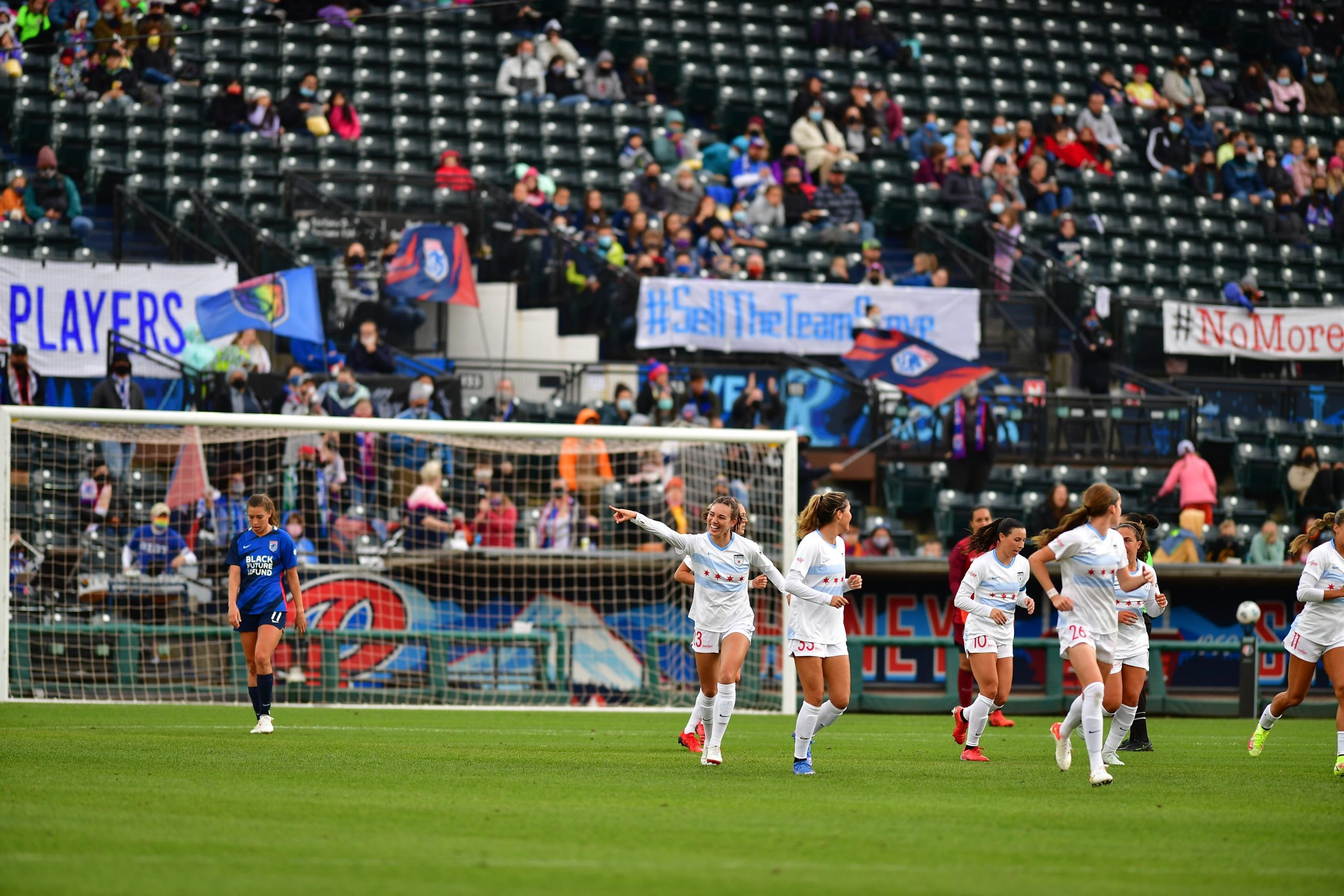 Earlier in the game, Mallory Pugh scored her team-high fourth goal to put the Red Stars ahead 1-0, in the 14th minute but the lead was short-lived.

This was the Red Stars’ first game back after the league postponed its Oct. 2-3 weekend schedule because of the trauma caused by sexual misconduct events involving coaches.

The two teams stopped play during the early stage of the match to lock arms in unity.

“It’s been emotional, and I just want to say thank you to those girls who came forward because I feel like they did that to protect us and to protect every player that plays in this league,” Red Stars forward Kealia Watt said. “That is incredible. It must have been so scary for them to come forward like that. We’re so grateful and we are playing for them.”

The Red Stars (8-8-5, 29 points with three matches to go) fell to seventh place in the 10-team league. The top six teams make it to the playoffs.

Just three points separate third-place Houston (32 points) and the Red Stars with three teams in between.

The Reign improved to 12-2-7 and is in second place behind Portland by one point.

The Red Stars had their postponed Oct. 2 match against Orlando rescheduled for Wednesday, Oct. 13.

That was the night the House was slated to play Chattanooga at SeatGeek Stadium. The House changed plans and will play that game on Wednesday, Oct. 20.

“From the day we decided to call SeatGeek Stadium home, we committed to being the best tenants and neighbors that we possibly could be,” said House CEO Peter Wilt. “We stand and support the Chicago Red Stars during this challenging situation in the NWSL.”

After the Wednesday game, the Red Stars host Kansas City at 7 p.m. Saturday in the last regular-season home game of 2021. 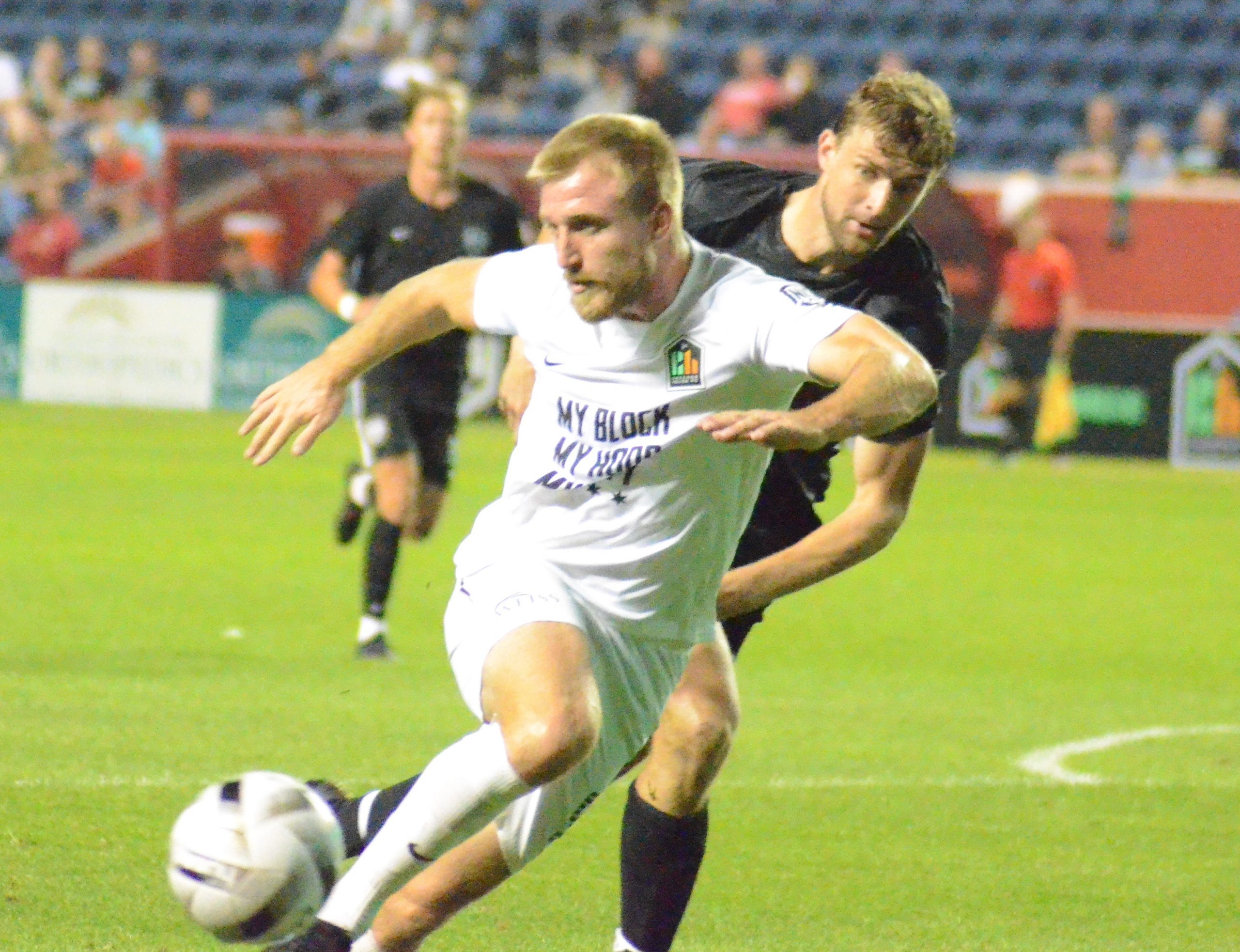 Chicago’s Derek Huffman moves the ball against San Diego in a 1-0 victory in Bridgeview. Photo by Jeff Vorva