Skip to content
October 15, 2021/Comments Off on Police reports

Two elderly men were shot and killed in an apartment building in the 4400 block of South Campbell at about 1:40 p.m. Thursday, Oct. 7. Police said Juan Alvarado, 80, was found in a hallway with gunshot wounds to his chest and head. He was transported to Mount Sinai Hospital, where he was pronounced dead. A second man, age 79, was found in an apartment room, shot multiple times in the body. He was pronounced dead at the scene. Authorities did not initially disclose his identity.

A 27-year-old man said by a law enforcement source to be a gang member was shot in the leg as he walked in the 2800 block of West 59th Street at about 9:30 p.m. Wednesday, Oct. 6. The victim was driven by an acquaintance to Holy Cross Hospital and then transferred to Mount Sinai Hospital, where he was listed in good condition. He told police that the shooter fired from a black Chevy Impala. No one is in custody.

A 21-year-old man was shot in the arm, leg and chest as he sat in a vehicle in the 4400 block of West 55th Street at about 3:45 p.m. Tuesday, Oct. 5. The victim was transported to Advocate Christ Medical Center, where he was listed in serious condition. No one is in custody.

A 19-year-old man was shot in the thigh as he stood near a sidewalk in the 4600 block of South Knox just before 4 p.m. Tuesday, Oct. 5. The victim was transported to Mount Sinai Hospital, where he was reported in good condition. There are no offenders in custody.

A 29-year-old West Lawn man was charged with criminal damage to property after he was arrested at his residence in the 3900 block of West 70th Street at 5:10 p.m. Sunday, Sept. 12. 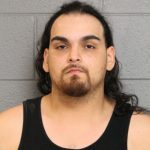 Carlos Seija allegedly damaged a storm door on the house where he lives. He also was wanted on two warrants, but a CPD spokesman declined to say what Seija was wanted for or what jurisdiction issued the warrants.

According to public records, Seija has been arrested eight times by CPD since 2019 on such charges as domestic battery, violating an order of protection, assault, aggravated unlawful use of a weapon, illegal possession of ammunition and violating parole by making contact with a streetgang member. 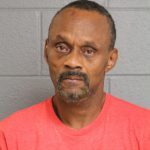 A 57-year-old Joliet man was charged with aggravated DUI, as well as illegally transporting open alcohol in a vehicle, after he was arrested at 67th and Springfield at 4:43 pm. Saturday, Sept. 18.

Vincent Neal Hobbs was encountered by officers as he attempted to change a flat tire on his vehicle, a CPD spokesman said. 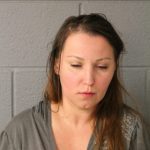 A 35-year-old woman from suburban Elmwood Park was charged with DUI and failure to reduce speed to avoid an accident after she was arrested in the 5900 block of South Merrimac at 1:35 a.m. Saturday, Sept. 25.

Lucyna Kolodziej, of the 2800 block of North Harlem, reportedly was the driver of a vehicle that struck a parked vehicle.

A 34-year-old Hearst area man was charged with being an armed habitual criminal after he was arrested in the 4400 block of South Lawler at 7:14 p.m. Tuesday, Sept. 28. 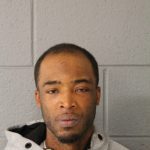 Aldridge A. Gardner was apprehended by police who spotted him walking in the street and detained him after a short foot chase. A pat-down yielded a loaded handgun, as well as substances suspected to be heroin and cocaine, a CPD spokesman said. A computer check revealed Gardner was wanted on three separate warrants—two from out of state—although the spokesman did not say what Gardner was wanted for of which jurisdictions issued the warrants.

According to public records, Gardner has been arrested four times by CPD since 2014 on such charges as criminal trespass to land and possession of a controlled substance. According to the Illinois Department of Corrections, Gardner has past convictions for drug and weapons crimes. On 2016 he was sentenced to six years in prison for a drug crime. He was released on parole in 2018.

A 41-year-old Scottsdale man was charged with domestic battery after he was arrested at his home in the 4600 block of West 84th Place at 4:50 a.m. Saturday, Sept. 25. Michael J. Hernandez allegedly grabbed a 39-year-old woman by the arms, causing scratches, during an argument.

Say woman would not leave motel

A 57-year-old woman was charged with criminal trespass to real property after she was arrested at the Saratoga Motel, 7701 S. Cicero, at 12:30 p.m. Monday, Sept. 27. Crystal Williams allegedly refused to leave the premises after being told to do so. A motel manager reportedly told police that Williams was a longtime resident there but was no longer welcome. 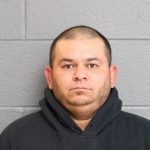 A 33-year-old Archer Heights man was charged with domestic battery after he was arrested at his home in the 5200 block of South Tripp at 12:20 p.m. Thursday, Sept. 23.

Jhony Argueta allegedly grabbed a 43-year-old woman by the throat and punched her in the head repeatedly during an argument.

According to public records, Argueta was arrested at his home last June and charged with domestic battery. 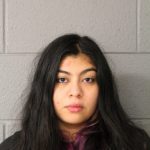 A 21-year-old Archer Heights woman was charged with domestic battery after she was arrested at her home in the 5000 block of South Kostner at 2:53 a.m. Tuesday, Sept. 28. 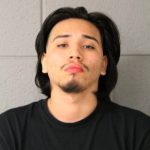 A 19-year-old Archer Heights man was charged with aggravated unlawful use of a weapon after he was arrested in the 4500 block of South Pulaski at 2:32 a.m. Thursday, Sept. 16.

Brayc Camacho, of the 4900 block of South Keeler, was reportedly found to be in possession of an unloaded handgun, a CPD spokesman said without elaborating.