It’s way, way, way too early to predict this, but it’s not something to dismiss.

While the current NAIA record is 380 triumphs by Oklahoma City’s Brian Harvey over a 26-year span, Lenarz could pass that and win a lot more before he gives it up.

Lenarz earned his 300th career victory on Oct. 6 with the Trolls’ 1-0 victory over Judson at the Schaaf Athletic Complex in Palos Heights.

And he doesn’t appear to be going anywhere soon.

“This is my dream job. This is home,” the longtime Palos Heights resident said. “This is my alma mater. My wife [Kelly] and I feel called to be a part of this community. We have found that there is nothing better out there.”

His youngest son, Ryder, was a ball boy at Saturday’s 2-0 victory over St. Francis (Illinois) in a Chicagoland Collegiate Athletic Conference home matchup.

He summed up his dad’s accomplishments in one word: “Cool!”

But Josh’s cool accomplishments are far from over.

Under his watch, the team won the NCCCAA National Championship in 2005 – the first national title ever won by an athletic team from the Palos Heights school.

This year’s team is fighting for a CCAC title. Heading into this week’s action, the Trolls were 12-2 overall and 8-2 in the conference with four games left in the season. Cardinal Stritch leads the pack with an 8-1 mark, with its only blemish coming to the Trolls, a 4-1 loss on Sept. 18. 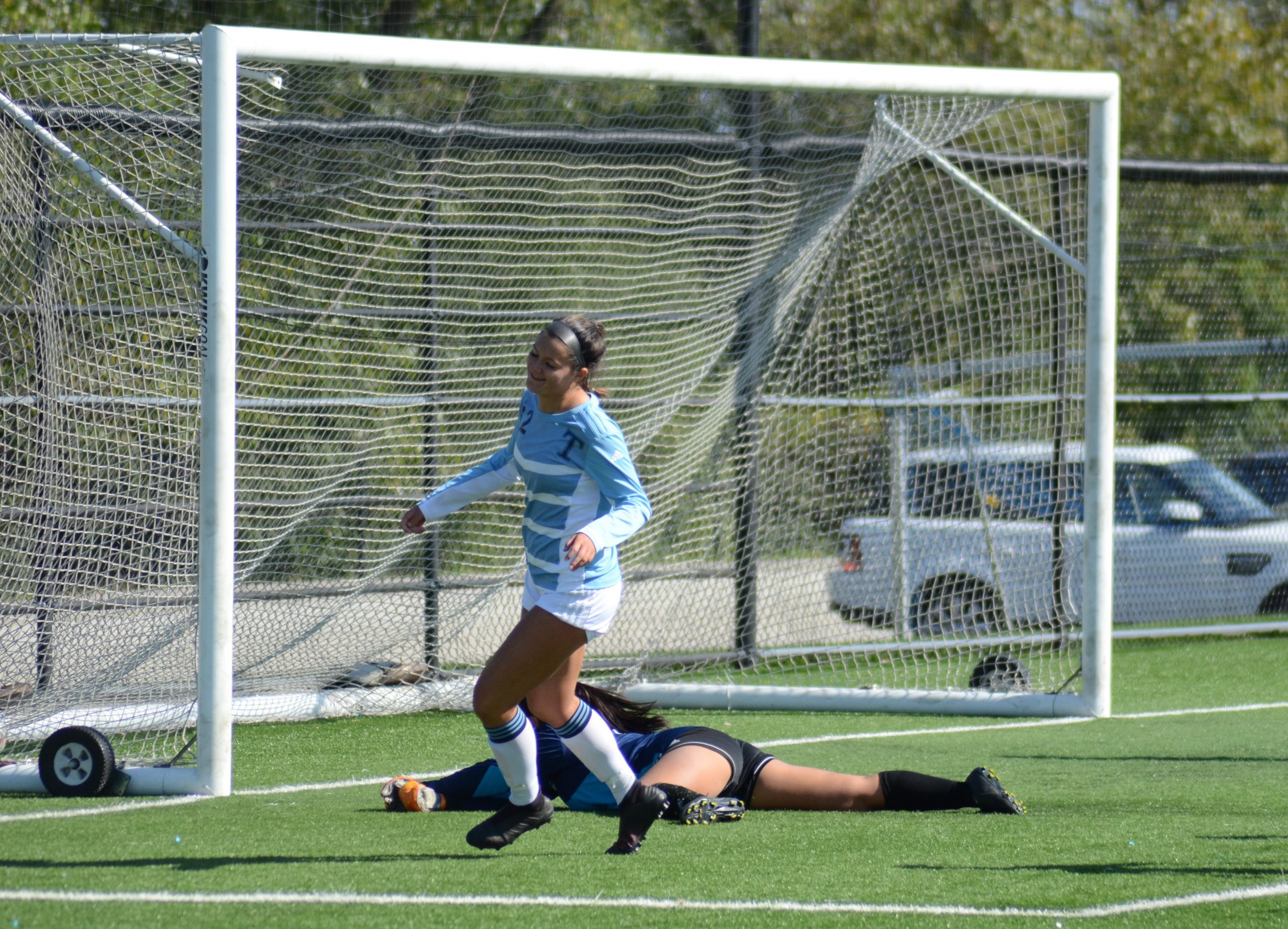 Trinity Christian College’s Brianna Uhl smiles as she scores her 18th goal of the season in a 2-0 victory over St. Francis (Illinois) on Saturday. Photo by Jeff Vorva

Why has Trinity been so good for so long?

“Early on, we decided we were going to recruit the right players,” Lenarz said. “We wanted players who were going to give us relentless effort and be great teammates to form a great team culture. We believe if we do that, it will give us a competitive advantage and the results will take care of themselves.”

Interestingly, the players on the roster come from all over. Lenarz scours showcase events, has a few favorite pockets in Michigan to look for talent, and still has connections in his native state of California. This year’s 33-player roster has nine from Illinois, as well at athletes from Michigan, California, Arizona, Canada, Massachusetts, Colorado, Idaho, Wisconsin, Indiana and Nevada.

Chicago Christian graduates Caroline Nowacki and Maddie Zamora are the only two area players on the roster.

Lenarz has to sell the school to some prospects, but he said there are times the school sells itself.

“We have a very good nursing program and the word is out,” he said. “If you are looking for a strong soccer program and you are a nursing major, this is a great fit.”

And Lenarz has been a great fit as the Trolls’ coach.

“I love every bit of it,” he said. “As I said, it’s dream job. I love the x’s and o’s. I love soccer. I love the travel, I love the recruiting, I love the scouting. I love to spend time with the team.” 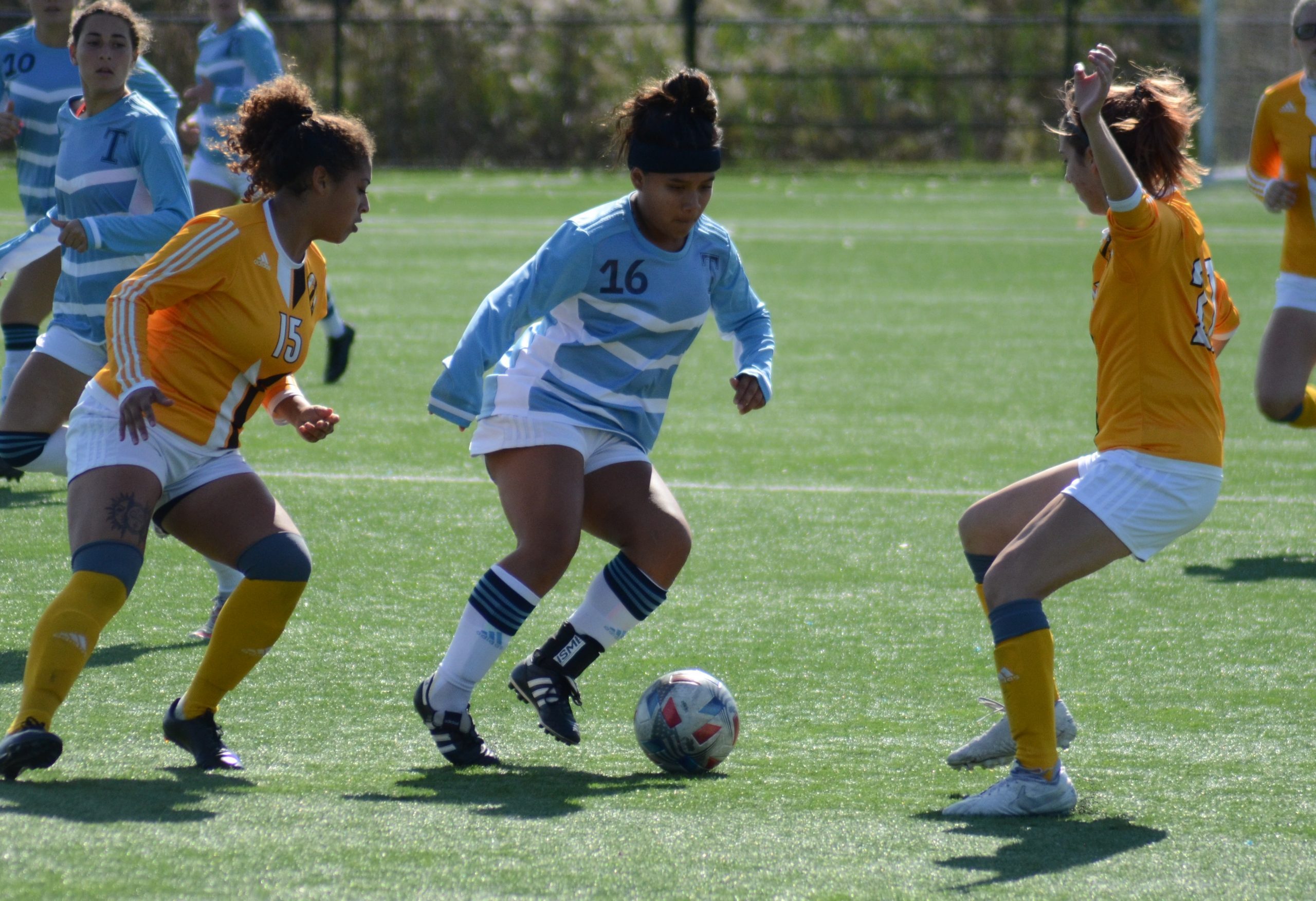 By JERRY NOWICKI Capitol News Illinois jnow[email protected] SPRINGFIELD – The six Republican candidates for Illinois governor faced off Tuesday night in Chicago, albeit on two separate debate stages, hours after a shooting at a Texas elementary school that dominated a large portion of the debates. A scheduling conflict between two TV networks – WGN and…