After decades of public service, Lyons Township Assessor Barbara M. Weyrick will retire at the end of the month.

Weyrick has had quite a career and climb since starting as an office manager for the Township of Lyons in 1984. She ran for assessor in 1985 and lost, then came back in 1989 and won.

She has sat at the helm since then, and was the first woman assessor in the State of Illinois.

“When you become an elected official, especially as a woman, you need to be strong,” she said.

During her time as assessor, she also served as president of Township Officials of Illinois, and president of Helping Hand in Countryside.

Weyrick is proud to have been hands on all along. What some may not know, is that Weyrick herself has gone out and measured property over the years.

“It’s not only about working out of your office. You’re there for those you serve, always. It’s about working in the field and out of the office.”

Over the years, her office has created a database of about 8,000 names, and those on the list get an email blast about what’s going on in her office and lets township residents know important dates and events that may be of interest to them.

Some of her fond memories are about helping all property owners become aware of the breakdown of their tax bills and the appeals process.

“No matter the language, we strive to help everyone that comes into the office. People get the truth when they come to our office, and I’m proud of that. You have a responsibility when you take the oath. People can appeal twice a year and should take advantage of that.”

Even though the appeals process is twice a year, office doors are open anytime.

“It’s not all about a twice a year tax bill. People shouldn’t even think of buying a home until they see the assessor or someone at the office. We are here for the people.”

When asked about her greatest accomplishments, she said, “I love working with homeowners, and challenging villages. I have loved being a watchdog for residents in 17 villages that make up our township. I can’t count how many homeowners I have listened to over the years. I’ve always had an open door policy in my office and feel for people who are burdened by high tax bills. I have loved helping people.”

Another accomplishment that means a lot to her is creating the Seniors Without Partners program which is still active.

“That’s a program that dear to my heart.”

Weyrick was the first president of Helping Hand in Countryside, where she held that position from 1993-2000. She is also very involved with honoring veterans that have served our country, and remains involved with Honor Flight missions.

When asked what she would tell those serving in public office “It’s what you need to do for them (those you are serving), not for yourself.”

Weyrick says she have loved helping others, but it’s time to retire. The incoming Township of Lyons Assessor will be Patrick Hynes, who was elected in April. While most township officials are sworn in a month after the election, state law allows assessors to remain in office until the end of the year.

When asked what she would tell him, “Be a public servant and be there for the people. Be proud! I’ve made a mark and Pat will continue to do so as well.”

Weyrick reminds township residents that the window for 2021 appeal process is still underway until October 25. She stresses that it’s also important for taxpayers to be on the mailing list, and before you close on a property, speak to someone in their office.

The office also processes exemptions, such as Homeowners, Senior, Senior Freeze, and Veterans. That is a big part of what they do to save property owners money.

“I’m proud to have saved people money over the years. It’s been millions. I know the color of some houses when I see the addresses, I am proud of what I do and what I have done.”

As for what she will do after retirement, she will continue to work with St. Cletus Parish in LaGrange, and work with the mission ladies.

“We are always in need of yarn and material for handmade dolls for children. I will also continue to work with Honor Flight and with my veterans whom I love.”

Her last day as assessor will be October 29.

In other news at the office, Karen Mally, who has worked with Weyrick for the past 14 years will also be retiring on October 29.

To get in touch with the Township of Lyons Assessor’s Office, visit www.lyonstownshipil.gov, or call 708-482-8300. 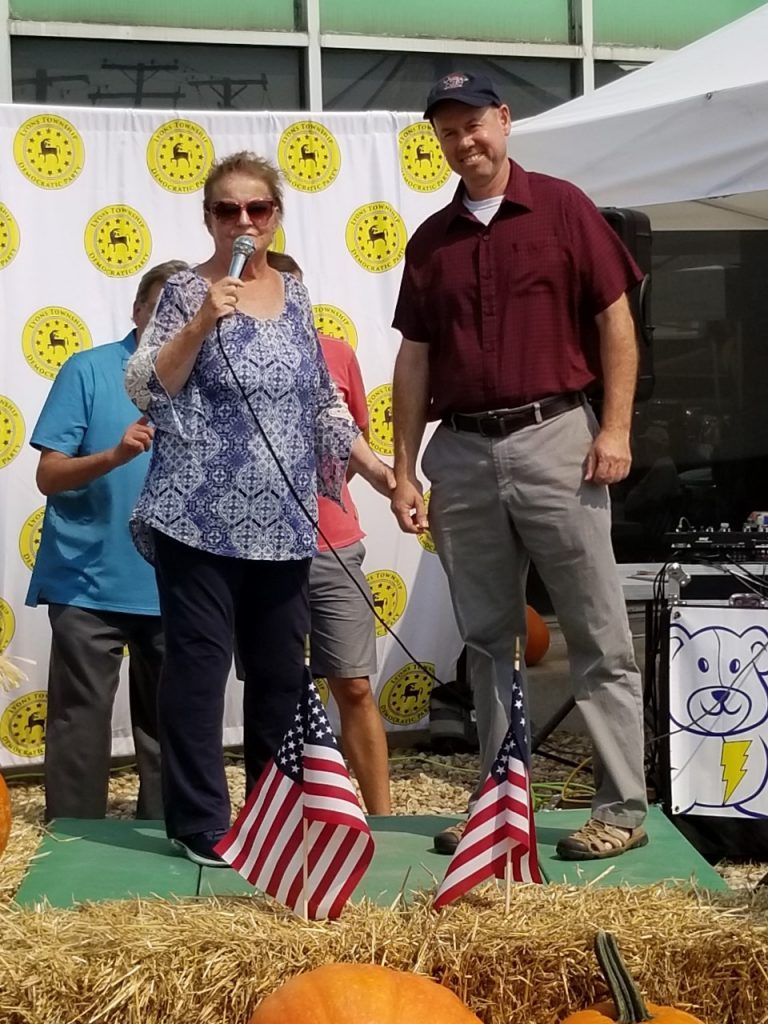