Chicago 3-year-old Tyler Myslinski, (left) and his 5-year-old brother Jason fight for the ball during an open house at the Wintrust Sports Complex Saturday in Bedford Park. (Photos by Jeff Vorva)

The Wintrust Sports Complex has not even held its grand opening yet in Bedford Park, but it’s already bringing ESPN to town in July.

The facility’s general manager, Wade Walsh, said the American Cornhole League will host its Final Chase at the new site and ESPN will be broadcasting the finals on July 4, right after the Nathan’s Famous Hot Dog Eating Contest.

Walsh said that the 116,000-square-foot building at 5499 W. 65th St., will house concerts, graduations, trade shows, birthday parties and “you name it.” It has a laser tag room, an arcade, a restaurant, a concession stand, meeting rooms and a section for e-sports.

But the main event for the sport palace is…well…sports.

Officials are banking that this place, which has eighth hardwood basketball courts and can turn it into 16 courts for volleyball, will be filled every weekend with youth and high school tournaments. 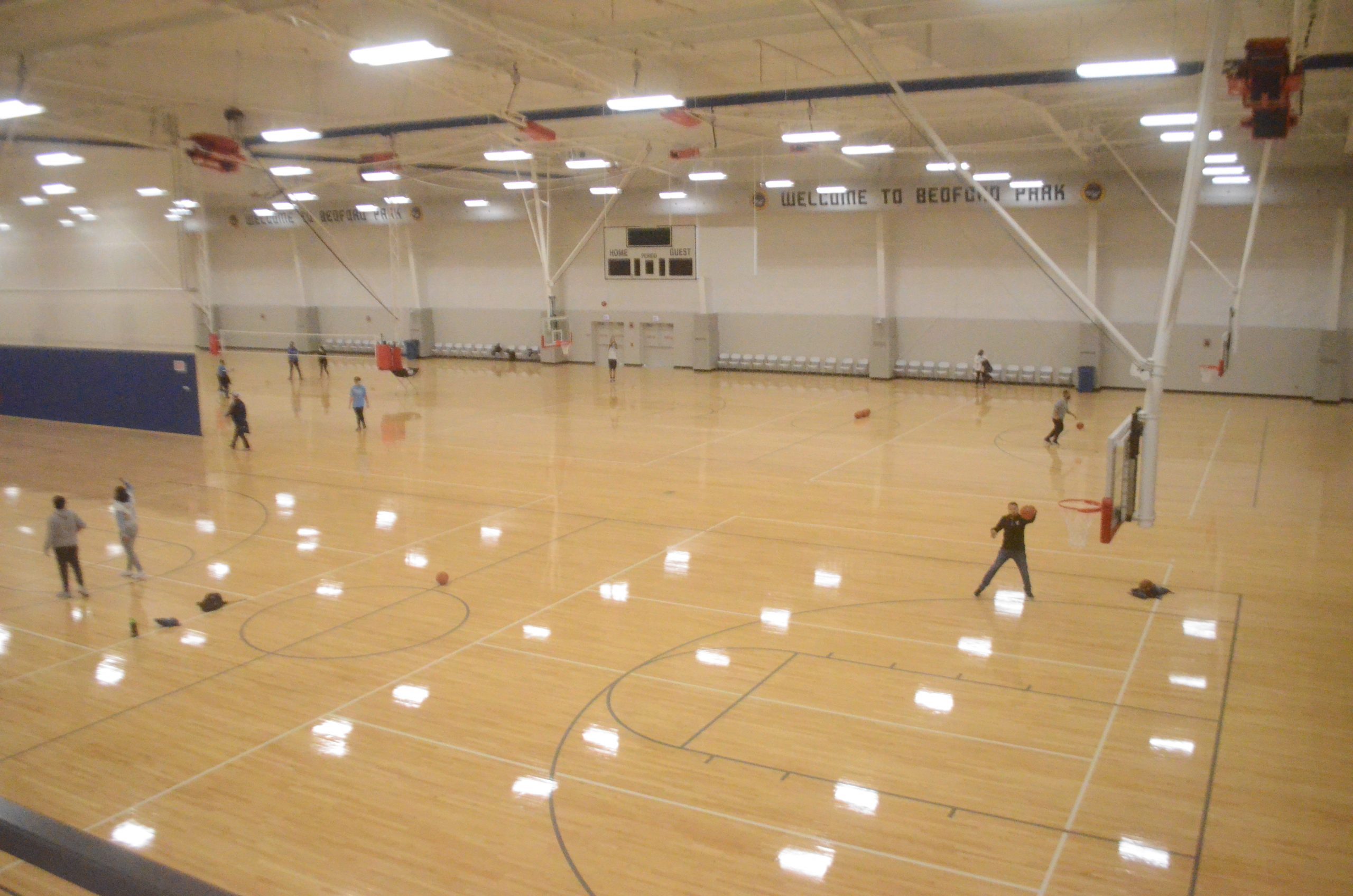 Here are just a few of the basketball courts at Wintrust Sports Complex in Bedford Park.

Unlike most monster sports buildings, this one has a lot of whistles and bells with the arcade, laser tag and e-sports rooms.

“We have one-stop shopping here for everyone,” Walsh said. “If you come to watch your brother play basketball, you can hang out and play in the arcade.

“Every weekend, we will be packed with youth tournaments for basketball, volleyball, cheerleading, wrestling – you name it, and we’ll have it here.”

The facility had an open house on Saturday and people couldn’t help but to stop and take in the enormity of it all and being impressed.

“This is some place.”

The official grand opening is slated for Nov. 6. 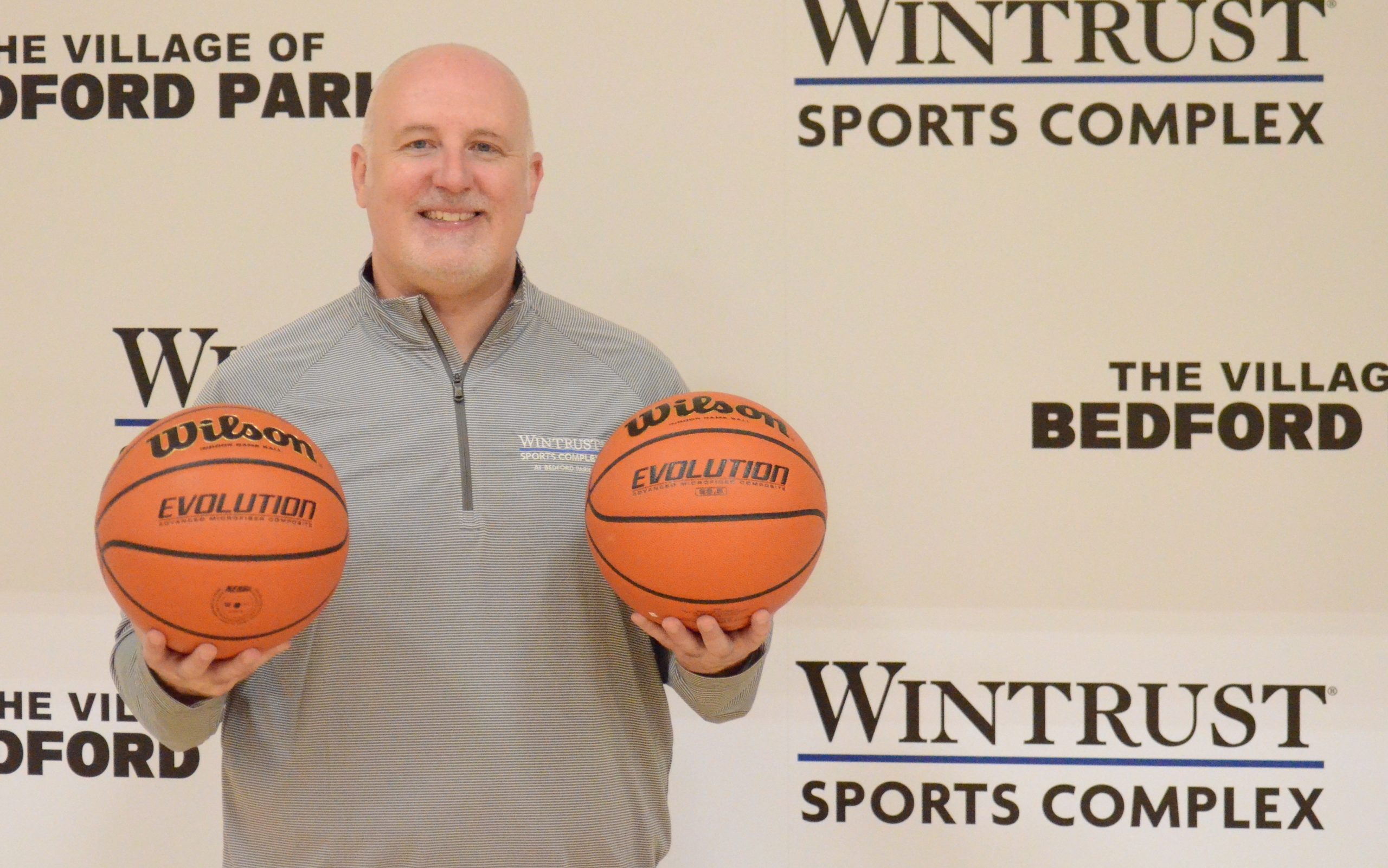 Wintrust General Manager Wade Walsh is excited about the amount of events and activities the Wintrust Sports Complex will host.

One Day Shootouts, an organization that specializes in youth basketball tournaments for boys and girls from second through 12th-grade, is already making a home at the facility and it plans on hosting a Winter Tip-Off on Dec. 5.

Ground broke on the building two years ago and in September, the Village of Bedford Park inked a multi-year deal for naming rights for the facility.

“We’re excited to get to work with Winstrust, a valued community partner of ours that will aid us our business and economic goals for our community,” Mayor David Brady said in a statement.

“Wintrust is the right partner for us in many ways and we look forward to creating wonderful experiences for everyone who visits the Wintrust Sports Complex. We collectively believe in building a better future for our kids and for our community.”

The project has been going on awhile and Walsh, a native of Dwight and a resident of New Lenox, got on board in January and is excited about this venture.

“It’s unbelievable,” he said. “I’ve been on the staff for eight or nine months and to see it back then as kind of a shell and to see it transformed into what it is today is amazing.” 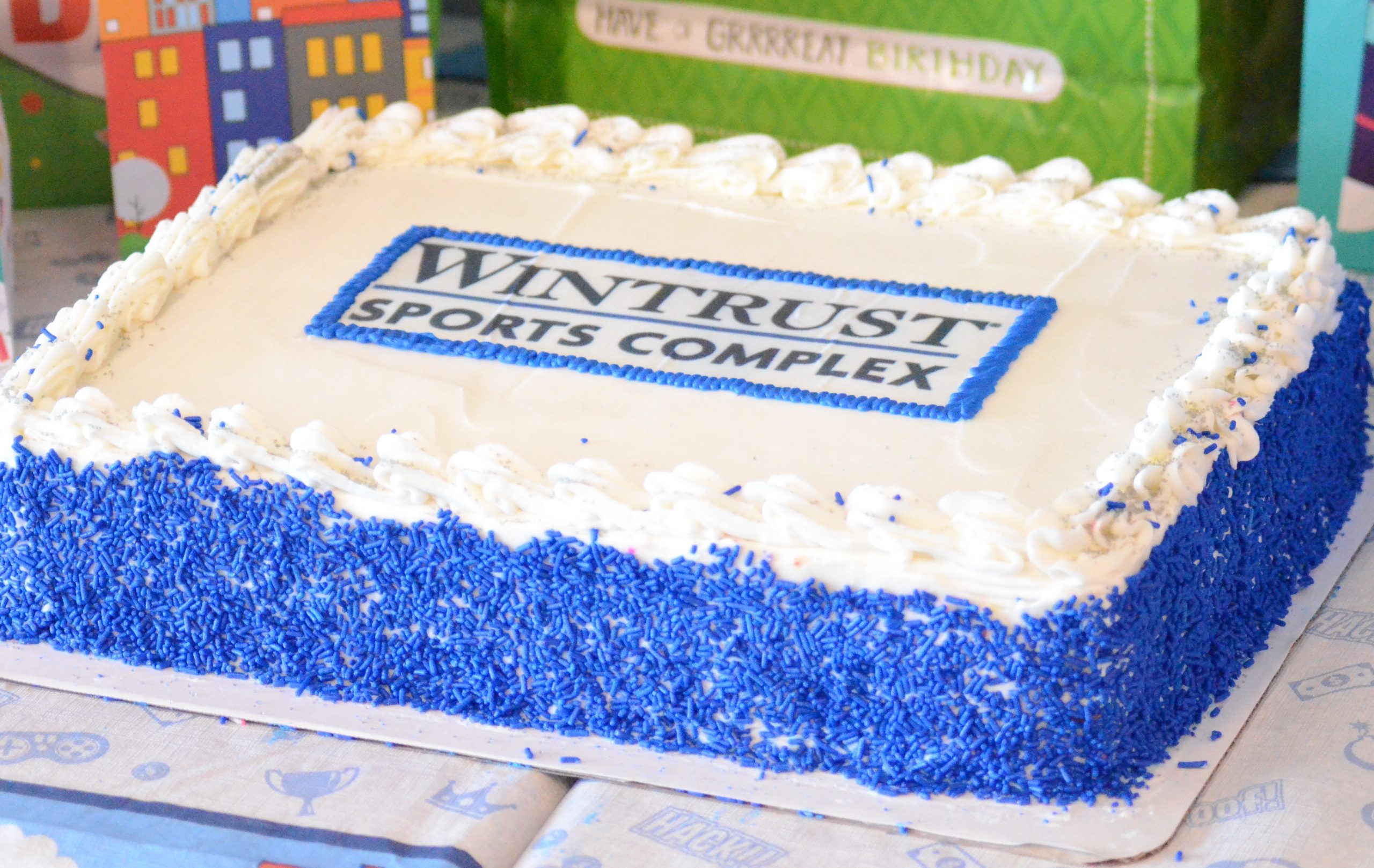 Birthday parties will be among many things offered at Wintrust Sports Complex in Bedford Park.