October 29, 2021/Comments Off on Curie shut out of ‘challenge’ grant

A Curie High School athlete steps in one of many holes that pock the athletic fields at Curie Park, adjacent to the school, 4949 S. Archer. Many of the holes are caused by uneven, sinking soil. Others are entrances to rat burrows. Either way, the unpredictable nature of the fields has been blamed for injuries, including twisted knees and ankle sprains. --Screenshot from a Southwest Collective video

Curie shut out of ‘challenge’ grant

No relief in sight for neglected athletic fields

Three Southwest Side public-land improvement proposals have made it to what Lightfoot Administration officials are calling the semi-finals of the Chicago Community Works Challenge:

One of the three will be funded. Southwest Siders who want to advise Lightfoot Administration officials on which should receive the nod are encouraged to visit chicago.gov/ChicagoWorksChallenge and register for an online meeting set to occur at 6 p.m. Thursday, Nov. 4.

The Challenge offers a total of $10 million to support upgrades to public properties throughout Chicago.

One upgrade on the Southwest Side will be funded up to $1.5 million—and one in each of six other parts of the city.

One of the nearly 500 grant applicants that did not make the cut is the Archer Heights Civic Association.

AHCA President Thomas S. Baliga, a longtime supporter of Archer Park upgrades, is dissatisfied with the process, to say the least.

“I submitted a request asking for the complete renovation of the Curie Park football field (4949 S. Archer, adjacent to Curie High School), which currently is a total wreck and basically unusable for any sport,” he told the Greater Southwest News-Herald. “It’s so pock-marked with shoe-sized holes and low spots that pool water, that kids would sprain an ankle–or worse–if they tried to run across any part of the field.

A Curie High School athlete steps in one of many holes that pock the athletic fields at Curie Park, adjacent to the school, 4949 S. Archer. Many of the holes are caused by uneven, sinking soil. Others are entrances to rat burrows. Either way, the unpredictable nature of the fields has been blamed for injuries, including twisted knees and ankle sprains. –Screenshot from a Southwest Collective video

“The field is such a disaster that the Curie High School football team can’t even use it for practice, and no home games are held there,” Baliga continued. “In fact, the field has not been used [for interscholastic sports] for over 10 years.”

He said the request he submitted not only asked for the football field to be renovated, but also requested that it have the capability to be converted to a soccer field on an as-needed basis, and for a track/walking field to be installed around the perimeter.

Baliga challenged Lightfoot and top schools and parks officials “to come to Curie, walk the field and see for themselves what a disaster it is.”

The AHCA is not the only organization that has pleaded for officials to do something. In 2019, the Southwest Collective made a video in which Curie coaches and student athletes described what some say are conditions of scandalous neglect at the park.

Like the AHCA’s request, the Collective’s campaign came up empty-handed—although Collective officials say they hope to jump-start their effort in the months ahead.

In a statement, the mayor said, “Ensuring that neighborhood investment remains a collaborative effort between our communities and City government remains a top priority of my administration. The wide array of ideas we’ve received from this challenge reflects this commitment, and they will help guide and enrich our capital improvement plans for years to come.”

Semi-finalists were determined through a selection committee comprised of Lightfoot Administration representatives from the Department of Planning and Development, the Chicago Park District, Chicago Public Schools, the Chicago Public Library, the Department of Assets, Information, and Services, and the Office of the Mayor. The committee’s reviews were reportedly based on project viability, need, cost, impact, and other criteria.

Measure would close vax loophole By Peter Hancock Capitol News Illinois and Tim Hadac A number of Southwest Siders are pushing back against a new state law designed to clear the way for employers to enforce vaccination, testing and other mitigation measures to prevent the spread of COVID-19. The measure, Senate Bill 1169, amends the Illinois…

Back in their dancing shoes

After the pandemic forced them off the stage for more than 20 months, the boys and girls of Ballet Folklórico Estrella del Mar donned their costumes and dancing shoes last week and performed for Big Shoulders Fund representatives visiting St. Mary Star of the Sea School in West Lawn. Founded in 2015 at the…

Infestation ‘out of control’ in Clearing, Garfield Ridge By Tim Hadac Fall is the time when pest-control companies see a surge in calls from homeowners who see mice and sometimes rats trying to get inside sheds, garages and even homes to find shelter for the winter. But this year is far worse. “Rats are out… 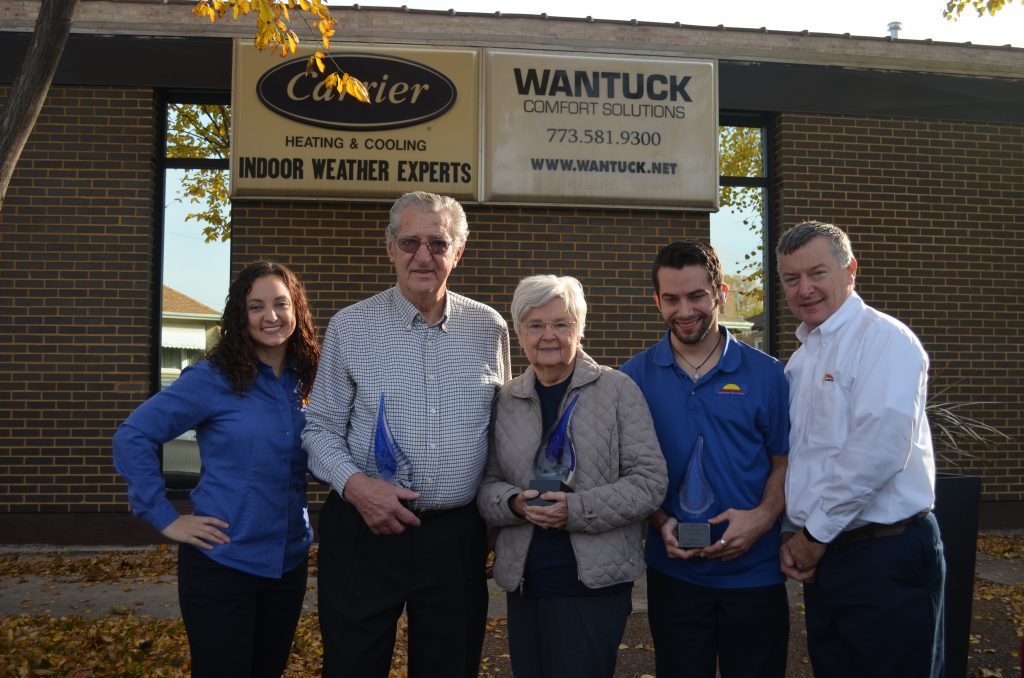 Thousands served in Clearing, Garfield Ridge By Tim Hadac Some small businesses in Clearing and Garfield Ridge have served so many people for so long, you just have to say the family name and folks will know exactly what kind of business you’re talking about. For example, Soukal is one. Pticek is another. And of… 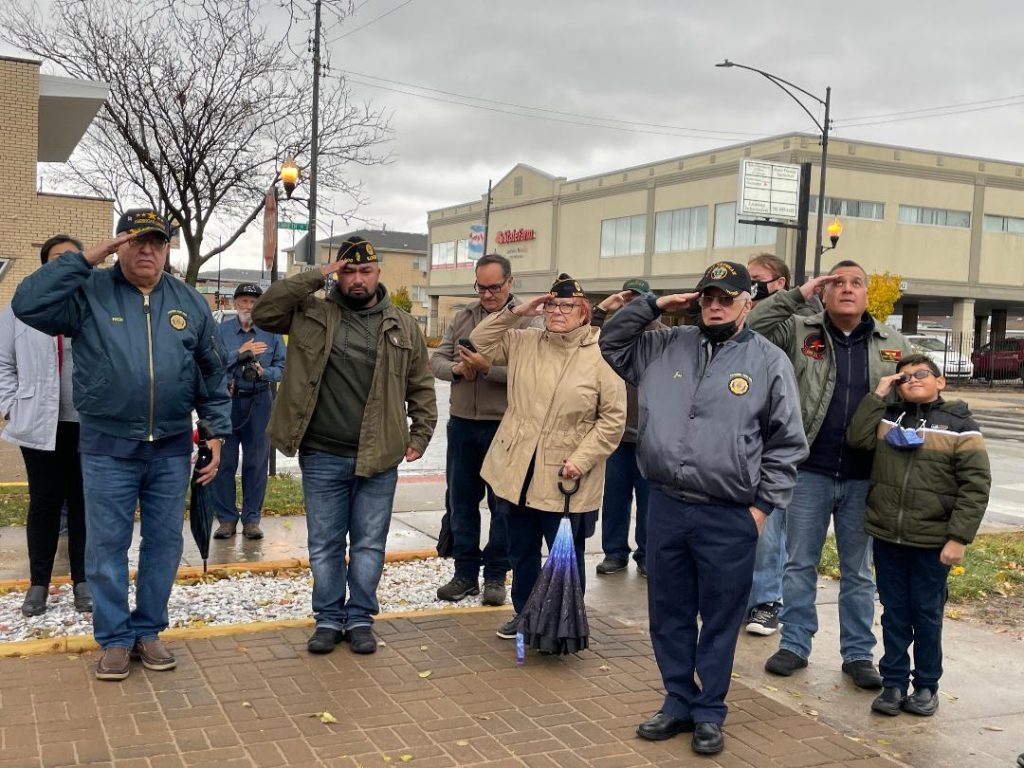 Grateful SW Siders rededicate a refurbished military monument on 63rd Street By Kelly White The monument at the northwest corner of 63rd and Kenneth, which honors the men and women who served in the nation’s military, was dedicated in 1948—when World War II was still a fresh and often painful memory for millions. Seventy-three years… 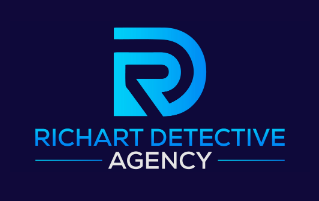 Garfield Ridge sleuth uses “just the facts” approach to uncovering the truth By Tim Hadac In a world filled with deception, half-truths and outright lies, Jose Richart seeks the truth, the facts. And he finds it. A private detective who launched the Richart Detective Agency earlier this year, Richart is steadily building a business useful…