Skip to content
October 29, 2021/Comments Off on Police Reports

Shot in the head and killed 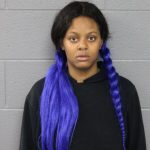 Jazlyn Hyatte, 21, of the 3300 block W. 60th Street, was shot in the head by a person inside a black Jeep that pulled alongside, a witness told police.

She was transported by the CFD to Advocate Christ Medical Center, where she was pronounced dead at 10:59 p.m. No one is in custody.

According to public records, Hyatte was arrested twice by CPD in 2020—once charged with disorderly conduct and once with aggravated assault.

Woman shot in the face, killed

A 25-year-old woman was shot in the face and killed in what police said was an accident that occurred in a backyard in the 3700 block of South Wood at about 12:30 a.m. Saturday, Oct. 23. Police were told that the gun belonged to the woman’s boyfriend. The woman was taken to Stroger Hospital, where she was pronounced dead at 12:59 a.m. The boyfriend was taken into custody. Area 1 detectives are investigating.

Shot in the foot on 47th Street

A 30-year-old man was shot in the left foot as he walked down the street in the 2400 block of West 47th Street at about 2 p.m. Saturday, Oct. 23. The victim was transported to Holy Cross Hospital, where he was listed in good condition. Police said the shooter fired from the passenger side of a white Jeep. No one is custody.

Shot in the back on 43rd Street

A 30-year-old man was shot in the back as he parked his vehicle in the 2500 block of West 43rd Street at 12:38 a.m. Saturday, Oct. 23. The victim was transported to Advocate Christ Medical Center, where he was listed in fair condition. Police said the shooter, who remains at large, fired from a red Jeep.

Stands outside, shot in the wrist

A 28-year-old man was shot in the wrist as he stood outside in the 6400 block of South Oakley at about 2:45 p.m. Friday, Oct. 22. The victim drove himself to Holy Cross Hospital, where he was listed in good condition. The shooter remains at large.

A 59-year-old man was shot in the leg as he stood outside in the 4400 block of South Lavergne at 8:40 p.m. Thursday, Oct. 21. The victim was transported to Mount Sinai Hospital, where he was listed in fair condition. He told police he did not see the shooter. No one is in custody.

Charge Oak Lawn with criminal trespass to a vehicle

A 29-year-old Oak Lawn man was charged with criminal trespass to a vehicle after he was arrested in the 6300 block of South Whipple at 6:57 a.m. Wednesday, Sept. 29. 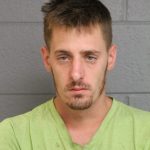 Ryan W. Malone, of the 9800 block of South Mayfield, allegedly was in a vehicle belonging to a 38-year-old woman without her permission, a CPD spokesman said without elaborating. 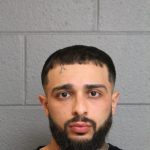 Ahmad Hazim Nasir, of the 16000 block of South Laurel Drive, allegedly hit a 28-year-old woman in the face and put his hands on her throat during an argument that occurred in 6500 block of South California, a CPD spokesman said without elaborating. Nasir also was wanted on a warrant, but the spokesman declined to say what Nasir was wanted for or what jurisdiction issued it.

According to public records, Nasir was arrested by CPD in July 2018 near 63rd and Knox and charged with attempted armed robbery.

A 37-year-old Auburn Gresham man was charged with being an armed habitual criminal after he was arrested on the street in the 6200 block of South Campbell at 10:30 p.m. Friday, Oct. 1. 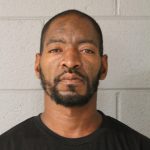 Darnell Henderson, of the 1200 block of West 82nd Street, was reportedly spotted by police on patrol as he drank alcohol on the public way. Police said they saw Henderson attempt to ditch a gun when they spotted him.

According to public records, Henderson has been arrested five times by CPD since 2014 on such charges as criminal trespass to a vehicle, possession of a controlled substance and criminal damage to property.

Bust woman on weapons charge at scene of slaying

A 32-year-old Chicago Lawn woman was charged with aggravated unlawful use of a weapon after she was arrested on the street in the 6200 block of South Rockwell at 12:46 a.m. Friday, Oct. 1. 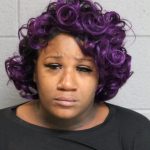 Sharron L. Smith, of the 6000 block of South Rockwell, allegedly was discovered tucking a handgun in her waistband, near the scene where 26-year-old Diamond S. McAfee had been shot in the head two minutes earlier.

She was pronounced dead at the scene 12 minutes later.

When questioned by police, Smith reportedly denied she was the shooter and claimed a man had handed her the gun before fleeing.

A 28-year-old Greater Grand Crossing man was charged with retail theft after he was arrested in the 6400 block of South Western at 9:44 p.m. Saturday, Oct. 2. 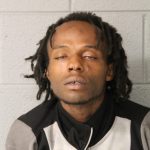 A CPD spokesman declined to name the store or say what was allegedly stolen. A charge of battery was added after Hughes allegedly scratched the nose of a 19-year-old store employee who tried to detain him.

According to public records, Hughes has been arrested 13 times by CPD since 2014 on such charges as criminal trespass to a vehicle, criminal damage to property, domestic battery, retail theft (four times) and failure of a convicted gun offender to report to authorities. 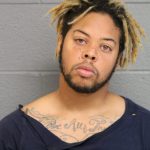 Tyjuan C. Williams, of the 1700 block of West Lake, allegedly damaged the front door of a 28-year-old man’s home, during a domestic argument.