October 29, 2021/Comments Off on Villanueva wants ‘earned reentry’ for convicts 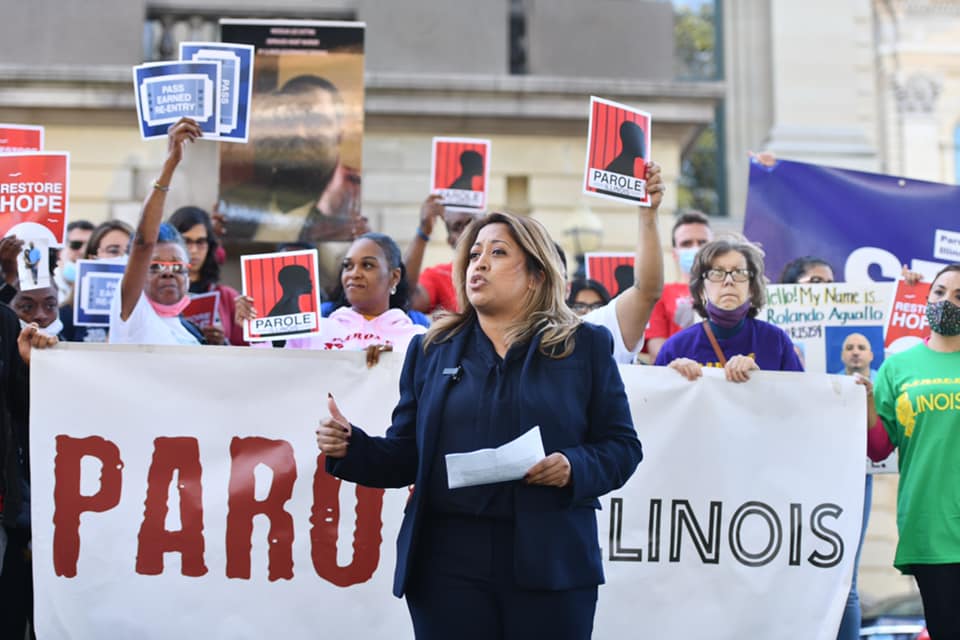 State Senator Celina Villanueva (D-11th) speaks at a rally sponsored by Parole Illinois, a West Side coalition of convicted criminals and prison reform activists pressing to enact what they call an Earned Discretionary Release system in the state. --Supplied photo

Legislation that would change Illinois’ current system of parole was pushed again this month by its sponsor, State Senator Celina Villanueva (D-11th).

Senate Bill 2333 would give convicts who have been imprisoned for 20 years or more the opportunity to be released into society, under a plan called “earned reentry.” It would apply retroactively and cover everyone in penitentiaries across Illinois. 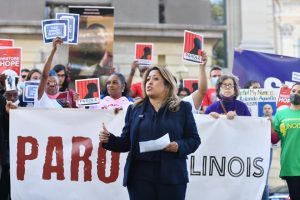 State Senator Celina Villanueva (D-11th) speaks at a rally sponsored by Parole Illinois, a West Side coalition of convicted criminals and prison reform activists pressing to enact what they call an Earned Discretionary Release system in the state. –Supplied photo

“This is about giving people hope in what may seem to be a hopeless situation,” Villanueva said in a social media post. “Our corrections system is meant to rehabilitate people. There are people who spend their time behind bars trying to better themselves, and the systems needs to recognize that.”

Critics say the legislation would essentially end “natural life” and “life without parole” sentences and offer potential release to convicted rapists, murderers and other convicted criminals.

The 11th District includes all or parts of Clearing, Garfield Ridge, West Lawn, Chicago Lawn, Scottsdale, Gage Park and Brighton Park, as well as other city neighborhoods and suburban towns.