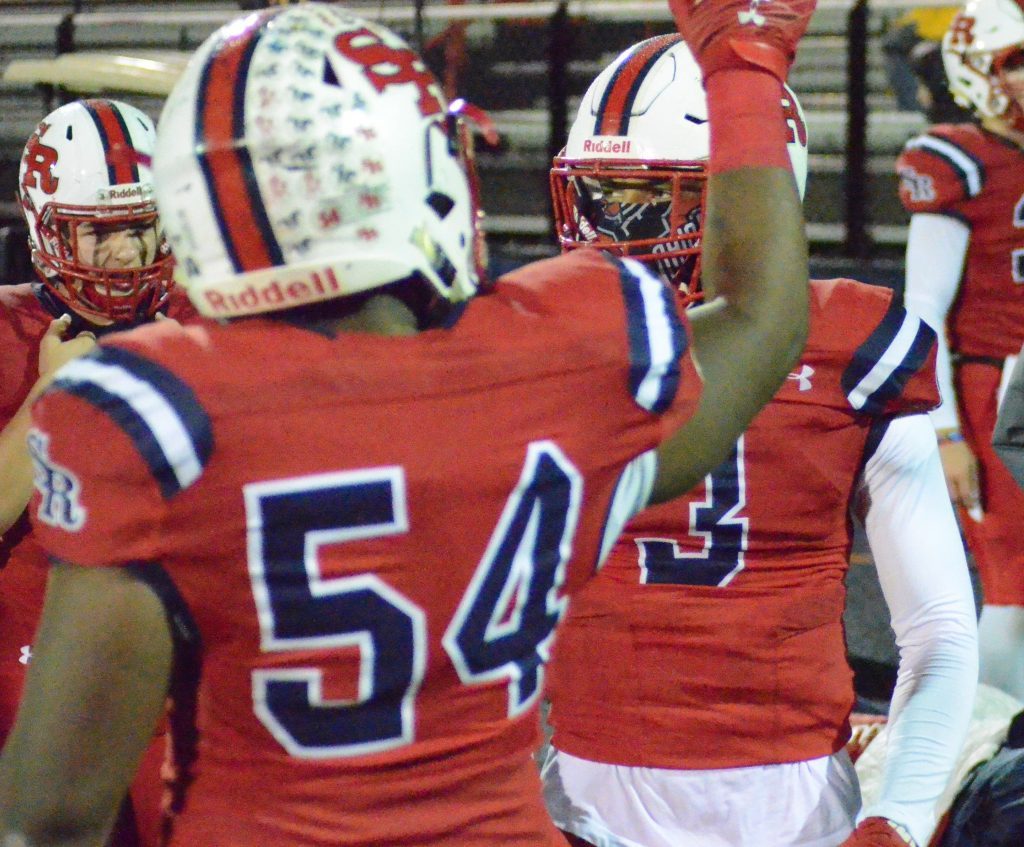 Kaleb Brown, right, and Djabril McNabb talk before St. Rita’s playoff game against Rolling Meadows. Brown was ready to play after missing most of the season with an injury but sat out because of the rain and the Mustangs took a large lead early. Photo by Jeff Vorva

Kaleb Brown was all dressed up and ready to go.

But he will have to wait another week before his return.

The St. Rita senior star running back/wide receiver suited up for the first time since injuring a kneecap early in a loss to Mount Carmel the first game of the season.

As he began to heal, the Ohio State Universit recruit eyed the playoffs for his return.

He was ready, but rainy weather and the fact St. Rita got off to a quick lead in what turned out to be a 42-7 victory over Rolling Meadows in the first round of the IHSA Class 7A playoffs kept him on the sideline. The Mustangs (8-2) visit Geneva (6-4) in the second round.

Mustangs coach Todd Kuska thought it would be smart to let Brown wait one more week.

“He was ready, but with the weather and everything, and we didn’t need to push it,” Kuska said. “The rain the cold … we were all right.”

Sophomores Ethan Middleton (161 yards) and D.J. Stewart (96) were running wild in the rain.

Middleton opened the game with a 78-yard run on the first play from scrimmage for the Mustangs (8-2) to set up the first of three touchdown runs from Tommy Ulatowski.

Rolling Meadows’ first play from scrimmage was also fruitful for St. Rita, as defensive lineman Djabril McNabb gobbled up the first of his two fumble recoveries.

Rolling Meadows, which like St. Rita is known as the Mustangs, finished the season 5-5. Two years ago, Rolling Meadows was a 7A power that made it all the way to the state semifinals before bowing out to Nazareth Academy, 42-14.

This year, it needed an interception in the end zone in the closing seconds of a 26-24 upset over Prospect in the final week of the regular season for the right to face St. Rita in the rain.

Junior quarterback Evan Grace’s breakout season (1,787 yards and 22 touchdowns heading into the game) came to an end as he finished the campaign throwing for 126 yards – 88 coming on a touchdown in the fourth quarter after St. Rita built a 42-0 lead.

It’s been a year of revolving running backs for St. Rita.

After Brown’s injury, senior Kyle Clayton settled in comfortably in the lead spot until suffering an injury in Week 8. Middleton ran for 115 yards in a 35-0 victory over Providence at home and Stewart had 170 in a 35-7 win over Niles Notre Dame.

Both enjoyed big nights in their playoff debuts.

“I had a good game, but I know I can do better,” Middleton said. “I have more potential. I know what I can do.”

Kuska knows he has a bright future in the backfield ahead.

“These guys are formidable,” he said. “It’s running back by committee from here on out. If you turn the ball over, you’re out and the next guy is in. And the competition makes everybody better.

“We have a healthy stable of guys who want to run the ball and we’re blocking up front and kept it on the ground on a miserable night.” 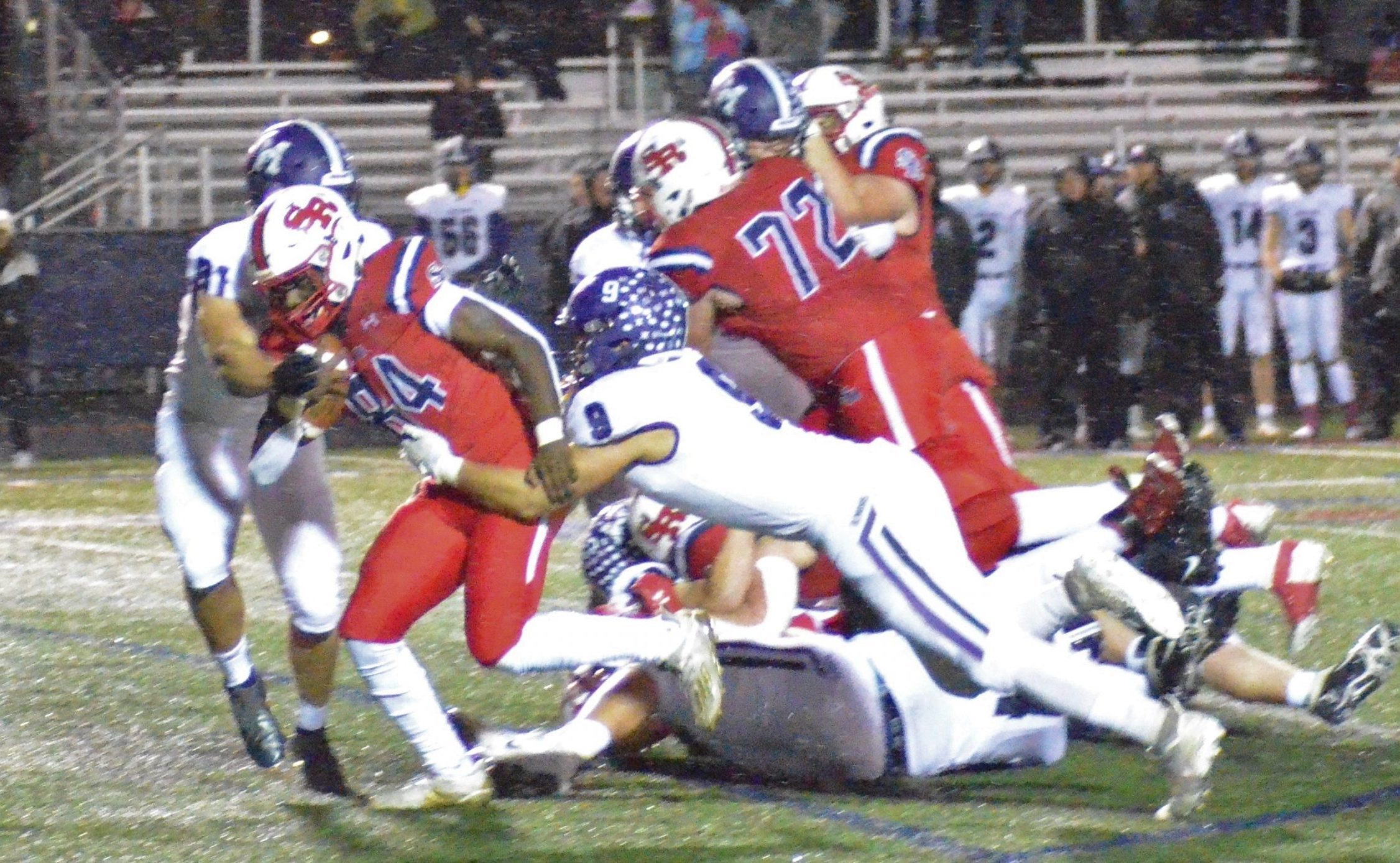 St. Rita defeated Rolling Meadows in the first round of the Class 7A playoffs. Photo by Jeff Vorva