November 2, 2021/Comments Off on Eagles have hard time running with the Devils, but eye a bright future 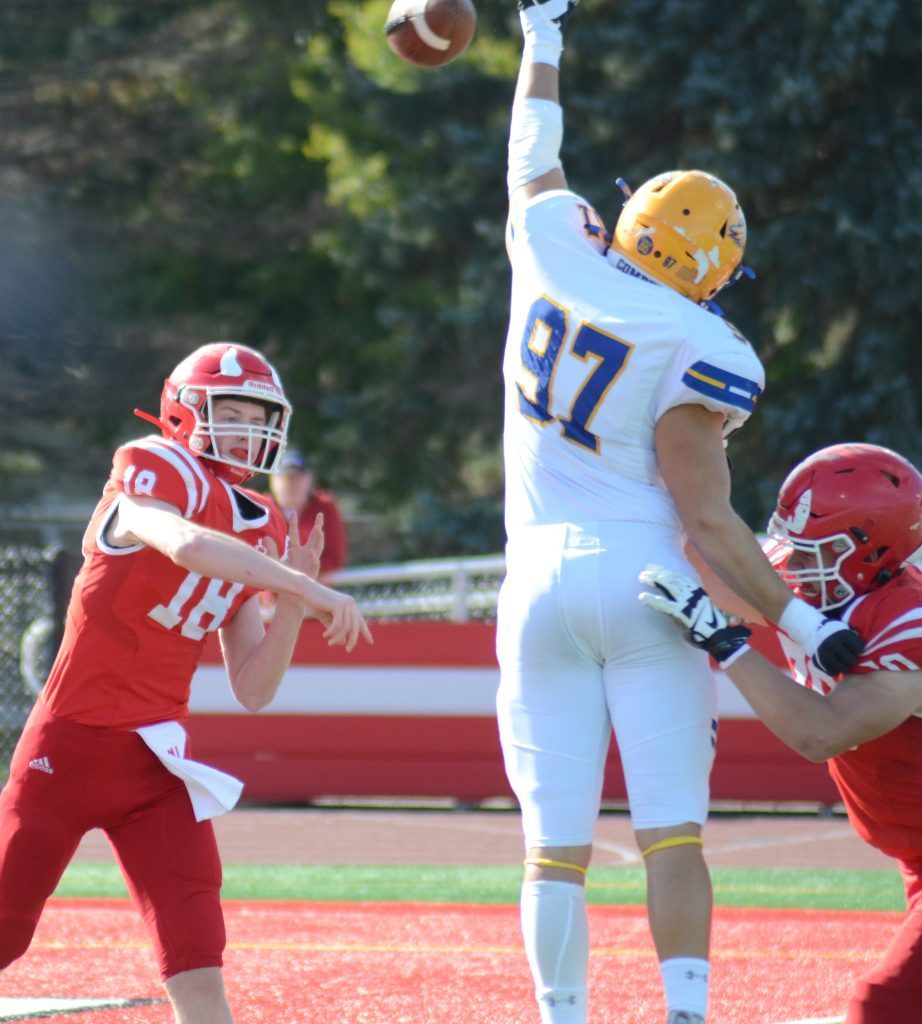 Sandburg senior Nate Gibbons gets ready to swat away a Billy Cernugel pass Saturday in Hinsdale Central’s 41-15 victory over the Eagles. Photo by Jeff Vorva

Eagles have hard time running with the Devils, but eye a bright future

It was hard for a strong contingency of Sandburg football fans who were at Hinsdale Central on Saturday afternoon to feel good.

After a weird 0-0 first quarter in the first-round game of the IHSA Class 8A playoffs, in which the host Red Devils were called for false-start penalties on three consecutive plays during one drive, Hinsdale scored 27 straight points and went on to win 41-15.

Sandburg finished the season at 5-5, but late-season wins over Lincoln-Way East and Homewood-Flossmoor helped get the team to the playoffs on roll as the Eagles went from 1-4 to 5-4. They qualified for the postseason for the first time since 2015 in Troy McAllister’s first year as head coach.

So, while it was tough for fans to watch Hinsdale (10-1) dominate the game, the season as a whole was a success, given that 1-4 start.

“The best way to describe this season is that we fought a lot of adversity with everybody doubting us,” junior quarterback Christian Evans said. “We started off 1-4 and were able to come back and make the playoffs. I feel like that was huge.”

Evans threw for 254 yards in the game and found Walter Davis seven times for 178 yards and two touchdowns against the Red Devils.

Both are slated to be back next season, as are offensive linemen Zach Barrett, Eric Mitchell, Ryan Johnson and Jayson Walls.

McAllister enjoyed watching the offense put points on the board in the final 10 minutes of the game, even if the game was pretty much decided.

“Obviously, Hinsdale was really prepared for us, and they gave us some trouble offensively,” McAllister said. “We scored off their starters – it’s not like they were making mass substitutions. To see their response and to see them get after it and having that mentality to keep pushing forward was what we like to see.

“We didn’t have as great of a game as we liked, but we didn’t back down.”

Davis, who broke a tackle during a 50-yard reception from Evans to put the Eagles on the board, also caught 6 passes for 194 yards in the shocker over Lincoln-Way East and vows that he and Evans will put in the extra time during the offseason to get stronger.

He wants to forget about the Hinsdale loss and move on.

“It is what it is – stuff happens,” Davis said. “You just have to fight though it. We have a lot of guys coming back. It’s good, it’s good.”

Hinsdale quarterback Billy Cerngel threw for 183 yards and added 54 yards on a fourth-quarter touchdown run. Sean Allison had a fumble recovery and interception. The defense held Sandburg to minus-48 yards on the ground thanks to 11 sacks or tackles for losses. 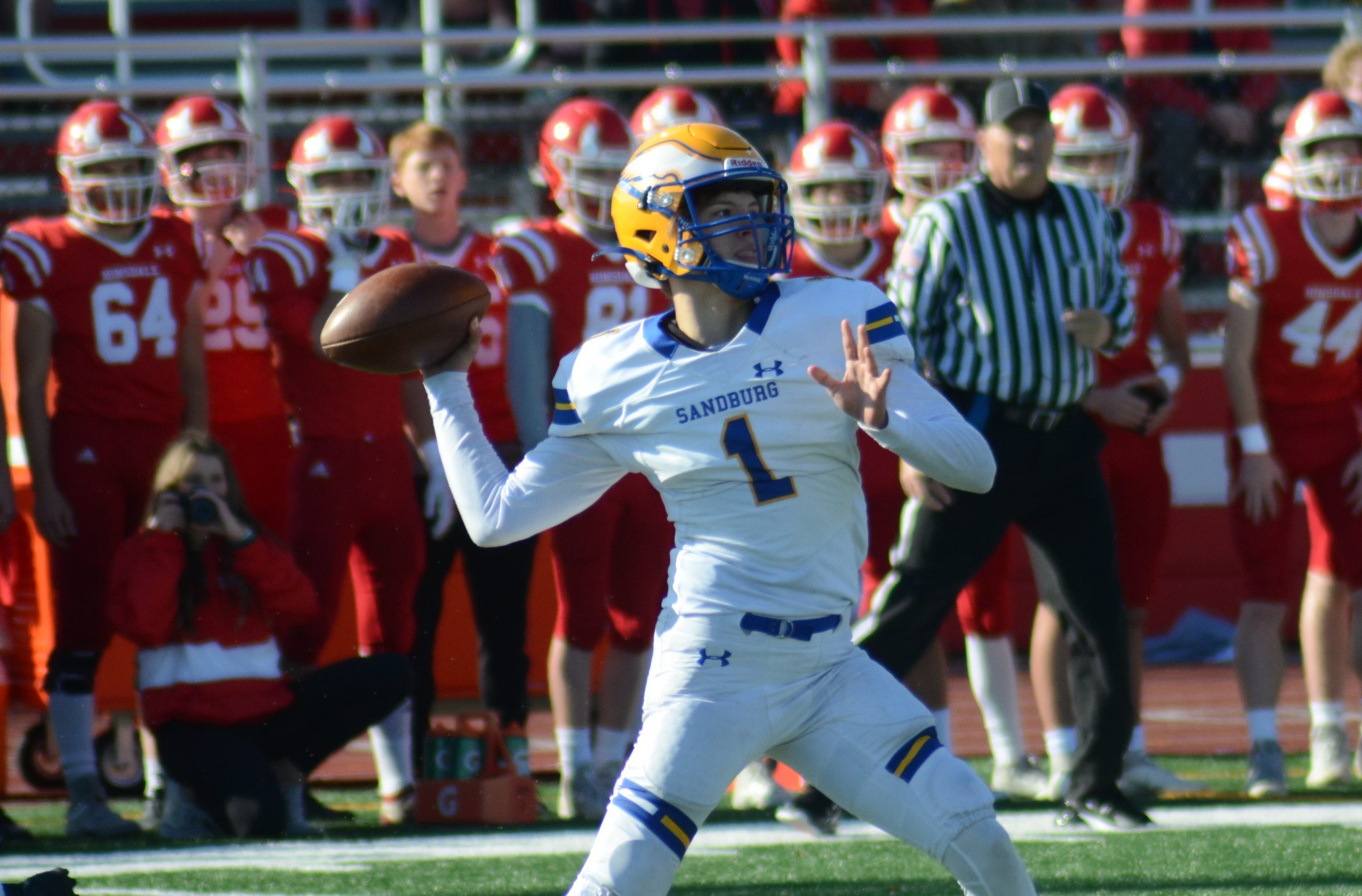 Sandburg junior quarterback Christian Evans threw for 254 yards and a pair of touchdowns in a 41-15 playoff loss to Hinsdale Central. Photo by Jeff Vorva