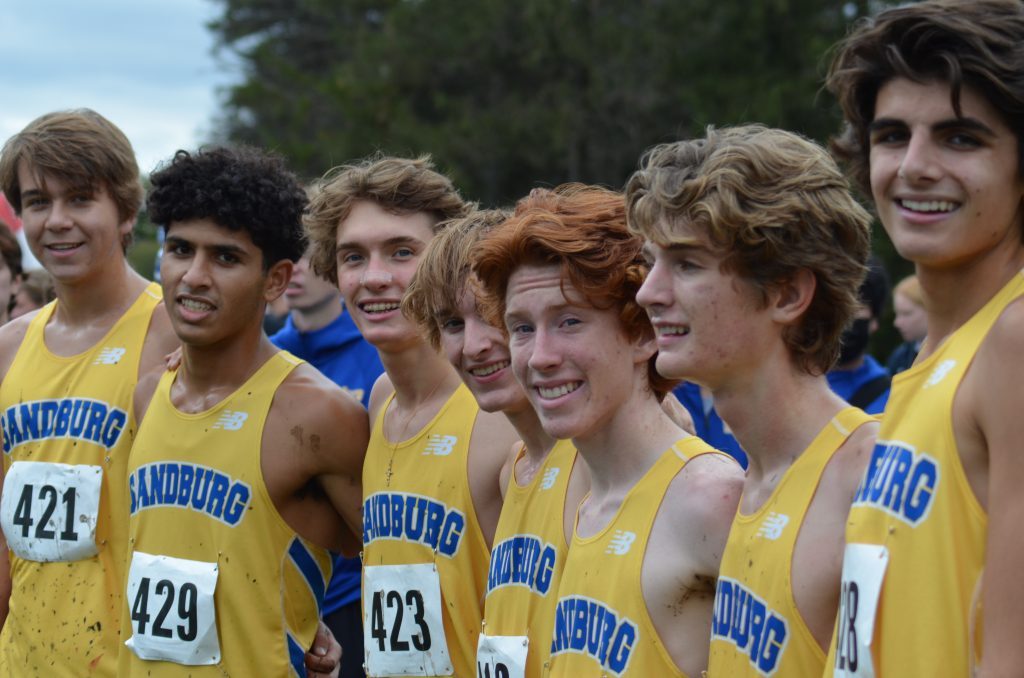 Sandburg’s boys cross country team, ranked No. 1 in the state in Class 3A by two ranking services, poses after winning the Hinsdale Central Sectional Saturday. Photo by Jeff Vorva

A weeklong rain turned many Chicago-area courses to mush, but the Eagles and Phillips soldiered through and are heading with some momentum to this Saturday’s state cross country meet at Detweiller Park in Peoria.

Sandburg, which finished the season as the No. 1 team in the state in two ranking systems, ran a race that senior Brock Rice said was not very good, yet still came out ahead at the Class 3A Hinsdale Central Sectional at Legge Park in Hinsdale.

“I wanted to win this race, but I cramped up with a half-mile or so to go,” Tunney said. “But I’m so proud of these boys and I hope we can keep it rolling in the state meet.”

The Eagles won their only title in 2015 and are looking to add a trophy this weekend. 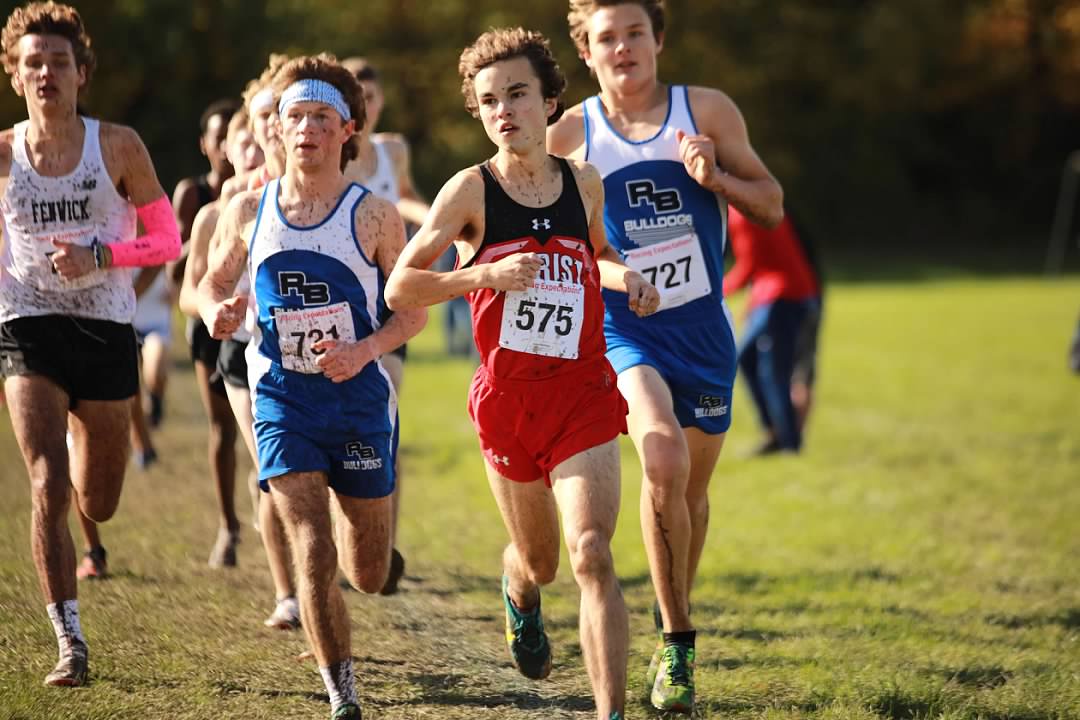 Marist’s Jake Phillips, No 575, was the only runner in the area to win a sectional title this season. Photo from Marist High School.

Phillips, a senior, led the pack at the Class 2A Fenton Sectional with a time of 16:18.8. While the RedHawks didn’t make it as a team to state, he will have company as teammate Andrew Kerlin also qualified as an individual with a 13th-place finish.

Phillips is the lone area runner to win a sectional this season.

Riverside-Brookfield will head to state as the Bulldogs finished third with sophomore Cooper Marrs leading the way with a second-place finish while senior Paul Proteau claimed third.

In Class 1A, Chicago Christian’s Noah Luke qualified with a 27th-place finish at the Lisle Sectional.

Girls Results
Nazareth Academy qualified for state with a second-place finish at the Fenton Sectional. Junior Collette Kinsella finished fourth to lead the way for the Roadrunners.

In Class 1A, Chicago Christian finished sixth at the Lisle Sectional and qualified as a team to state. Junior Anna Enderle finished fifth to lead the Knights.

In Class 3A, Lyons’ Catherine Sommerfield and Sandburg’s Ava Giblin qualified out of the Hinsdale Central Regional. 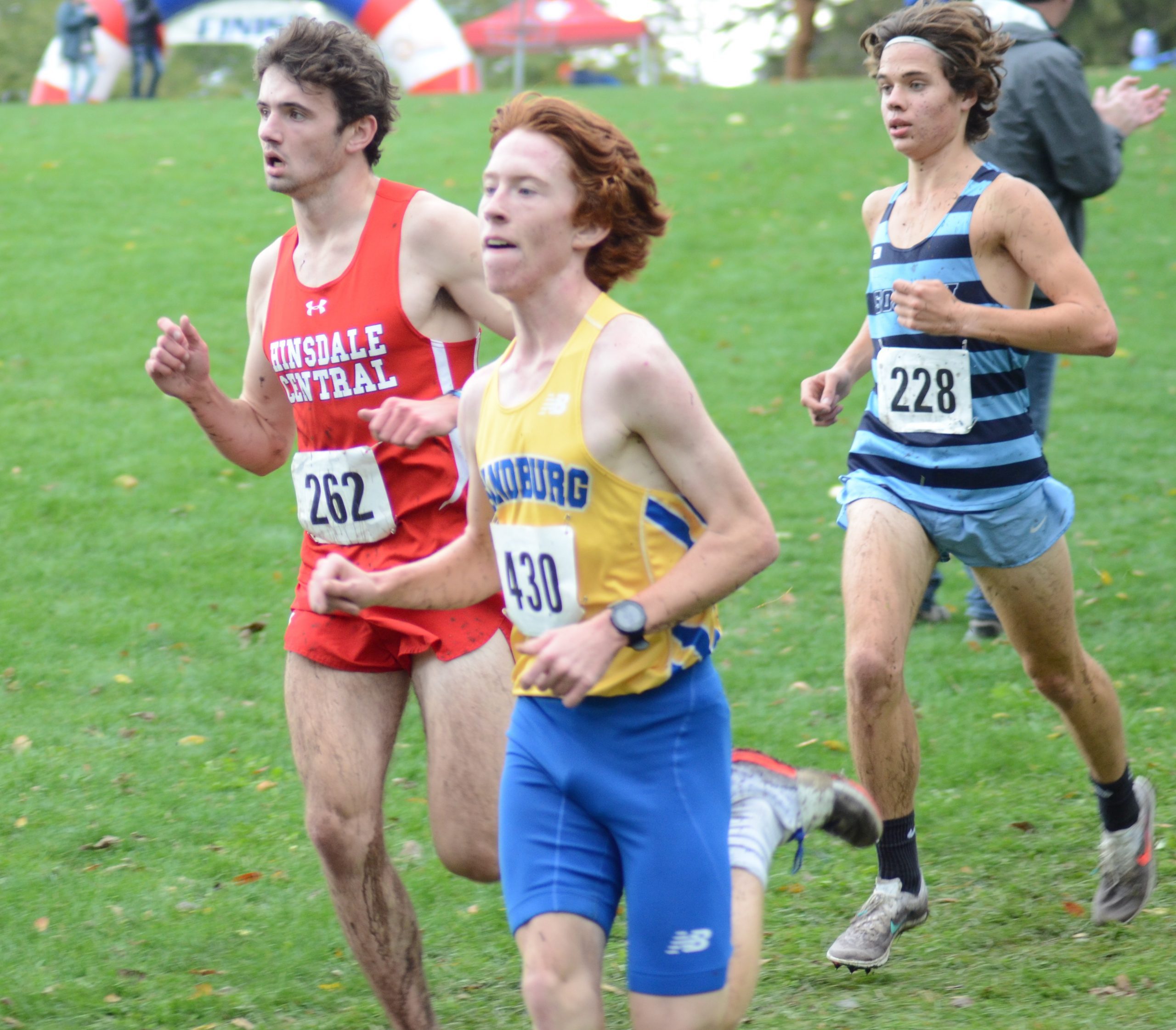