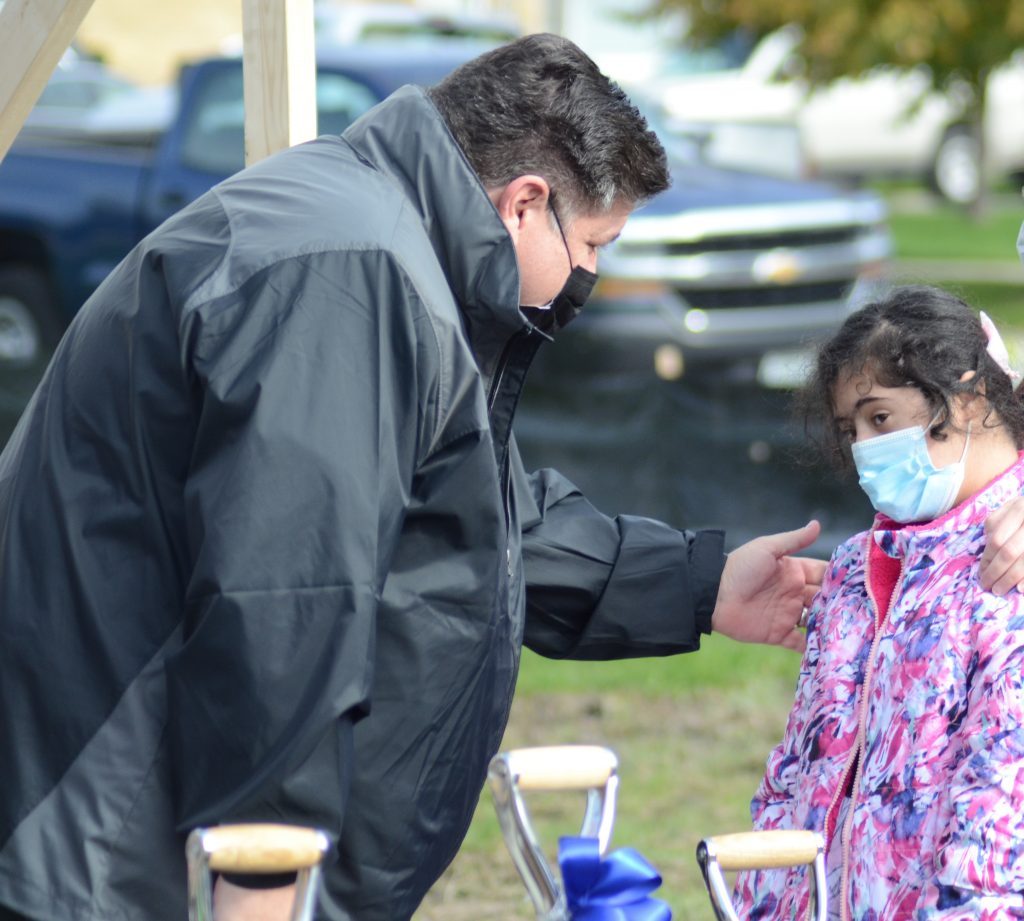 The groundbreaking for the Aero special education cooperative’s Therapeutic Center building on the site of the former Queen of Peace campus in Burbank was an event that celebrated the State of Illinois’ willingness to kick in $25 million for the project.

Because Gov. J.B. Pritzker made an appearance, a group of noisy protesters were shouting and chanting “Fire Pritzker.” It never disrupted the proceedings, but provided a strange mixture of benevolence and joy on the west side of the makeshift area for the event and hostility on the east side.

To the protesters’ credit, they did quiet themselves down when special education student Eddie Rice read a speech. But for most of the 30-minute program, all bets were off and they let loose.

Meanwhile, those on the dais turned a deaf ear to the noise and proceeded.

Pritzker said this will be an important building.

“One of our greatest promises to our children is the right to a quality education,” he said. “It’s also not a promise that’s one-size-fits-all. For almost 60 years, AERO has provided students with the individual resources and the support that they need to make the most of their education according to their abilities. That includes specialized therapy in speech and movement.

“Equitable special education requires safe and accessible spaces where students with disabilities can move and play and learn with ease.”

The governor said that this 150,000-square-foot, two-story building with elevators, courtyards and wheelchair accessibility, will be one of the largest special education facilities in the state. 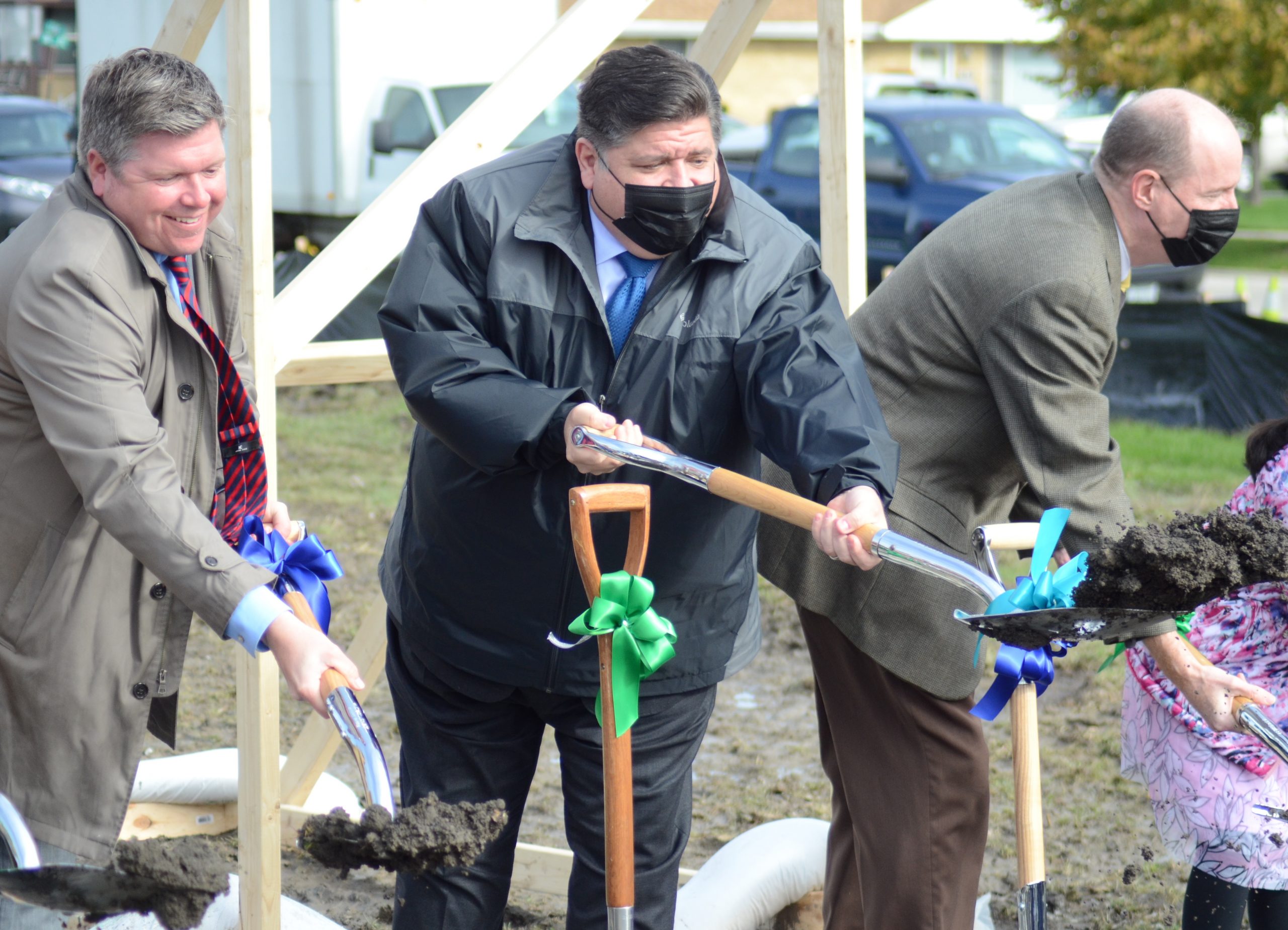 AERO purchased the shuttered Queen of Peace building and the 13-acre property at 77th Street and Linder Avenue in 2018 for $3.2 million, after deciding that the existing building was not going to work out for the needs of roughly 400 students, it hatched a plan for a new building.

Once complete, the new campus will have room for all 400 special needs students under one roof with room for another 200.

Eleven school districts ponied up $25 million and the governor put ink to paper to approve $25 million more via his $45 billion capital bill.

“This is a big region that will benefit from this project,” he said. “Several of us visited the existing AERO building a few years back. I helped organize a tour with the superintendents of the various districts and I think I can speak for all of the senators and representatives that were there.

“We saw a very hard-working and dedicated staff and we were inspired by the work we saw them doing. We were amazed. But we also saw something that wasn’t so great – a substandard facility. It was very clear to us that the facility they worked in was just not designed to provide the kind of services the students need.”

He said he was proud the legislators were able to match the financial commitment to the project.

Others who had a big hand in getting the project rolling were state senators Jacqueline Y. Collins, John F. Curran, Steven M. Landek, Antonio Munoz and Celina Villanueva. 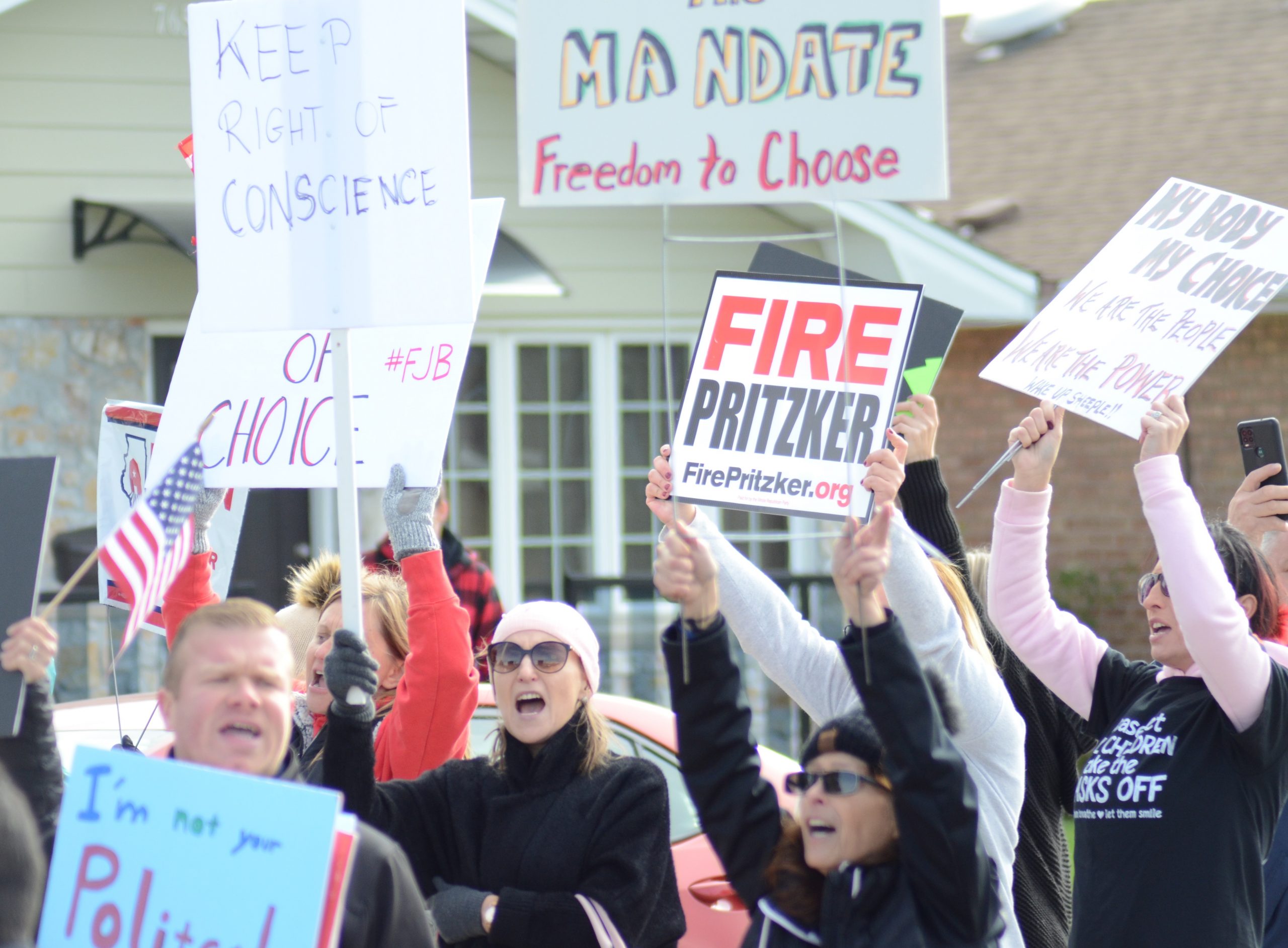 A small crowd of protesters shouted at Gov. Pritzker during his appearance at the groundbreaking for the new AERO campus in Burbank.