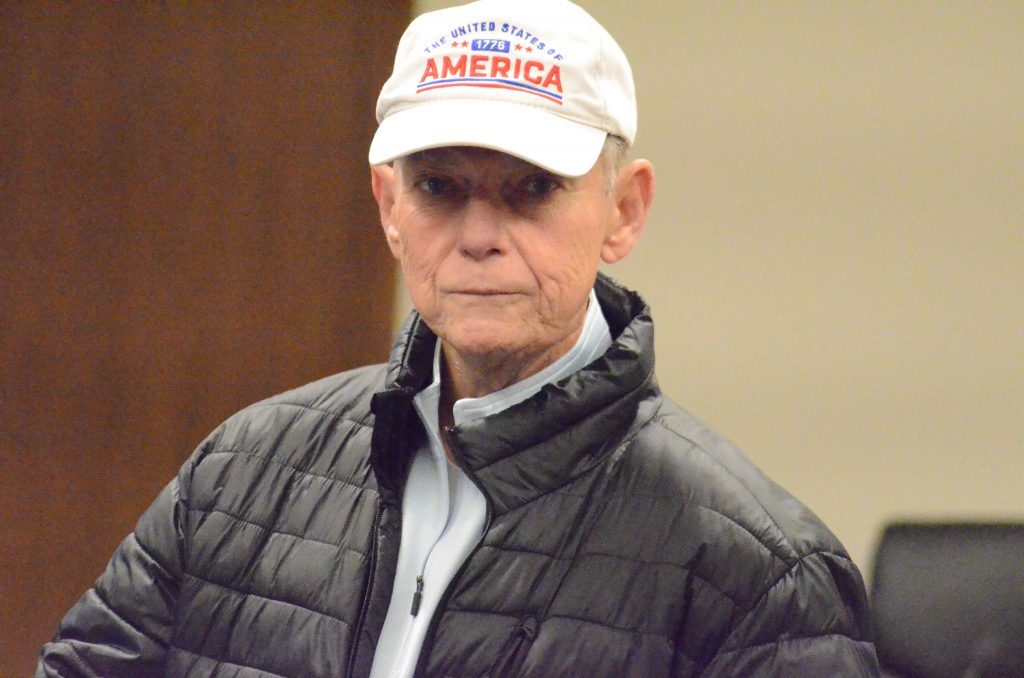 Palos Heights Ald. Jerry McGovern has drawn up an ordinance for the rest of the city council to peruse regarding video gaming in the city. (Photo by Jeff Vorva)

McGovern not giving up on video gaming in Palos Heights

Alderman Jerry McGovern is not giving up.

He told Mayor Bob Straz and the other aldermen to read it over in the coming days and make suggestions, but he wasn’t entertaining a discussion on it.

Since 2010, video gaming has been a controversial issue in town and the council has voted it down and the citizens shot it down at a referendum.

But since the pandemic, restaurant and bar owners suffered big losses and in December, McGovern re-visited the issue.

Now he is getting the ball rolling with the ordinance.

He cited a recent visit to a council meeting by a restaurant owner and the fact that neighboring Palos Park is giving serious thought to bringing the gambling machines to its village has giving this a little more urgency.

“This is only a rough draft,” McGovern said after the meeting. “First off, it has to go through the city attorney and then it’s got to turn around and go through the mayor.

“Now, if Palos Park passes it, we’re going to be an island.”

McGovern said he used the Freedom of Information Act to gather information from 10 surrounding suburbs so he could craft a current ordinance if it makes through the preliminary channels.

“If it ever comes to a point where it comes to a council vote, it can get enacted that night,” he said. “We’re a long way away. But this is something I think it’s something that has been necessary here.”

Although there was no discussion during the meeting, Alderman Jeffrey Key (1st Ward) had a few questions.

“When this has come up over the years, it’s been said that we have an ordinance in town that says we can’t expand any gaming unless there is a referendum.

“Also, we voted on this a couple of years ago. I don’t know if there is a time gap that needs to happen. Are we going to keep on voting on this every three years? If we could straighten up those legal matters before it goes to committee before it comes here and we debate it and argue it…does it need to go to a referendum?”