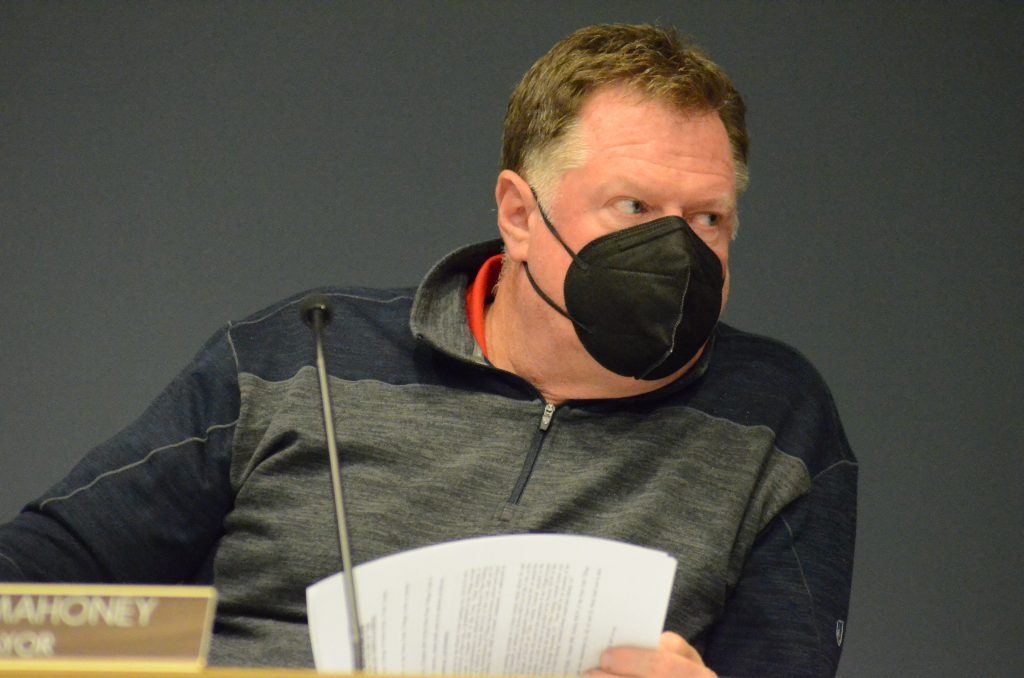 Palos Park Mayor John Mahoney announced the village has 4,899 residents, according to the 2020 census. (Photo by Jeff Vorva)

Palos Park had a small uptick in population growth in the past decade.

But it still broke a record.

Mayor John Mahoney announced at the Oct. 25 village council meeting that it reached a record population of 4,899, according to the 2020 census. He said that it was 52 more than the 2010 census.

In that decade, the village annexed land that housed golf courses including Cog Hill and forest preserve property.

“I thought it would be more,” Mahoney said about the 2020 figures. “But what we annexed certainly didn’t include a lot of people.”

According to the census, Palos Park was ranked 340th in the state for most population.

Commissioner James Pavlatos died Aug. 31 after a battle with cancer.

Since his death, two of the next four meetings were cancelled, one for a lack of quorum.

A replacement could be coming soon, but Mahoney said he wants the council to select the right person.

“I would say that we’re still in the process,” Mahoney said. “Some people have inquired and we’re reaching out. It’s a process and we’re not rushing it. We know it should be done soon, but I’m not sure we will have it done before the next meeting [Nov. 8]. Probably in a couple of meetings.”

Pavlatos was head of the Accounts and Finance Committee.