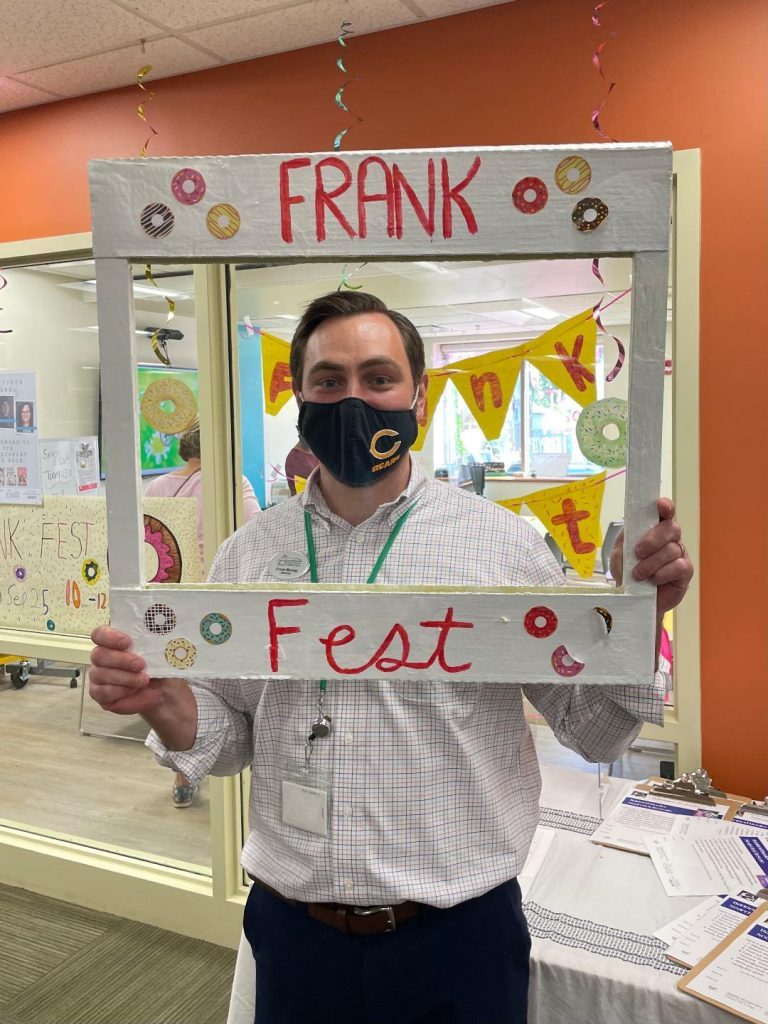 “Welcome back to restored library services and In-Library programming. Welcome back to all of our terrific patrons. And, welcome Frank Murray, our new library director.”

The event that was free and open to the general public was originally planned to be simply called, ‘Meet the Director’; however, the amazing staff at the library had some fun and creative ideas, according Frank Murray, Evergreen Park Public Library’s Director.

“We’re thrilled to welcome the community back into the library after a crazy year of rigid restrictions,” Jenna Harte-Wisniewski, Head of Adult Services at the Evergreen Park Public Library, said.

Instead of a meet and greet, they developed the idea of a fest, and not just any fest, but Frank Fest.

To make it even more unique, staff members gave it a doughnut theme with Doughs Guys donut truck on-site on all Saturday morning and afternoon serving up delicious doughnuts outdoors. This way, patrons were able to eat while mingling with the new director. 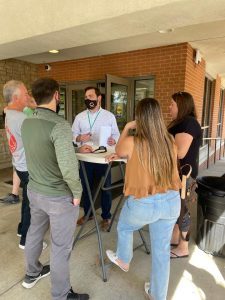 Both inside and outside the library, staff members and volunteers organized plenty of fun interactive activities for local area children to enjoy, including a petting zoo, mini golf and sticking with the doughnut theme, an Arnie the Doughnut escape room based on the book by Laurie Keller, where players were able to solve puzzles to save Arnie from being eaten.

“Besides the donuts, I am most looking forward to a great event and meeting new community members, as well as seeing some familiar faces,” Murray said. “Given the current health situation, I am excited we can safely host this event and look forward to hosting more events with the focus of bringing the community together.”

Murray, also an Evergreen Park resident, began his role at the library officially on July 1, taking over for former library director, Nicki Seidel, upon her retirement. He received his bachelor of arts degree in History from Eastern Illinois University, along with a concentration in Social Sciences and a teacher certification. Later, he went on to receive his Master of Library Sciences degree from Dominican University.

Ironically, his library career began behind the circulation desk at the Evergreen Park Public Library. After years of working at several other libraries, he returned home to his roots; now, with a new title, as director.

“I enjoy being back in Evergreen Park and serving my home community,” Murray said. “It is such an honor and a privilege. The community has been so welcoming and the staff have been very supportive and are incredibly creative. I am excited to begin building upon all the great things the library has been able to do thus far.”

“Frank is honest, approachable and attentive,” Katie Frend, of Evergreen Park, and Evergreen Park Public Library Trustee, said. “He is the perfect director.”

Library staff members were also excited about welcoming in Murray and hosting Frank Fest, as well, including Laura Meyer, Head of Youth Services at the Evergreen Park Public Library.

“We, at the library, were really looking forward to hosting a day of family fun, which included an escape room, doughnuts, an outdoor petting zoo and, of course, Frank,” Meyer said. “It just wouldn’t be a Frank Fest without Frank. I’m happy that everyone to come out and meet our new director and enjoyed a fun day at the library.” 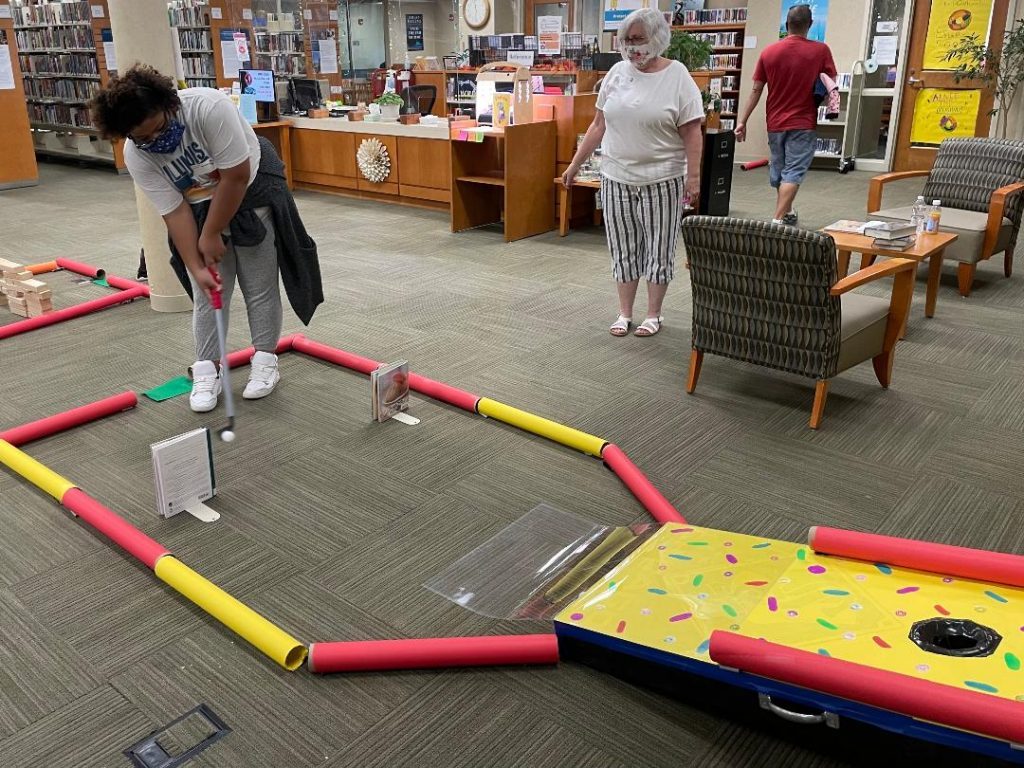