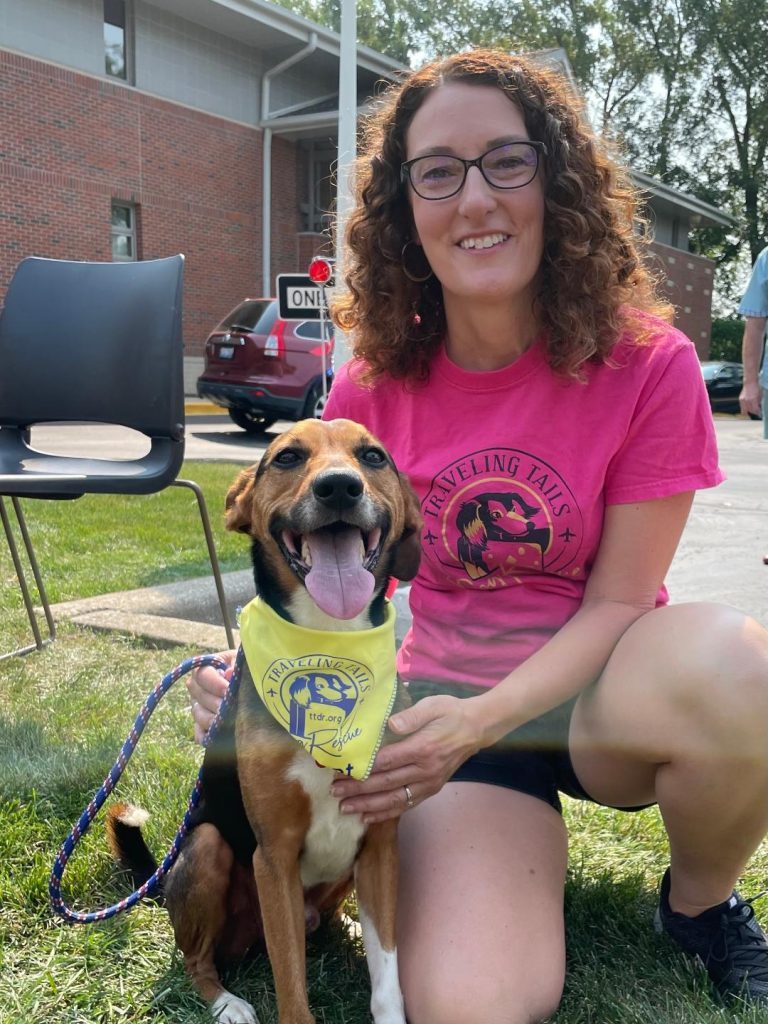 Having a piece of her heart devoted to rescue breeds, Karen Skocik always hoped to hold a dog adoption event at the Palos Heights Public Library.

“Through the years, my husband and I have adopted four rescues,” Skocik, Head of Circulation at the Palos Heights Public Library, said. “Right now, we have two. It’s very gratifying to see them transition from being timid and frightened to becoming a member of the family.”

“Being involved in dog rescue has truly become my passion,” Fischer said. “There are so many incredible stories. I have met so many doggie angels as I call them as well. There are some amazing people in this world who truly have a big heart for dogs. From the fosters, vets, rescuers, transporters to volunteers, all of them share the same passion. There is nothing more rewarding than seeing a dog who literally has little or no chance of survival find a loving forever home and a happy end. Additionally, in a world with so much negativity and so much turmoil, doing something positive, helping others in need and making a difference feels really good.” 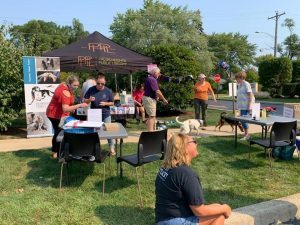 Traveling Tails Dog Rescue is non-profit volunteer-based dog rescue addressed in Palos Heights that is dedicated to being an active voice for abandoned, abused and neglected dogs. Fischer and her volunteers rescue dogs from everywhere, including: overseas countries such as Qatar, Jordan and Turkey and in the domestic United States.

The overseas rescue dogs are rescued in primarily three ways: the mother gets killed, shot, poisoned, abused and eventually killed and the puppies are saved, or a dog is found as a stray in danger close to roads or rescued from abuse, or dogs are dumped by expats at vets and boarding facilities and don’t return to get them, Fischer explained.

The United States rescue dogs are either surrendered to the rescue directly from owners who need to re-home due to various circumstances or they are pulled from local area shelters, often facing euthanasia.

“What’s most amazing to me is how forgiving dogs are,” Fischer said. “I have seen dogs that were absolutely brutally treated, still trust and love without hesitation. They are the sweetest dogs ever. I have seen what time, patience and love from humans can do to turn a dog‘s life around. It’s beautiful and inspiring. It means the world to see a dog happy and living its best life in a true loving home. It’s very rewarding after knowing where they came from.”

The dog adoption event on Saturday was a part of the Palos Heights Public Library’s on-going Kindness Corner, a service that began in 2021 to focus on promoting kindness within the community.

“I had always hoped to have a dog adoption event at the library,” Skocik said. “After reading about Jennifer’s passion for helping dogs make their way to the United States from overseas, it made me want to pursue hosting a rescue even more.”

Representatives from Palos Animal Hospital were also at the Palos Heights adoption event to answer any questions and to provide a hospital gift certificate to anyone who successfully adopted a dog to cover its first physical exam.

Throughout the month of September, donations of new and gently used dog supplies were collected at the library including: leashes, collars, Purina Pro Dog Food, Natural Balance Dog Food, dog snacks, puppy pads, blankets and pet stain removers. Braided pull toys made by the library’s Youth and Teen Services at the library were sold at the Circulation Desk with all proceeds doing directly to benefit Traveling Tails Dog Rescue. 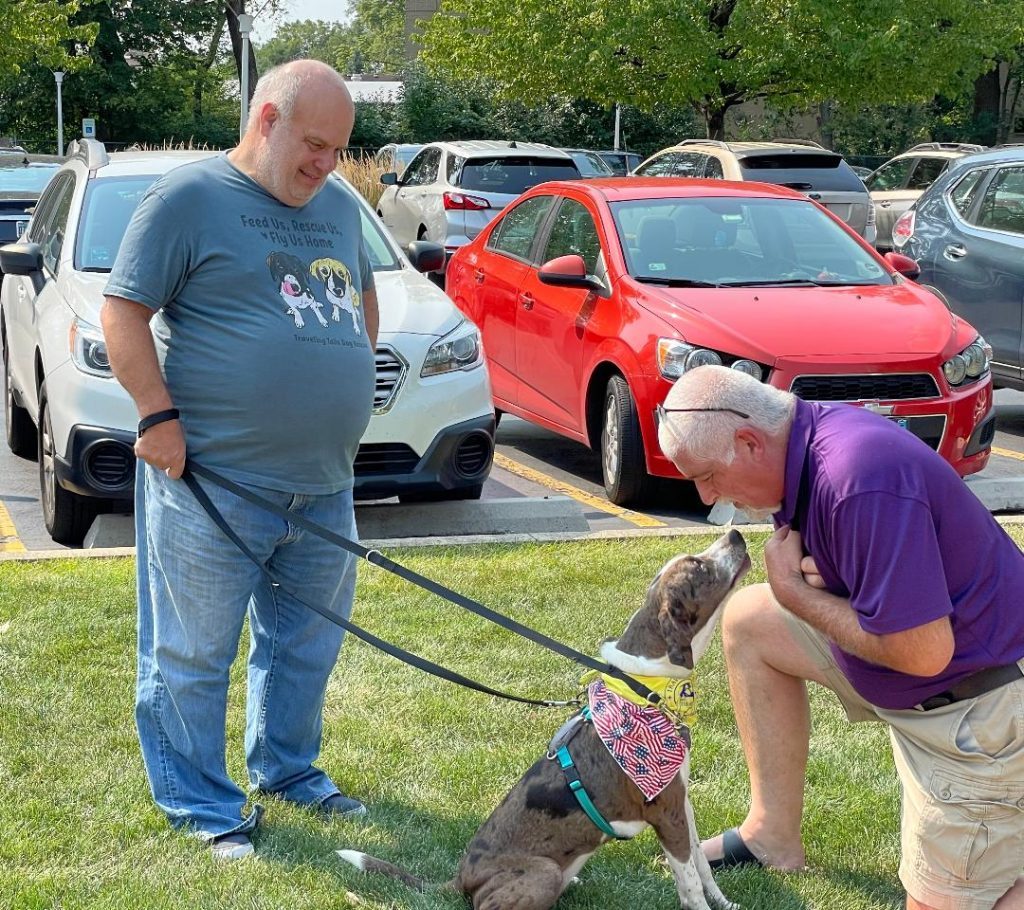 By GRACE KINNICUTT Capitol News Illinois gk[email protected] SPRINGFIELD – Illinois House Republican Floor Leader Mark Batinick, a self-described “policy guy,” came to Springfield with the goal of pushing good policy. A father of five who resides in Plainfield with his wife, Batinick said after eight years in the General Assembly, it was either time to…

By GRACE KINNICUTT Capitol News Illinois [email protected]illinois.com SPRINGFIELD – House Majority Leader Greg Harris, the number two Democrat in the Illinois House of Representatives, never imagined landing the role of state representative – or that he would leave office feeling that he has been successful at it. The first openly LGTBQ leader in Illinois History,…