Skip to content
November 7, 2021/Comments Off on Worth Park District’s welcomes fall with a festival 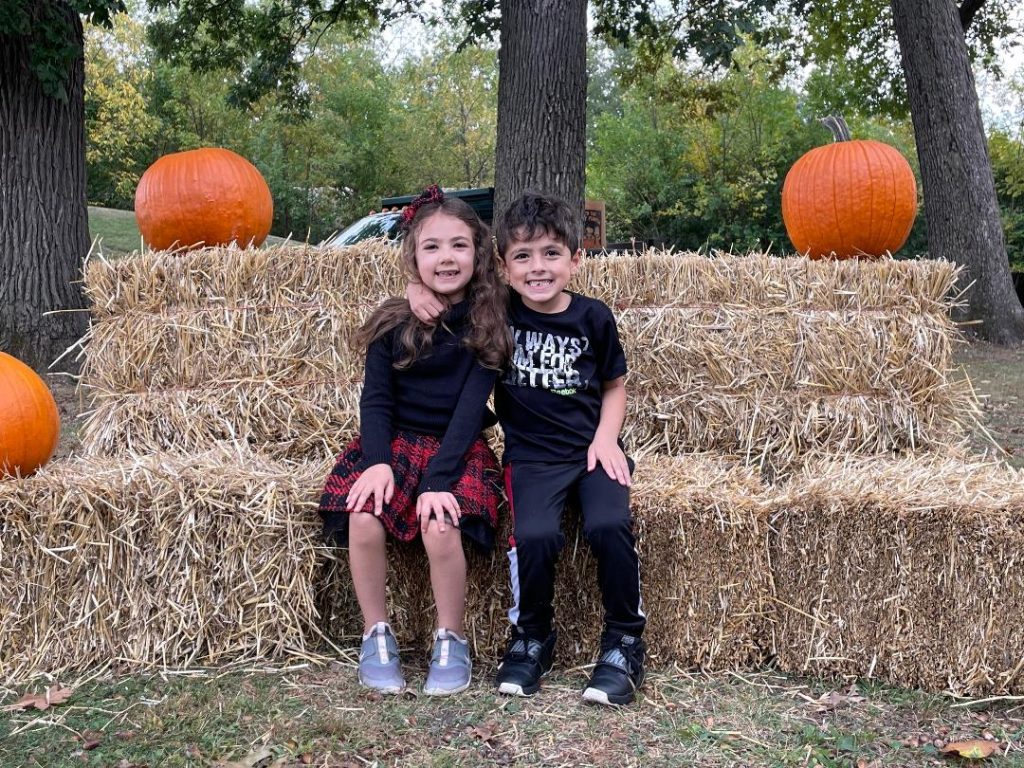 Maya Abuirshaid, 6, of Worth, and her brother, Sanad, 5, had fun together on October 3 at the Worth Park District's Fall Fest at Gale Moore Park, 109th and Nordica, Worth. (Photos by Kelly White)

Worth Park District’s welcomes fall with a festival

Happy to welcome and celebrate the beginning of the fall season was the Village of Worth.

The Worth Park District hosted its annual Fall Fest on October 3 at Gale Moore Park, 109th and Nordica, Worth.

“The Fall Fest is exactly what the name says, a celebration of the fall season,” Robert O’Shaughnessy, Director of Parks and Recreation at the Worth Park District, said. “It gives families and individuals an opportunity to enjoy a pleasant setting with a variety of activities, if only for a short time.” 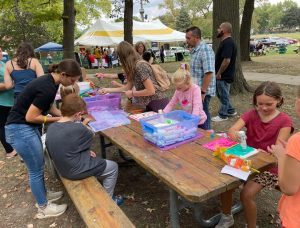 The Worth Park District hosted its annual Fall Fest on October 3 at Gale Moore Park, 109th and Nordica, Worth.

The free event has been taking place for 14 years through the park district. The day of fall festivities continues to offer not only fun and relaxation, but it also a sense of normalcy for the community, according to park district officials.

“The event is as meaningful as was experienced at the National Night Out in August, because the community wants to enjoy life again and bring back the normalcy that has been dormant for so long,” O’Shaughnessy said. “The community deserves to be together again, and hopefully the Fall Fest will help in moving in this direction.”

The Fall Fest offered fall-themed fun for the entire family with something for everyone to enjoy with a peaceful hayride in the park, face painting, a mini pumpkin launcher, pony rides, Penny in the Haystack and a scarecrow stilt-walker.

Generally targeted towards local area children in the past, park district officials decided to include more for the adults this year.

There was also live music and a bean bags tournament for adults who chose not to watch the game.

The beer and wine tent was also a new addition this year. Pete’s Liquor in Worth supplied all the liquor for the event, including a variety of beer, wine and liquors.

For other delicious treats for the youngsters in attendance, a doughnut truck was on-site offering fresh desserts and refreshments, along with a taco truck, barbecue truck, Beggar’s Pizza and candy concessions.

“We are having a lot of firsts this year which is super exciting,” Stephanie Analitis, Superintendent of Recreation at the Worth Park District, said. “We budgeted to be able to have Fall Fest be bigger this year. We also had a few sponsors that helped make this event possible.”

Bringing back a favorite again this year, children were able to pick out their own pumpkin to bring home from a small decorative pumpkin patch provided by Saunoris’ Garden Center in Chicago Ridge.

“What I like personally is seeing all the people and the families that come and just enjoy all the activities we have or just being together,” Analitis said. “It’s great to see a lot of the community in one place and having a good time.”

And that is what the community did, with more than 200 people in attendance throughout the day, including Ginger Wilson and her granddaughter, Skyler.

“We love this event,” Wilson, of Worth, said. “It’s right in the community and it’s fun for everyone in the family.” 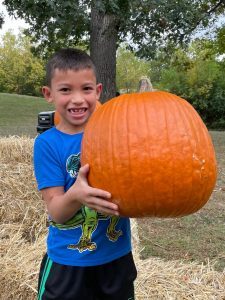 Anthony Morales, 7, of Worth, shows off his pumpkin pick at the Worth Park District’s Fall Fest at Gale Moore Park, 109th and Nordica, Worth.