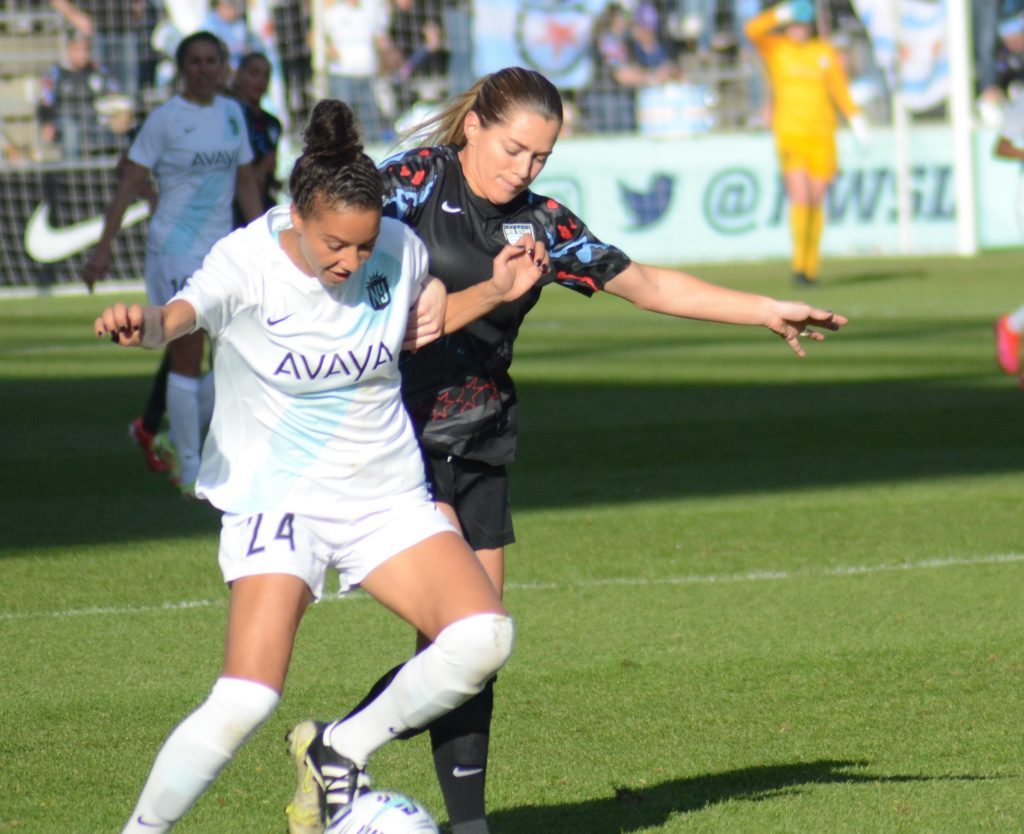 Mallory Pugh and the Chicago Red Stars gave their fans a going-away gift.

Playing in Chicago’s final home game of 2021, Pugh scored in the 61st minute and the defense made it stick as the Red Stars beat Gotham, 1-0, in the opening round of the NWSL playoffs Nov. 7 in front of an announced crowd of 7,027 at SeatGeek Stadium in Bridgeview.

The Red Stars opened the season with a humiliating 5-0 loss to Portland but got a measure of revenge with a 2-1 victory over the Thorns on Sept. 25 in Bridgeview.

“Portland is a tough place to play but I’m excited about it,” Red Stars defender Sarah Gorden said. “It will be an incredible challenge but after a year of adversity, it’s perfect next challenge for us.”

Goalie Cassie Miller racked up her third shutout in the last four games for the Red Stars.

“I’m so happy this game was at home,” Miller said. “This was my first NWSL playoff game and it was fun and exciting.

With an illness to defender Casey Krueger, Orland Park native and rookie Tatumn Milazzo was called into duty and got the start and she started and played the whole game Sunday.

She took one shot and had 49 touches.

“Tatumn was great,” Gorden said. “All week, it was great seeing her taking all the information in and she stepped up. She is going to be a great veteran player. She is aggressive and dynamic.” 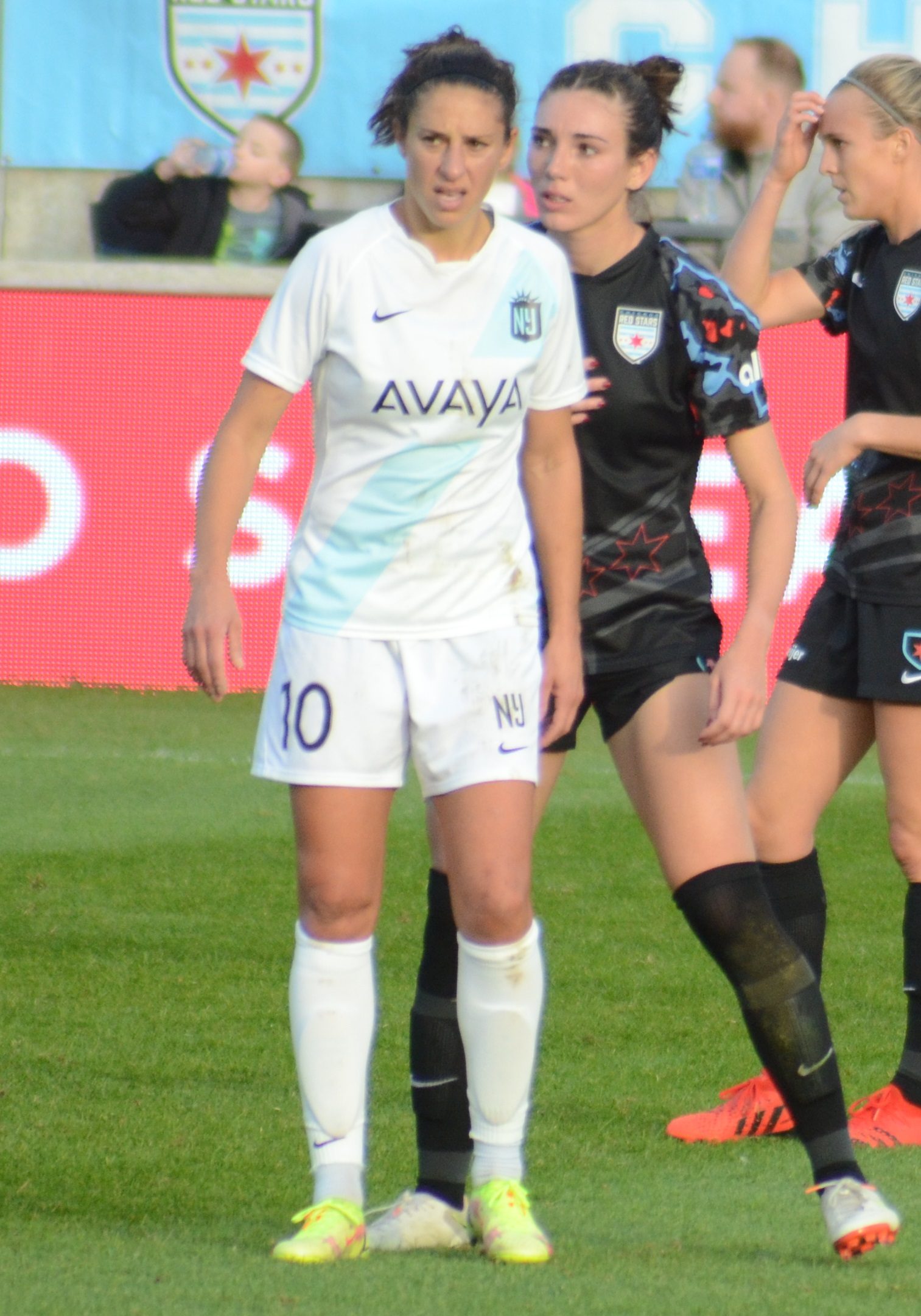 Legend Carli Lloyd, left, and Orland Park’s Tatumn Milazzo get ready for play to resume in the second half of Sunday’s playoff battle. This turned out to be Lloyd’s last game, as she is retiring from the NWSL and the USA national team. Photo by Jeff Vorva

Gotham’s Carli Lloyd played her final game on Sunday. The international superstar announced her retirement in August from both NWSL and the United States Women’s National Team.

She got emotional when talking about the final half of the game.

“I kept looking at the time and time was running out,” she said. “It’s really sunk in now. It’s unfortunate we couldn’t win and go on, but this is it. This is real.

“It’s been a real special run and a special journey.”

This is the third time the Red Stars hosted an NWSL home playoff game in Bridgeview.

The first came Sept. 3, 2015, when they took a second seed into the game and were upset, 3-0, by Kansas City in the semifinals.

The second came Oct. 20, 2019 when they beat the Portland Thorns, 1-0, in the semifinals with Samantha Kerr scoring in the eighth minute. The Red Stars went on to lose in the championship game, 4-0, to the Carolina Courage.

The Chicago House gave up a quick goal to the Los Angeles Force in the seventh minute Nov. 6 in Bridgeview.

But the House scored two in the second half as Wojciech Wojik put one in the net in the 52nd minute and Ian Cerro added what turned out to be the game winner in the 88th minute of the National Independent Soccer Association thriller.

The House, 6-8-2, moved into sixth place in the 10-team league. It hosts two more home games to finish off the NISA fall season.