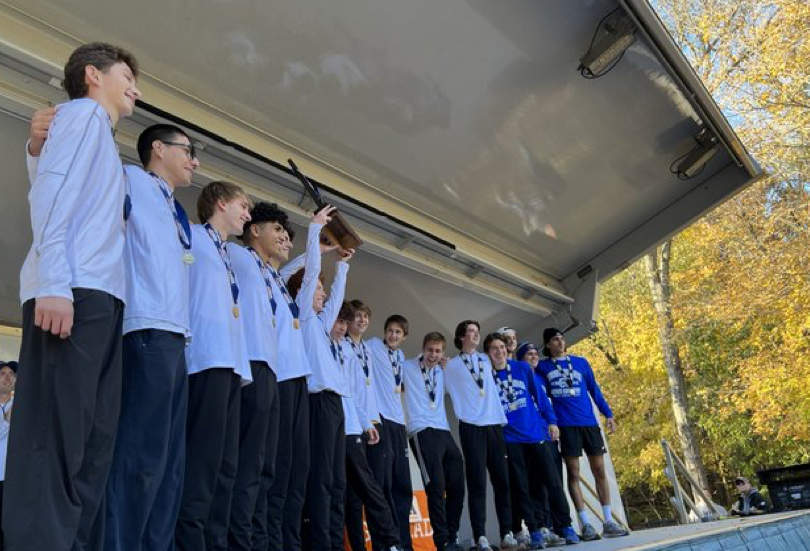 Some exhaustive research combined with a little computer wizardry came up with the prediction that Sandburg would win the IHSA Class 3A title by 106 points.

A simulation created by Illinois XC Speed Ratings used each state qualifier’s “previous four rated performances and season rating 1,000 times,” then took the average finish and scored that, according to the Speed Ratings website.

The computer spat out the data with Sandburg scoring 99 and Hinsdale Central as the runner-up with 205.

The actual meet took place on Saturday at Detweiller Park in Peoria and the Eagles couldn’t quite live up to the computer’s lofty projections, but they did win the state title in convincing fashion, scoring 130 points. Hinsdale Central finished second with 175 and Downers Grove North third with 179.

Those three teams had battled it out one week prior at the Hinsdale Central Sectional.

This is the program’s second championship with the first coming in 2015, when the Eagles scored 79 points and won by 38 points over Lyons.

Even though the MileSplit Illinois website had the Eagles No. 1 in the preseason, veteran coach John O’Malley was having none of it. With the 2020 state meet wiped out because of COVID-19 concerns, he wasn’t ready to accept the designation until the season was over. 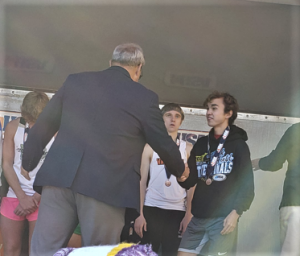 Marist’s Jake Phillips closes his career out with a fourth-place finish in the state in Class 2A. Photo from Marist High School.

Now that the season is over, he knows this team earned a special accomplishment.

The Eagles were led by senior Declan Tunney, who took fifth place with a time of 14 minutes, 29.28 seconds.

“He’s amazing,” O’Malley said. “He blows me away. He’s so tough and so composed. He’s a coach’s dream. You just never worry about him. He gets it done every day.”

Tunney said that when he was a freshman, he never envisioned a state title in the team’s future; but over the years, the training and culture of the team helped his team improve.

He said the team never let the preseason rankings put pressure on them.

“We knew there was a ton of good teams,” he said. “We just went out each meet and ran our hardest. We tried not to get wrapped up in the rankings.”

In Class 2A, Marist senior Jake Phillips had a huge race finishing fourth with a 14:50.29 for all-state honors. He saved the best for last as that was his personal-best time.

In the girls races, Marist finished 25th in Class 2A with senior Emma Karczewski leading the way with a 69th-place finish.