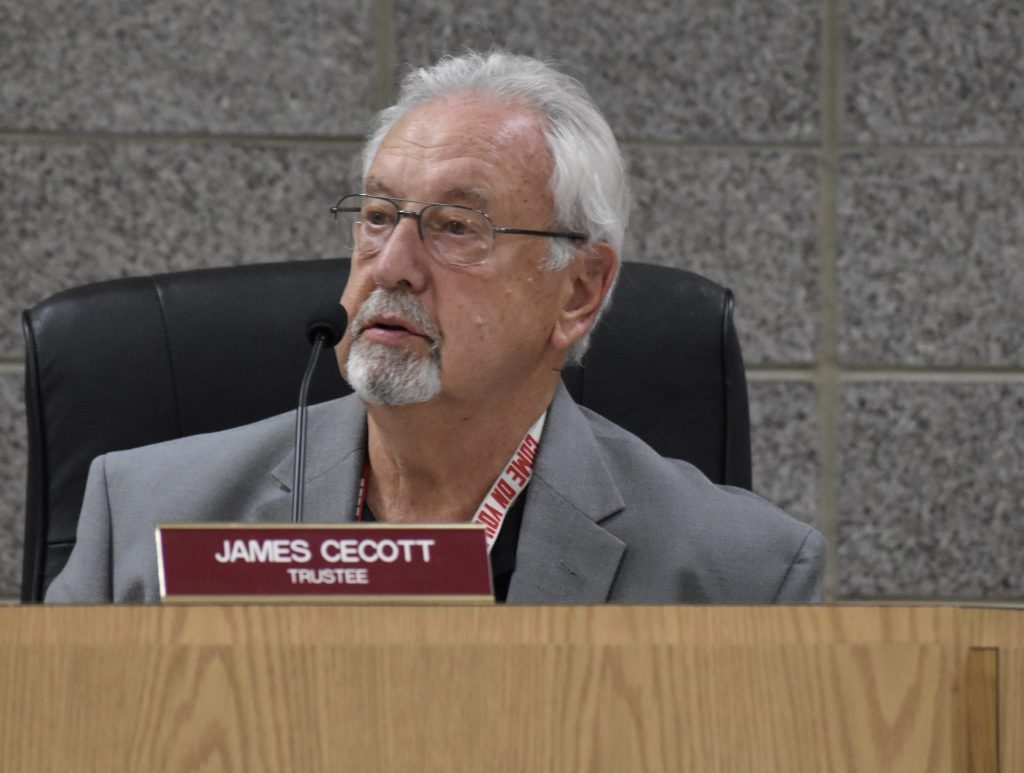 Bridgeview Trustee James Cecott discussed a project that will see work on three lots at the village hall. (Photo by Steve Metsch)

The Bridgeview Police Department has a new part-time officer.

Nicole M. Davis, who formerly worked a year for the Frankfort Police Department, was hired by the village board at its Nov. 3 meeting.

“They help support the full-time officers so they can complete their duties,” Mancha said.

“They’re great to help as added manpower with events, everything, vacations,” Mancha said. “It allows some of my guys to take some extra time off if they need to.”

Part-time officers can work up to 1,500 hours a year, which comes to about 26 hours each week, Mancha said.

In other business, the board approved several public works projects.

The board agreed to pay Schroeder & Schroeder $115,134 for concrete work around the village.

“We’re going to fix up some sidewalks that are in big need,” said Trustee James Cecott, who oversees public works and public buildings.

The winning bid was the lowest of three received, and came in under $153,913 estimate from Robinson Engineering.

The board also approved a $419,692 bid from M&J Asphalt Paving Co. to pave the village hall parking lots.

That was the lowest of four bids received and under the estimate of $444,042.

“All three parking lots on this corner, the ones to attend village hall meetings and different things,” Cecott said. “Hopefully that will be done before the end of the year.”

The board also approved renewal of an insurance policy for workers’ compensation and property liability.

The policy costs $691,723, and represents an increase of 4.2 percent from last year, Trustee Michael Pticek said.

But it still represents a savings of about $300,000 because the village is self-insured, Pticek said.