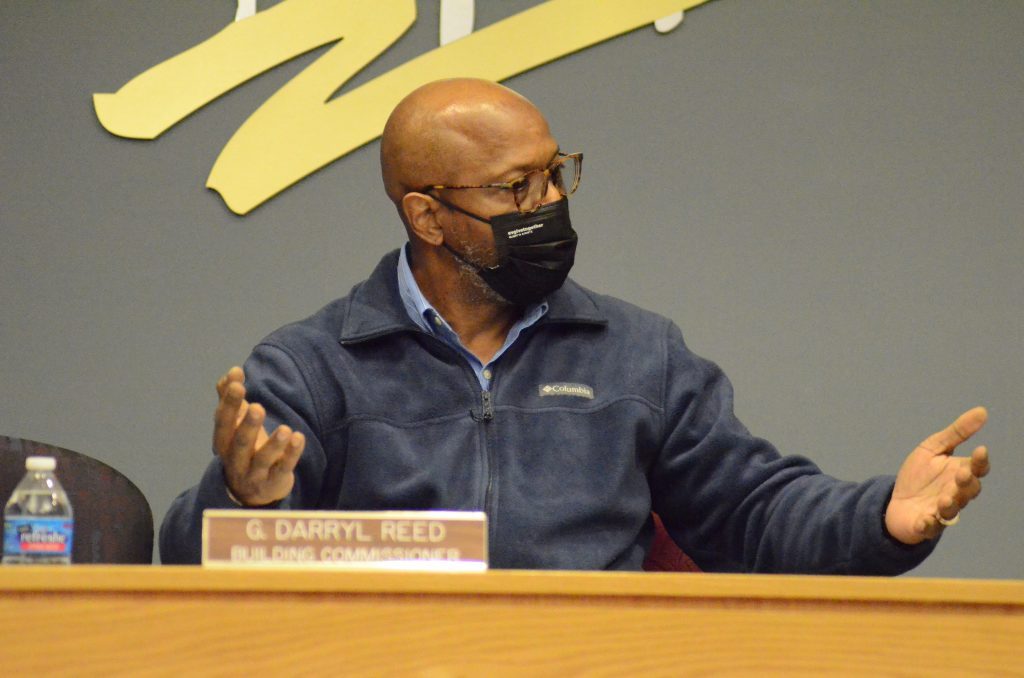 Other members of the village council also didn’t appear overly eager to make a decision so the issue will be continued at the Nov. 22 meeting.

At the previous board meeting on Oct. 25, Mayor John Mahoney brought up amending liquor licenses around to allow six businesses the opportunity to put gaming machines into their establishments with restrictions. He also wanted to consider a change to an ordinance from 2010 to allow for the gambling machines to be allowed in the village.

The council did not decide that night and they didn’t decide on Monday night, either.

The commissioners and Mahoney don’t seem to feel strongly about bringing the machines to town, but they do think that it’s a good idea to help out struggling businesses.

As of now, Cog Hill Golf and Country Club and the new Tavern on LaGrange, 12900 S. LaGrange Road, are the only two who have made requests at this time.

“This is not for the purposes of brining in revenue to the village,” Commissioner Nicole Milovich-Walters said. “It’s going to be pennies in relation to the big picture. The people who want video gaming feel like they are losing business to neighboring towns to places that do have video gaming.”

At the previous meeting, Reed implored residents to let the council know what they need. He repeated that plea.

“I have not reached any type of conclusion,” he said. “We’ve been getting information from folks in the village expressing concerns about what it is that we’re doing.

“Is this going to be a problem? We don’t know. But I really, really think that if we live in a democracy, we need to solicit more input. I’m just not comfortable taking this leap at this time. Tell us something, folks.”

Commissioner Dan Polk said he has heard some negative reaction to the idea.

“People have pointed out that they don’t want legalized gambling in Palos Park,” he said. “I’ve got news for you. We’ve been gambling in Palos Park for years. I would be willing to bet that anybody who shops at the shopping center at Jewel-Osco has walked past a gambling machine every time they have walked into that store.

Mahoney called a vote to continue this until the next meeting and it was unanimously passed.

“I have no compulsion to do this in a rushed manner,” he said. “I have trepidation on this issue. I’ll do my best to reach out to the residents on social media before the next meeting and try to get as much input as we can.”

Only one citizen spoke at the meeting about the issue and was in favor of it.

“I thought there would be a larger turnout,” Palos Park resident Gary Schultz said. “I don’t see anything wrong with it. We’re more or less like an island here because most of the communities around us have it.”