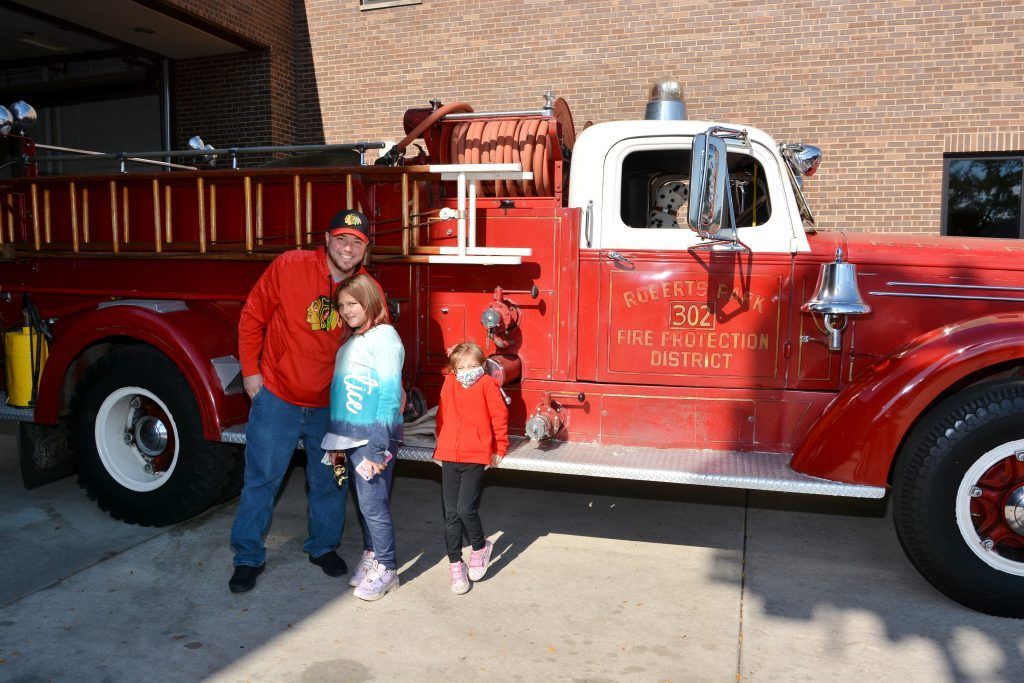 Residents take a photo with the district's first fire truck purchased in 1949. (Photos by Don Pointer)

The Roberts Park Fire Protection District, which handles fire and ambulance calls for the Village of Justice, City of Hickory Hills, nearby unincorporated Cook County, the Interstate 294 Tollway and Cook County Forest Preserve, is celebrating its 75th year.

The district has two fire stations, one at the Justice Village Hall, and one on Roberts Road, just north of 87th street in Justice.

A celebration was held recently in October at Station 1 on Roberts Road for the anniversary, which was held in conjunction with National Fire Prevention Safety Month. 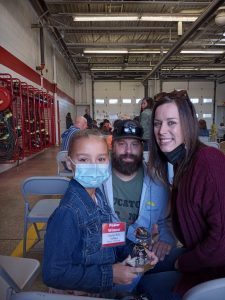 Kaylyn Betz, 1st Place winner for 3rd Grade in the poster contest, with her parents, Joe and Kaylee. (Supplied photo)

Fire Chief Jeff Ketchen said it was a celebration for the community, and past district members. “We had between 200-250 people here, and it was a great event. The weather cooperated and everyone had a great time.”

One of the attractions was a chance to see the first truck the department ever owned that was bought new in 1949.

“A private collector in the northwest suburbs had it for 30 years and contacted me” said Ketchen. “He had an interest in selling and, so I bought it myself as a private citizen. No taxpayer money was used.”

Ketchen said the truck runs and isn’t in bad shape, but he may have some work done on it to make it more sound.

The day was filled with events including a presentation of awards to local students from Indian Springs District 109, North Palos District 117, and St. Patricia, who were given awards for coloring fire prevention posters.

There was also an auto extrication demonstration, in which the the crowd was able to see how firefighters can take apart a car to get someone out in an emergency.

Tours were given to those that wanted to see what Station 1 looks like inside.

Retired Fire Chief Joseph Fijalkowski shared photos from department archives to show how things used to be and equipment that was used in the past. He also gave talks on fire prevention, and told the crowd the best ways to try and keep their homes safe, and what plans should be in place should an emergency situation ever arise.

A good time was had by all between seeing the emergency vehicle displays, enjoying a taco stand and other treats, and department personnel meeting area residents and reconnecting with past members.

The Roberts Park Fire Protection District got its official start in 1946, organized by a group of concerned citizens. One of the great moments of the celebration was when the oldest former member of the department, Jim Peters of Bridgeview, who’s now 94, reminisced about going door to door selling tickets to buy that 1949 fire truck. It was something for him to see it again.

RPFPD Board of Trustees President Brian Bernardoni was pleased with the way the day went. “The public outreach that we’ve done with this event proved successful, and we intend to replicate it in years forward. It was a wonderful community event, in which the City of Hickory Hills, Village of Justice, Justice Park District, and School District 109 participated in. We look forward to future collaborations.” 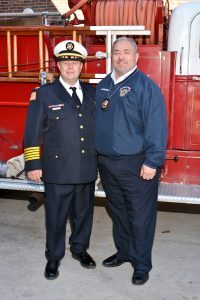 Bernardoni said the event was the pinnacle of a busy year. “This event highlighted an active year for the Roberts Park Fire Protection District. Congresswoman Marie Newman, Cook County Commissioner Donna Miller, and Cook County President Toni Preckwinkle, among others have toured both fire stations.”

In addition to being board president, Bernardoni was recently added to the Board of Directors of both the Northern Illinois Alliance of Fire Protection Districts, and Southwest Central Dispatch, which is responsible for dispatching within the region for Roberts Park, Palos Heights, Crestwood, Lemont and Chicago Ridge, among others.

They have a staff of 45 between full-time and part-time employees between the two firehouses. 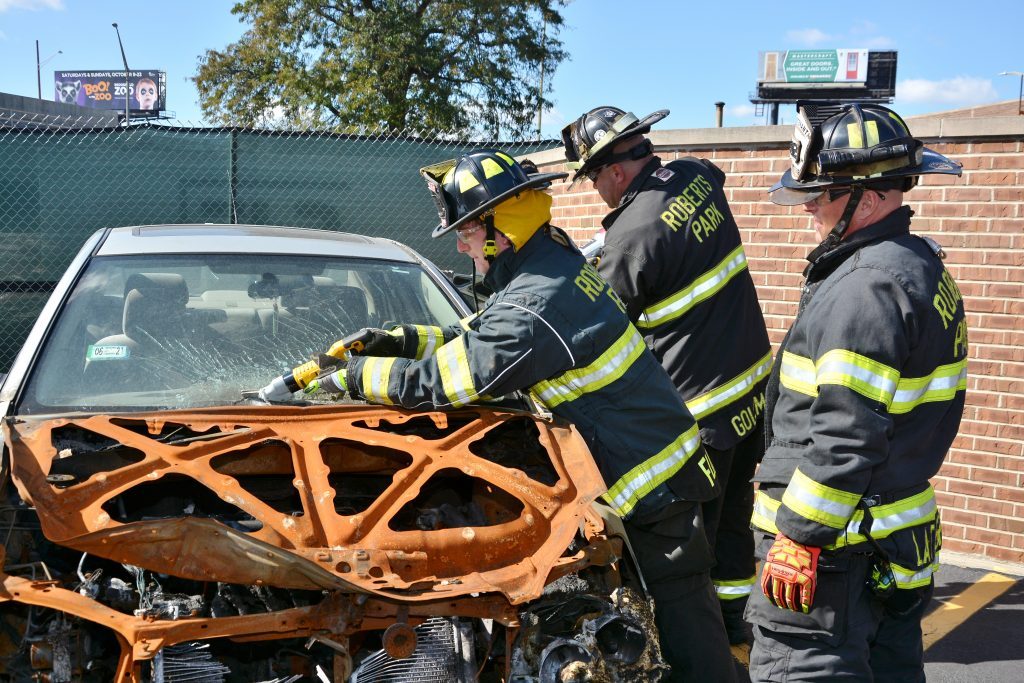 Firefighters demonstrate how to remove someone from a car.