Skip to content
November 11, 2021/Comments Off on Worth Veterans Day Observance recalls 9/11 sacrifices 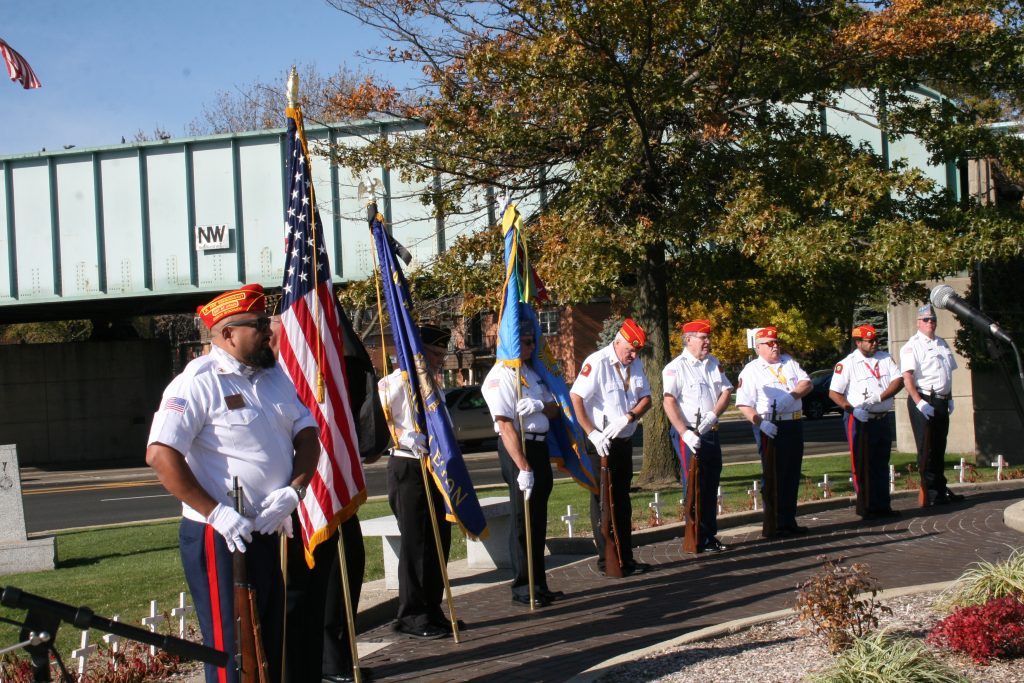 Members of the Burbank Detachment Color Guard Chapter 072 stand at attention during the Veterans Day Observance Sunday morning in Worth. (Photos by Joe Boyle)

Sunny skies and warmer temperatures were a welcome sight for the annual Veterans Day Observance on Sunday morning in Worth.

Worth Mayor Mary Werner reminded a large crowd that attended the event at the Eternal Flame Memorial at 111th Street and Harlem Avenue that the day should be remembered for a lot more.

“Twenty years ago, our country was under attack,” Werner said. “After the attack, we had 72,908 who enlisted in the reserves. After 9/11, we had many who joined the service who did not consider joining the military before. But after witnessing the 9/11 attacks, they joined the service to keep us safe and for ensuring our safety at home.” 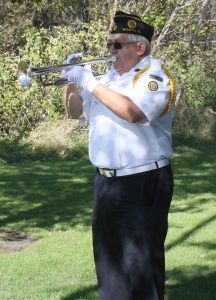 Rich Przybycien plays “Taps” at the conclusion of the Veterans Day Observance Sunday in Worth.

On Sept. 11, 2001, militants with the Islamic extremist group al-Qaeda hijacked four airplanes from Boston’s Logan Airport and carried out suicide attacks on U.S. soil. Two of the planes were flown into the twin towers of the Word Trade Center in New York City.

A third plane hit the Pentagon in Arlington, Va., and a fourth crashed in a field in Shanksville, Pa. Almost 3,000 people were killed during the attacks.

U.S. Rep. Marie Newman (D-3rd) also spoke at the observance and thanked all veterans for their service.

“This is such a beautiful ceremony,” Newman said. “We often take our freedom for granted. I ask us to remember the veterans not just today, but every day.”

Newman said her father was a veteran who died in April. She often thinks about him and told the crowd in attendance to offer prayers for the veterans and their families.

The placing of wreaths at the Eternal Flame Memorial took place by representatives of Marrs-Meyer American Legion Post 991 and its Auxiliary Unit, SAL Squadron and the Riders Post. The Disabled American Veterans Chapter 84, represented in part by Vorderer, a 1967 Vietnam Army veteran, also placed a wreath at the memorial.

The Worth Lions Club and Worth Park District officials also took part in the ceremony. Worth trustees Brad Urban, Laura Packwood and Kevin Ryan also placed a wreath at the memorial.

Michaela Werner, the granddaughter of the mayor, sang the national anthem at the opening of the observance and “God Bless America” near the conclusion of the ceremony.

Terry Mahaffay, commander of the Marrs-Meyer Post, and Werner also thanked the contributions of the Worth Park District and the North Palos Fire Department for their efforts in organizing the annual event.

Robert O’Shaughnessy, director of the park district, said the monument has been refurbished by staff and volunteers but more works needs to be done. They were joined by members of the Marrs-Meyer Post in renovating the monument.

“We have been working on this for the past year,” O’Shaughnessy said. “We have cleaned the stone. We have improved the irrigation around it and filled many of the cracks in the monument.”

Mike McElroy, president of the Worth Park Board of Commissioners, pointed out that additional lighting has been installed around the monument.

The mayor was appreciative of the members of the auxiliary, who provided doughnuts and coffee before the observance at the firehouse. A reception was held after the ceremony at the Marrs-Meyer Post.

“We can never forget those who have served our country,” Werner said. 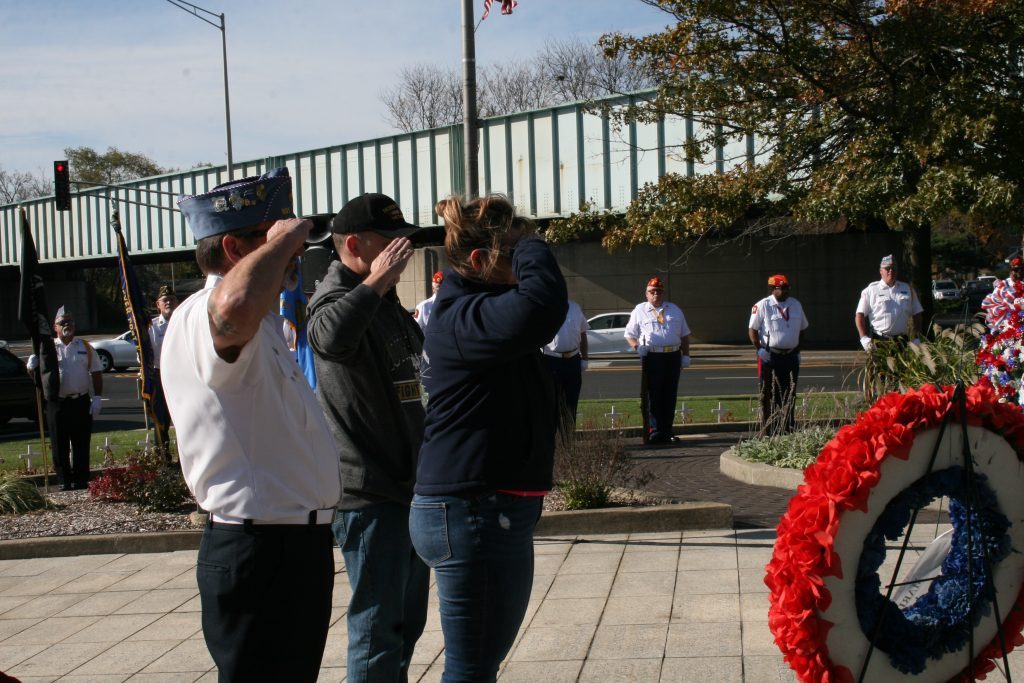 Worth trustees (from left) Brad Urban, Laura Packwood and Kevin Ryan salute after placing a wreath at the Eternal Flame Memorial Sunday during the Veterans Day ceremony.