Skip to content
November 17, 2021/Comments Off on Forest View salutes veterans on their day 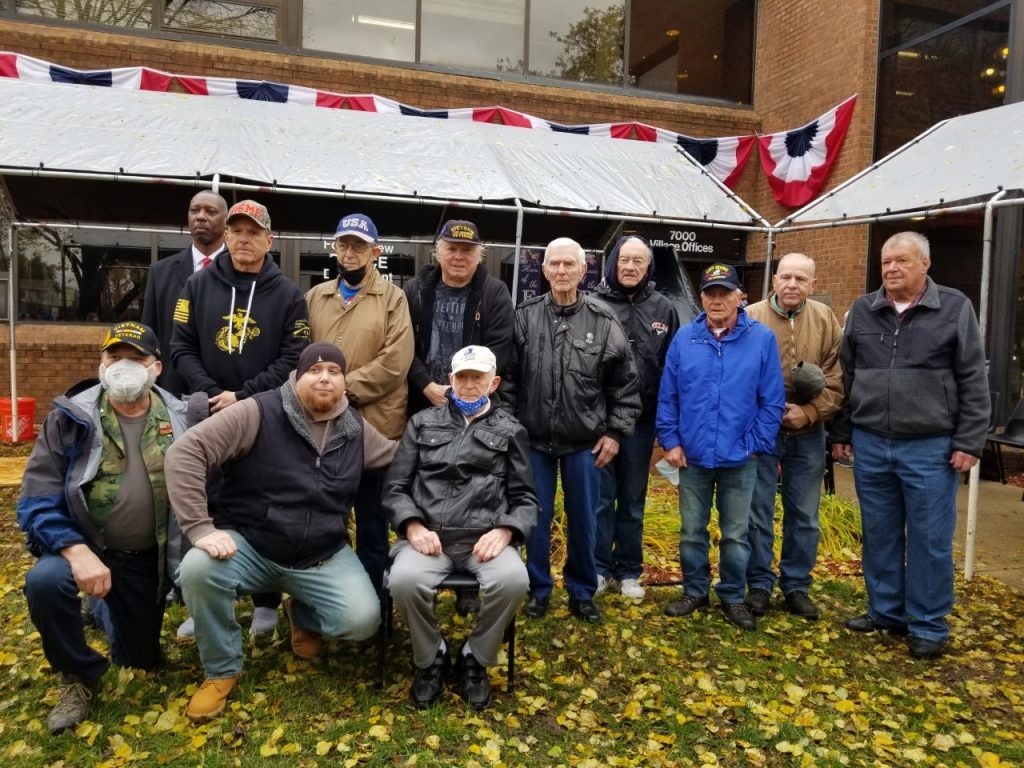 Despite the cold rain and wind last Thursday, many turned out for the first ever Veterans Day ceremony at the Forest View Village Hall.

Veterans, village and state officials, residents, and students from Home Elementary School in Stickney started making their way to the front of the building on 46th Street just before 11 a.m.

Tents were up, and the red, white and blue bunting was draped at the top of the building. 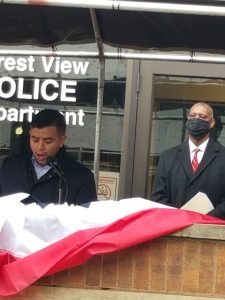 The program started with a welcome by Mayor Nancy L. Miller. She thanked everyone for attending the event, and particularly welcomed and thanked the veterans in attendance for their service to our country.

The flag was then raised, and fourth- and fifth-graders from Home Elementary sang the national anthem, which drew a nice applause.

After the crowd said the Pledge of Allegiance, the first guest speaker was Tony Zeman, Exalted Ruler of Brookfield Elks Lodge 1510. After Zeman, Anthony Vaughn, Assistant Director of the Illinois Department of Veterans Affairs, addressed the crowd. State Rep. Aaron Ortiz then thanked all of our veterans and welcome them to contact him for anything they may need.

Miller also read a proclamation honoring the 73rd anniversary of Lorraine and Tony Faikus, who moved to the village in 1953. Faikus is a World War II veteran and fighter squadron leader, flying 190 missions in the Pacific, and logging 520 hours of combat flying in four different fighters.

Miller then made closing remarks, and thanked everyone once again before all were invited in for refreshments.

There was a rifle salute to departed veterans, followed by a moment of silence. “Taps” was played by Tom Day of Bugles Across America to end the ceremony.

When the program ended, Miller said she was pleased with how everything went. “I thought it was a wonderful tribute. It was nice to see so many people come out and be a part of this beautiful village ceremony.” 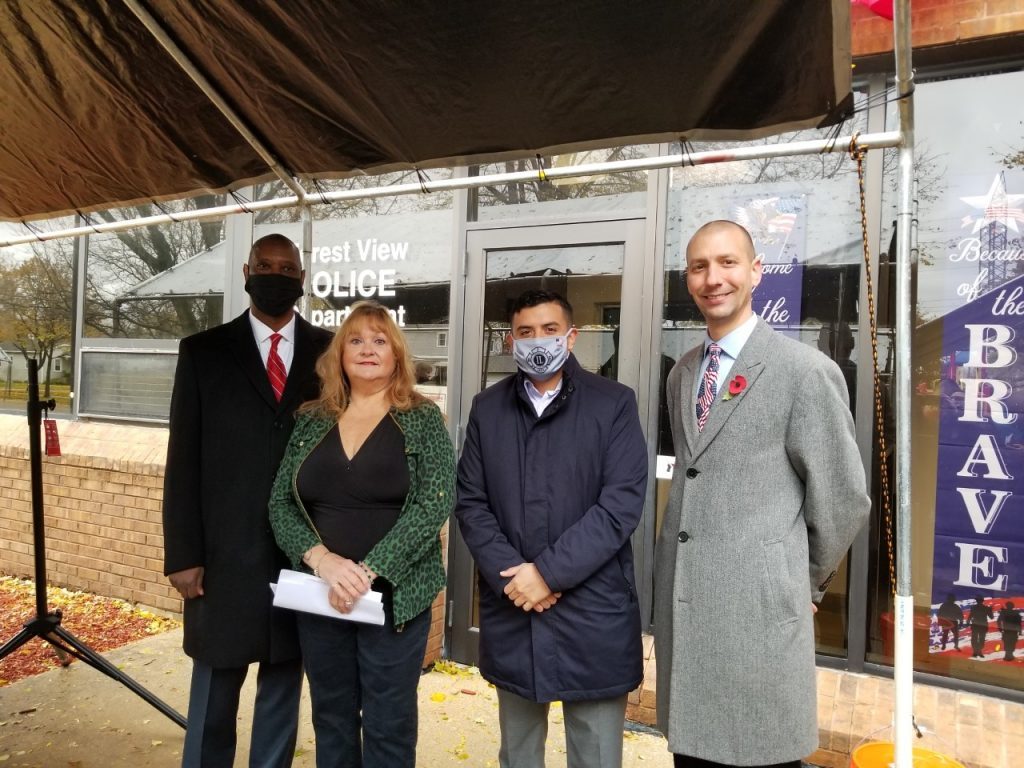