Skip to content
November 17, 2021/Comments Off on Orland Park honors veterans and their families 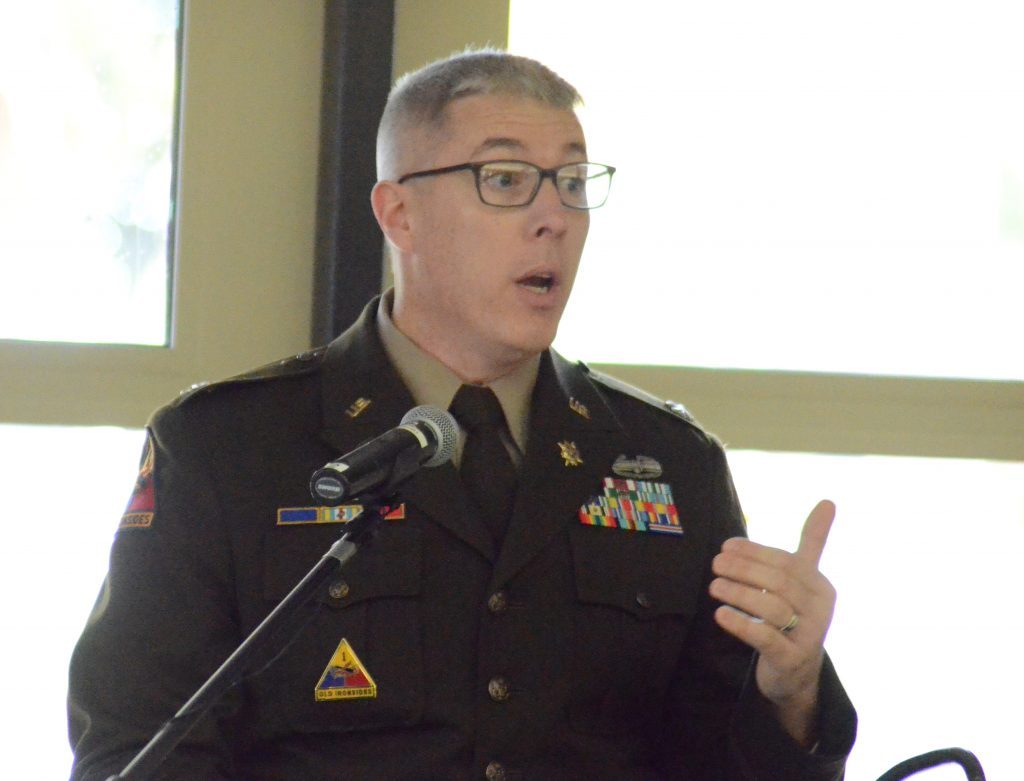 Hannigan, a 1998 Sandburg graduate who is a lieutenant colonel in the Army in the St. Louis area, scanned the crowd of more than 200 at the Orland Park Civic Center on Veterans Day and said he wasn’t sure what wisdom he could impart to them.

“There is a lot of service in this room,” Hannigan said. “Who am I to address you? What does a young man like me have to offer this crowd?

“To be honest, I’m a little uncomfortable speaking. In this room, I’m a little bit nervous. I know the Orland Park service. Orland Park has served and has honored service for as long as I could remember growing up here. Your service is a thread from my childhood and the childhoods of your children, perhaps grandchildren, nieces and nephews.”

Hannigan added that when he was a freshman on the Eagles swim team, one of his senior teammates was ready to go into the military.

“This community serves,” he said. “And not just for service. We prepare for war, and we pray for peace in Orland Park. Orland Park know many sacrifices that peace and freedom require. Orland Park serves and that’s why I was so nervous to come here.”

In 2021, Orland Park has had several military events including nights out in the summer with music. Some veterans were honored in front of large crowds during Taste of Orland. 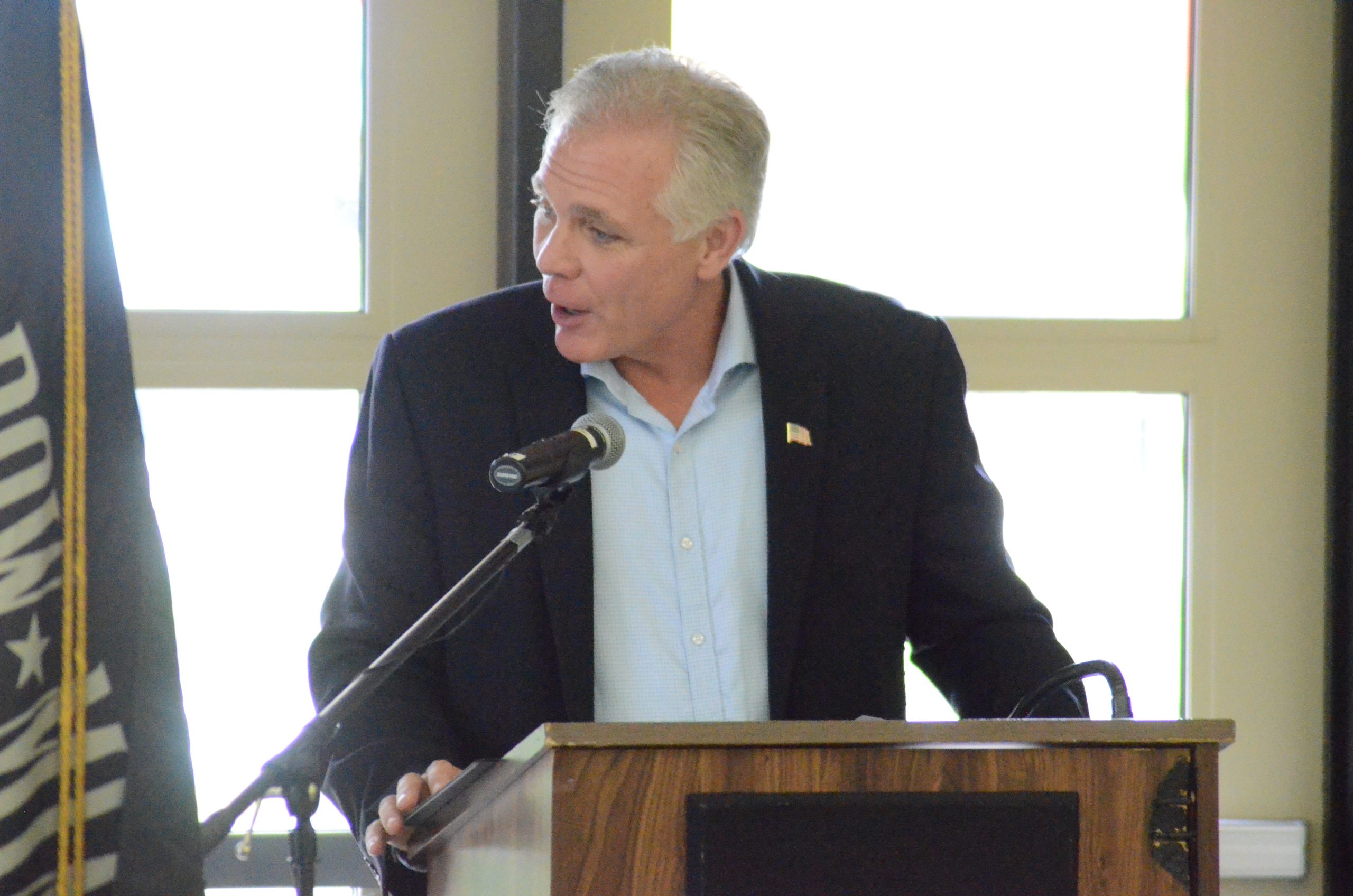 Orland Park Mayor Keith Pekau gave thanks to veterans’ families during a Veterans Day ceremony in the Civic Center.

Mayor Keith Pekau, who was a captain in the Air Force, was another speaker during the Veterans Day event.

While those who served get plenty of accolades, Pekau pointed out the role of the support system for the veterans.

“Family members often bear the brunt of veterans’ service,” the mayor said. “I know this firsthand. There were three deployments and countless other assignments. There were missed birthdays. Missed holidays. Missed special events. And missing three months of two pregnancies, which I think I still pay for.

“If it wasn’t for you, all of the veterans today couldn’t have served without the support of our loved ones.”

Jim Kruse, of Hickory Hills, also spoke and gave historic perspectives and said, “The American veteran is a symbol for what America stands for.

“We all raised our right hands and swore we would defense our country and our constitution from all of our enemies – foreign and domestic, even if it meant giving up our lives.”

Kruse said that 2 percent of the people in this country have served.

“That’s the best damn 2 percent in the country,” he said. 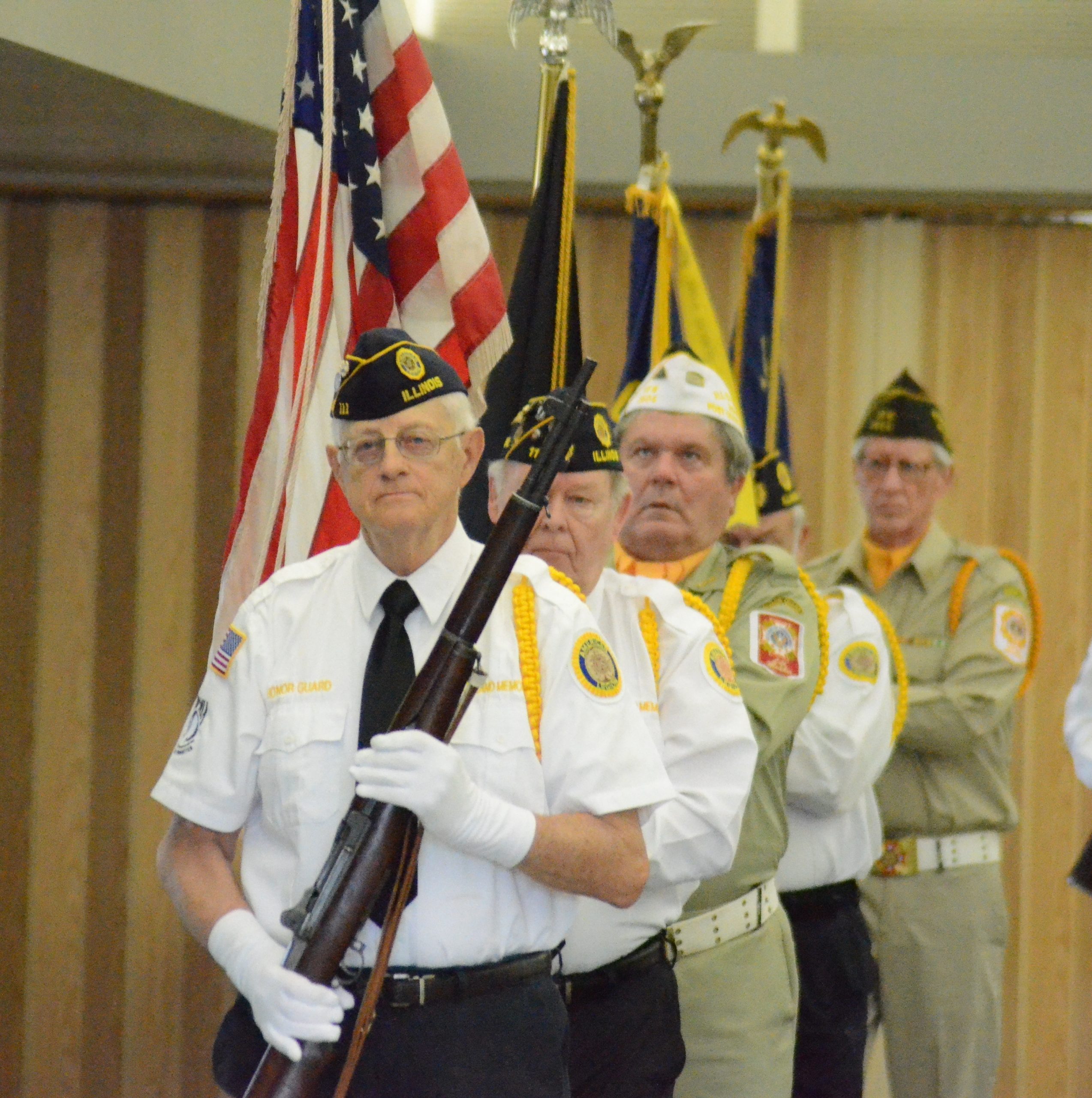 Veterans groups from the area presented the colors at the Veterans Day event.